As early morning sunlight filtering through low clouds sends its long pointing fingers across the village, my assessment on the last few weeks point forward fromto past for me to somehow debrief the different occurrences and happenings that will shape our future courses while the results of the month are still fresh in my mind. 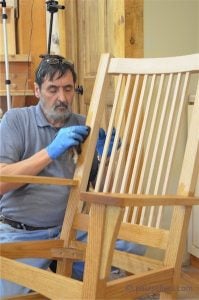 Though shaping the course is critical for ongoing improvement, it’s also important to offer a course that brings substantial development in shaping the lives and future of those who come. I think that it’s most unlikely that apprenticeships will ever return in the future, well, in the fullness they once did anyway. For the main part it’s also unlikely that those in white collar jobs will want to become workmen of minimal status and non professionals. It’s a strange anomaly really that good craftsmanship is available to anyone yet no one wants to be unrecognized in what they make, as they in times past did. I walk through buildings and past furniture made by men two hundred and more years ago and wonder what the man was that carved the leaves with such intricacy or made joints with such clean lines on the shoulders. Today we see those things, but bit by bit they disappear, slowly the levels are dumbed down and we lose what we once had. I, as a competent woodworker, have become recognized, even internationally. When it comes to the work I have done there are few more qualified, but, in the early half of the last century i would have simply blended into the workforce of Britain and made furniture without my name even being known. I had a long period when that was how it was and I liked it that way. Most highly skilled craftsmen of old had much more than we have today. They were contented in their work and sought nothing ,re from what they made than an honest day’s pay. They didn’t seek fame and glory and neither did they get it. Peace came with what they did. In a sense they were enshrined in wisdom and contentment. That was worth everything. They were workmen.

I said all of the above to preface the reality I find that many so call hobbyist woodworkers ( term I hate) have in their way that same sense of contentment when they start working wood because they love doing that and they are not trying to be recognized as somebody. A fellow I knew kept entering competitions. When he didn’t get first or even second place he felt cheated and never recognized that the work of others had qualities his didn’t. Replication is a fine thing, but new designs carry a quality that cannot be replicated. My reasons for disliking the word hobby so strongly is because it carries a certain second rate connotation when in reality it might well have been a first rate vocational calling latently developing in a modern culture that has redefined how we work to the point that we no longer are able to actually make our living from it. I think that this is an important point in people wanting to develop not a hobby but a large percentage of their lifestyle. Life style should indeed be two separate words to convey the strengths of two dynamics. Life form is the way we live and work. It’s culture empowering the creative spheres of our daily life. A very beautiful thing when you discover that the power of real woodworking is actually captured in the hand tool realms more than machines.

← Old sawsOn the frog in your throat →