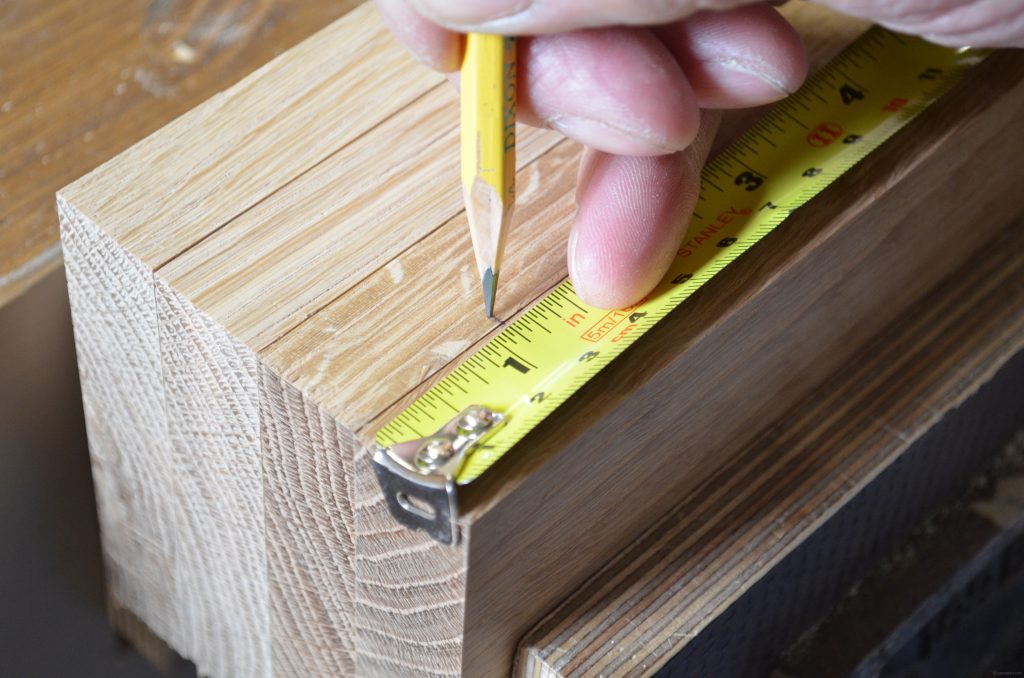 We seem almost besotted with giant tape measures in our western world of woodworking, but of course in construction they are now essential. How we managed before they were developed to what have today I don’t know. I grew up with a three-foot four-fold Rabone rule made from boxwood and I still use it at the bench in the UK. What on earth FatMax means to the Stanley name of woodworking I don’t pretend to know, but I would that someone would come up with a standard furniture maker’s tape measure of 12 feet max, a little thicker steel and exact measurements with both metric and imperial in one tape. I would like a tape to last thirty year and keep it’s markings but tapes do wear out inside and out. I prefer tapes I can keep in my trouser pocket most of the time without feeling like I am carrying half a ton of steel around with me and one I can lock open, which most today do. Last year I worked with someone who always picked oversized tapes 30feet long. His tape took two hands to carry let alone stretch out and though he seemed content with it, when he pulled it out to measure with it felt more like a sword than a tape measure and it always seemed slow.

In many ways the metric system was devised to unite people separated by language. Had all countries adopted it there would be ease of information transfer throughout the continents. The USA has stuck to imperial measurement for some strange and unknown reason, but I too was raised with imperial and switched when Britain denied its independence to unite with mainland Europe back in the mid to late 1960’s. I like feet and inches. There’s something really archaically solid about it even though I understand the theory that metric is sensibly divisible through logic. I also think that 12 inches in a foot is a wonderful thing. To further my resistance, I liked it when Britain had 20 shillings in a pound, sold things in guineas, had 12 pence to the shilling, bought things for ten bob and half pennies were 1″ in diameter made from copper and could be easily drilled out to make an odd sized washer I need on something I made. All in all, things then seemed to have a worth.

For bench work it’s a rare thing to make a piece more than a couple of metres or a few feet long and so we need a tape that measures around eight feet and seldom more. That makes for a lighter tape, smaller in size that more fits inside the palm of the hand rather than a mere hand clutch and the one I personally favour the most is the Stanley 3 metre/10-foot Powerlock. This has a chrome case that looks like metal but is plastic. I have seen them in both a die-cast alloy and plastic through the 45 years since they first came on sale and both work fine. These tapes are well made though perhaps scarcer in the smaller size of 3 metre/10 foot. I see the prices range around £6-10 with the same numbers in dollars if you can find that size in the US. Ebay seems the best locator with most prices including free shipping. Also to consider, depending on where you live, these tapes can be located in metric only, English (imperial) only or the hybrid English/metric. For me the English/metric combo in any tape is a must because of course I use both systems equally by necessity.

In closing, some of the best tapes are the cheapest imports in coloured plastic casings and I am always picking them up to test for whether I like them. In the UK, B&Q has a low-priced tape in many colour choices and they seem to last for years, are lightweight with no hard corners so they slide in and out of the pocket easily. On all the tape measures for my personal daily use I remove the belt clip because its a bad practice to clip tapes to the belt when you are a furniture maker. A tape on the belt can badly damage a finished piece of work on the bench when you lean over the bench to work it or carry a work piece to move it and so on.