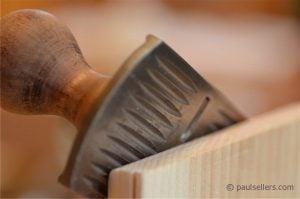 I am asked about these planes from time to time. Several makers have tried to alleviate the burden on we woodworkers who use planes beyond the workbenches of woodworking shows. I use a plane everyday and have done so for almost 50 years. I say that because although I run schools, teach masterclasses and train woodworkers I still make furniture and work wood. Try to remember that many people selling hand planes at woodworking shows and such and post online are actually engineers of some kind or another. They do not work wood at the bench and therefore what they present is often, well, a little skewed. It doesn’t take much digging to discover that people with an engineering background often develop skills to present their case. Anyone can shave a shaving from a piece of flat square stock if they prepare for it and they know they will be embarrassed if it doesn’t work and work well. It also helps if they have spent an hour sharpening the tool for the showmanship; success is generally guaranteed.

We unsuspecting woodworkers come along and are wowed by a slither of wood emerging from the throat of a plane because we never got that with our planes at school when we were 13 and we didn’t really understand why we had to be there. So, an engineer, a guy called Steers, invented a plane the sole of which received strips of lignum vitae or greenheart into the sole of the plane. Well over 60% of the sole was this self-oiling wood, which on its own would glide over the surface of a board like a swan on a lake. This aspect of the plane worked and worked well, the other parts didn’t. It was an attempt ,like the corrugated sole, to help us woodworkers so that they could sell more planes ad we would have the burden of wood-grabbing surface-sucking planes lifted from us. 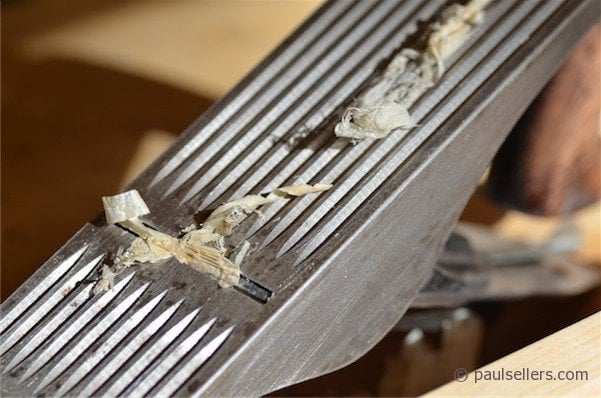 The corrugated sole was produced in Bailey pattern planes for a period with the intention of reducing the surface area of the sole to further reduce the friction of the plane on the surface being planed. Indeed it does do that, but it also damages corners and edges of wood when you start to plane angles such as chamfers or form bullnoses to things such as box lids, window sills and stair treads. The transition from wooden bodied planes was a difficult trial for those who were bent on engineering cast metal planes. Workers of wood, then, in those days now gone, knew the benefit of using all wooden planes and were hard to convince that all metal was better because it really wasn’t. Until you have used one of Phil Edwards planes, you have never lived. 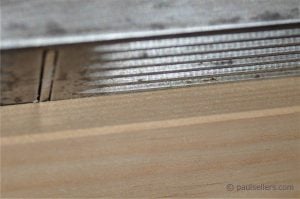 That’s how woodworkers felt and Stanley tried with all that they had to convince people that their planes were an essential tool. They even acquiesced and added wooden soles to their planes (US only). Anyway, corrugated soles grab shavings, especially super-thin ones that cling to the grooves of corrugated soles. Even flat soled planes do this. The problem inherent to corrugated soles is the grab and mush up in the grooves and on subsequent forward thrusts, damage the surface you are supposed to be smoothing. No craftsman I ever knew favoured these planes.

It stands to reason then that if plane users, not salesmen selling planes, rejected the lightweight #4, #4 1/2, #5 and #5 1/2 planes because they “stuck” to the wood then they would definitely have rejected heavyweight planes proffered today because all the more these planes stick with even greater stickierness regardless of whether they are made in the UK, USA or China. Wider planes stick even more and so too longer planes. Stick to lightweight planes if you are to use planes at the bench. They may not match wood, but they are light and easy to use and they will do what any heavy plane will do.