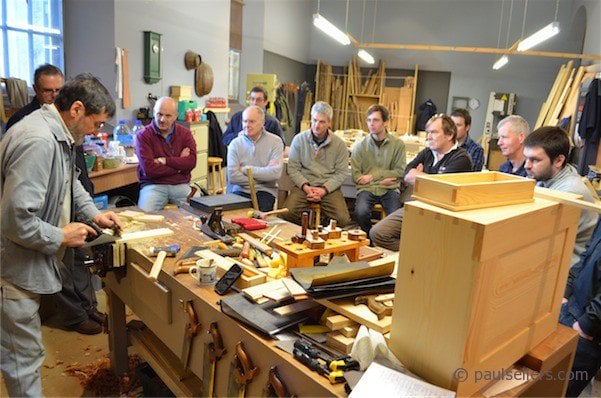 Thanks to my wife, Joseph, Abraham, Katrina and my friends beyond my family who work wood, support my work and bless me with friendship and care, this is the closing day of my year’s classes. The year has been full of challenges because our goals have seemed impossible, but it was only because things were impossible that they became possible. I have had so many times in my life where points in time have been like that. Today we concluded what was once a dream; a mere possibility and not a reality. New Legacy has become strong this year. Established. We started New Legacy with nothing. The faith we started with became the substance we could only at that time hope to become real.

This workshop closed my year’s work, which ended with eleven men achieving something they too hoped for. Beyond that there are some added hundreds we have taught since New Legacy UK and New Legacy US were launched.

The planes and saws rested alongside chisels and squares at 5pm this evening. We swept off the benches and then the floor and walked through the castle to the car park in the pitch black. 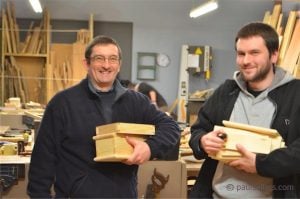 My brother Nick and nephew Luke walked with me as did my friend Phil. We called goodbyes into the darkness as other students left for Hungary and Ireland, parts of Wales and Scotland and England. I always have mixed feelings of sadness as people part, but then I feel happy because their confidence peaked and their interest once piqued entered realms of new reality working real wood with real tools in a real workshop. 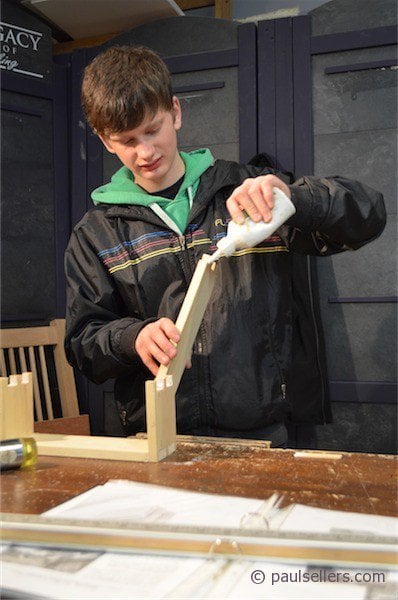 We did make the second project and I forgot to photograph it before we all left so I will get a picture tomorrow maybe. We laughed a lot really. My brother really enjoyed it and so did a young friend of mine, Ben. Phil is really good with the students and makes certain everything is just right for everyone including me. It was really good having Joseph in on Saturday who is very much a behind-the-scenes person who holds just about everything together on so many fronts.

Was the class a success? Absolutely This real power woodworking is for anyone and every one around the globe.