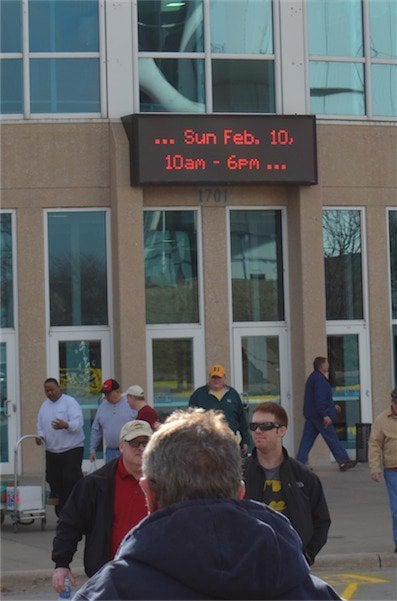 Traveling the circuit with the Woodworking Shows has been insightful for me. I can better connect with current trends, that’s true, but beyond even that, I see the damage in our culture that has created a sort of woodworking sterility cloaked behind the words “power woodworking.” Of course I am biased in my approach to woodworking and like many I question the whys and wherefores but I come from the very opposite end of the spectrum in that I rarely consider whether to use a router to cut a hing recess or whether to use a router to cut a dovetail. Fact is, I have never cut a a dovetail with a router because it was never necessary for me to do so. Countering some of the culture that defines woodworking as power tool woodworking can be difficult. Yesterday I crosscut a 1×4 as to men resting tossed sneering remarks toward me as I worked. That’s been very unusual in my experience at shows, but I continued squaring the ends with my #4 and went on as they watched to cut a half lap dovetail. I could see the two men visibly changes as I picked up the Veritas plow plane to run grooves for the drawer bottom and instead of cynicism I saw them start to embrace concepts they hitherto had not considered. This unlocking of the psyche always becomes visceral as they turn to one another and others around them to share in the success they see and feel. The success is my perfected joint or my ploughed groove, but the faith they feel that they too could do what I am showing them now that they have seen it done. 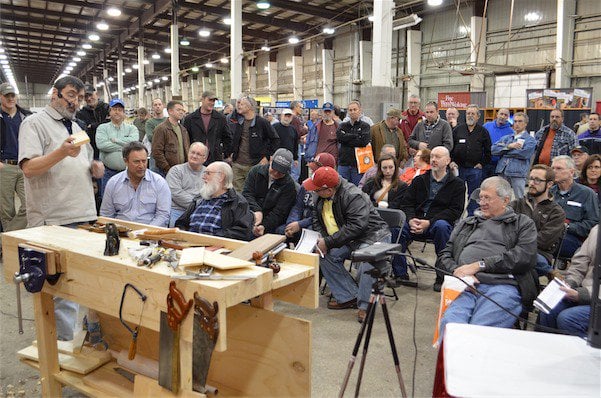 As I said, traveling the circuit from state to state gives me insight into both the positive and negative aspects of modern-day woodworking and the quest people have to make something that stands out from the crowd. I realized many years ago that people in every aspect of our western culture constantly seek ways of being accepted. If you are a musician, acceptance comes by your skilled playing. We woodworkers are of course no different, we want to be recognized by others as woodworkers of excellence and skill. There is nothing wrong with that I hear you say and of course that’s partly true. The problem I see is that that quest to to be accepted can indeed create barriers of separation as we unwittingly become, well, exclusive. 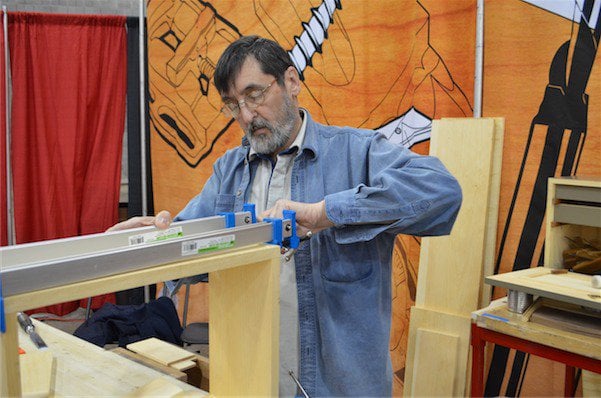 Meeting people at the woodworking show this weekend I realized once more that the real value in any teacher is if he can create a sphere of inclusivity by a power seldom seen or expressed: Humility replaces what I have just described above. The quest to be known and recognized is subsumed when the craftsman or woman loses his and her identity in the art of their work. This is when craft becomes the art of work and the artisan, still striving for excellence, loses himself in his work. He wants the work of his hands to express something higher than even himself. Losing yourself in your work means finding yourself in realms you may never have known. Just as it’s a powerful thing to be besotted with your own work, humility empowers us to pass on the knowledge and skill we have to others. Looking back, seeing growth, that becomes the reward in itself.

As an add on here this me gluing up the tool chest so i hope today to finish off the main carcass of the box. At the New Jersey Show I will make the drawers.