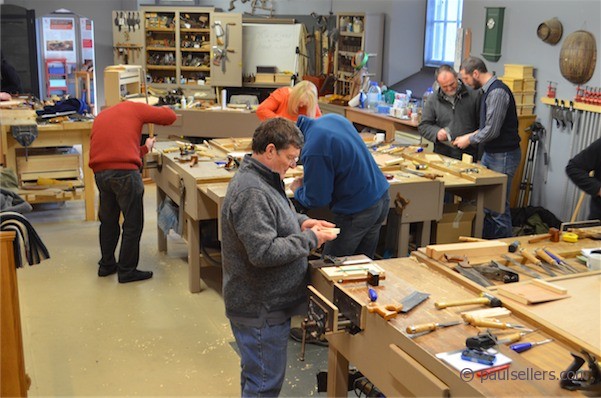 Yesterday was the first actual workshop workshop of the year and it was made all the better by the fact that we has a classful of people set on asking questions and listening to one another. The hardest questions to answer are the once never asked. How often do we sit there because we don’t want to appear foolish? That wasn’t the case at all yesterday. having been one of the few well-known woodworkers to actually have lived on to continents for extended years I see many very important cultural differences that directly affect experiences like woodworking. To avoid these realities would be wrong but did you realize that most British woodworkers have no machines and most North American woodworkers do. Now that may seem like a blanket statement and it’s not meant to be. Fact is, when I asked during my demonstrations how many woodworkers had a bandsaw, tablesaw and planer, most people held up their hands. When I asked how many had a router, all the hands went up. Yesterday, and many previous UK classes, I asked the same question and no hands went up. 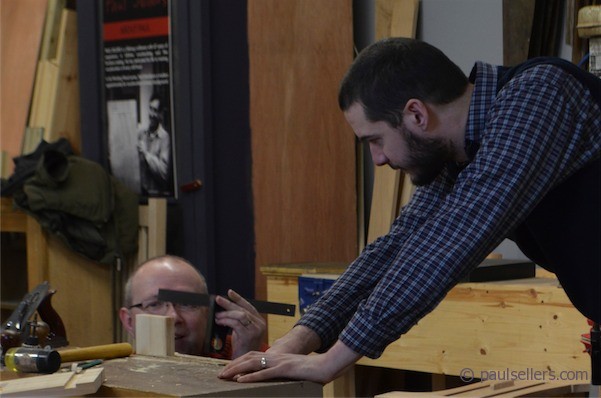 Not even for a router. In the USA workshops through the years, scarcely did anyone not finish all their projects, when in the UK we actually increased the time allowance and changed what we were doing because they were not finishing and they seemed not to worry about not finishing. The point? The British seemed to be enjoying the process minute by minute while the Americans were focussing on the end result being in on time. Both groups always seemed to find total fulfillment in mastering skills and developing projects and it’s this that makes it a real privilege for me to be a part of in that it’s changing people’s perspectives for the betterment of what they do and live. I realise all the more that it’s just different strokes for different folks. 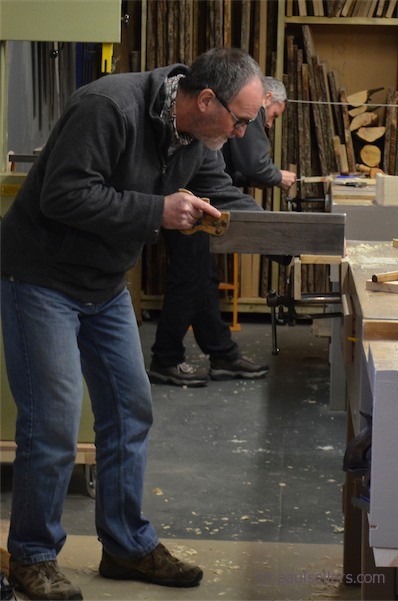 Yesterday was clearly one of those highs for me and I think also for everyone there. Seeing everything come together on time and in order takes a lot of behind-the-scenes work, but the work it takes is always well worth the effort when you see faces intensely engaged and and the flourishing smile when something really works for the first time. Yesterday there was man who had never used any woodworking tools in his life make his first ever joint with hand tools. For me, even the thought was moving. Bit like seeing your child read for the first time. He stood and said, “That’s my first ever woodworking joint. I never did that before.” 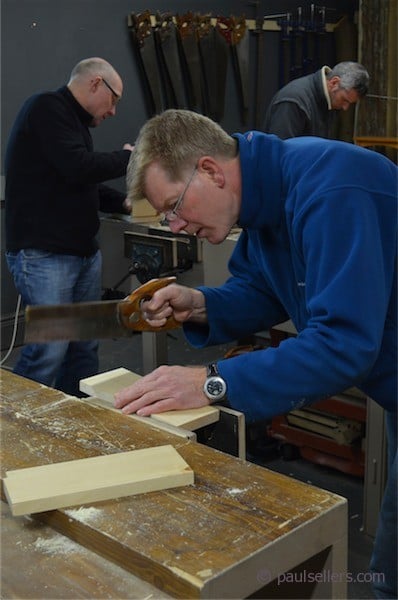 The class moved along quickly and the exercises challenged everyone once we got beyond the sharpening issues and got to the benchwork.

Phil has become a tremendous right hand in the workshops since his apprenticeship began a year or so ago. Some of you will remember John Winter from two years ago when he apprenticed with me. Well, he will be back for the three-month Community Interest Project later this year, so it will be interesting to see these two guys working together. This two-day course has a lot to offer to people who are serious about taking up woodworking and want to develop hand skills right from the get go. Yesterday was a demolishing myths and mysteries day for everyone so that as they embark on their future they will know how to avoid unnecessary pitfalls, expense and other such dilemmas yet be able to negotiate the path they choose to take. 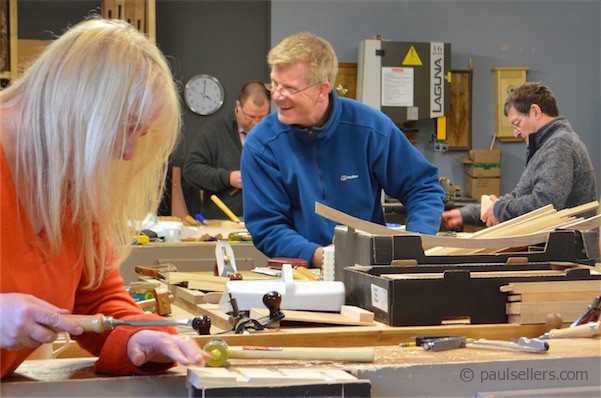 I could tell by the questions and the interaction that this group would be willing to make themselves vulnerable to find out what they needed to know. That’s a very positive way to progress, I can tell you. Down the road we will be filming some of this type of group work so that you will be able to see and hear what matters to other people around the bench.

The whole day was a blessing and as usual no one wanted to leave as we drifted beneath the Penrhyn Castle walls for home, hotel and B&B. The sun shone but the cold defeated its warmth through three feet of castle walls. It was a really lovely day all round.