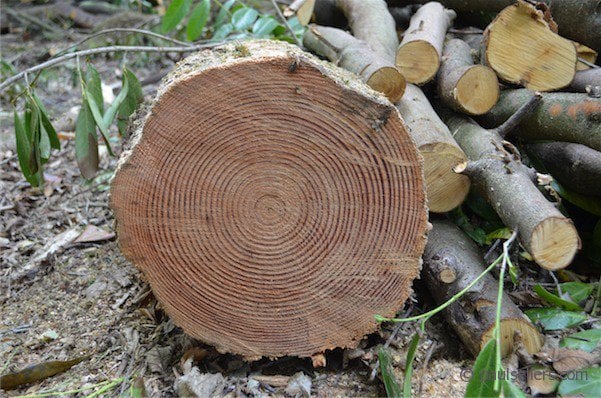 A tree fell two years ago. It was 38 years old so it started life from a seed that dropped into the soil somewhere between 1970 and 1973. This chain-sawn crosscut reveals the heartwood and records very consistent annual growth for the first 30 years. The latter growth rings also show consistent growth but much tighter rings record a 10-year period of a much slower rate of growth. From spike to root the height was 30 feet, but this tree grew beneath sheltering branches of beech and oak trees twice and thrice its height. The girth of two I measured, an oak and a beech, were 12- and 13-feet respectively. Two hundred years standing firm and rooted by the flowing river 20 feet below. The tree rests on fertile soil and will return to that same soil from which is life began. perhaps the next tree of its kind will live longer, grow stronger and climb taller. Should I harvest the heartwood and make something from it? Perhaps I should. Perhaps I will. There’s enough to make a workbench from what’s lying there in deadness. A toolbox or two. 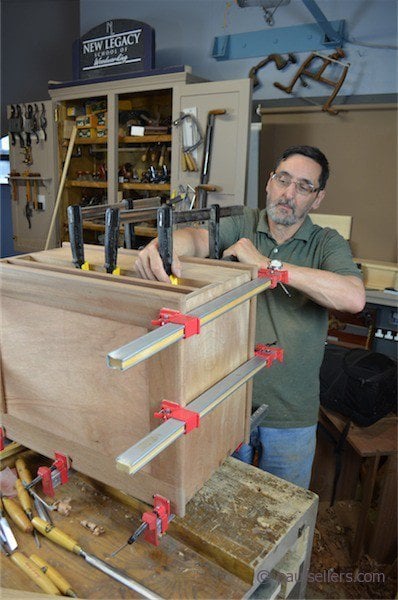 My toolbox joinery is together now. Glued up, I mean, and ready for hinging. The woodworkingmasterclasses series on joinery, boxes and tool boxes is nearing completion. We are about three-quarters the way through. Its very demanding, hard work and real. 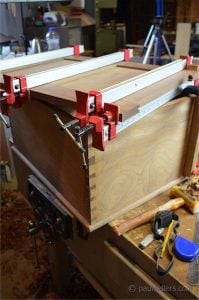 So glad we chose not to use machines in building it. So glad. The reward wouldn’t have been there. The sweat, the straining, the discipline, the reality. Some of you know what I mean. You’ve been there and you know the demands I am talking of.

My walks into the valley below where I live refresh me and the sights are often incomparable. I listen for the music no man plays and think thoughts of composition and texture no man wrote or could ever paint. 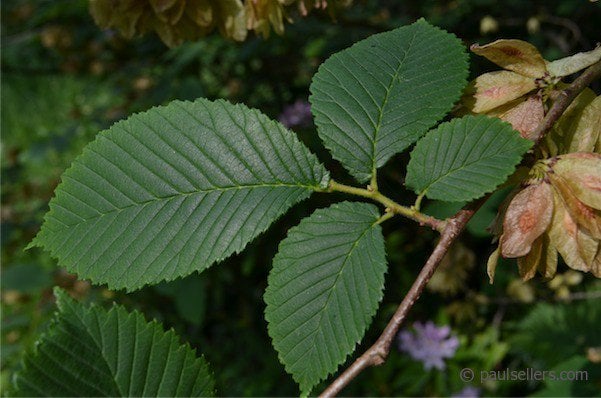 A hazel leaf and seeds colours my view and so too wild-growing rhododendrons with flailing branches now cut for the fire. 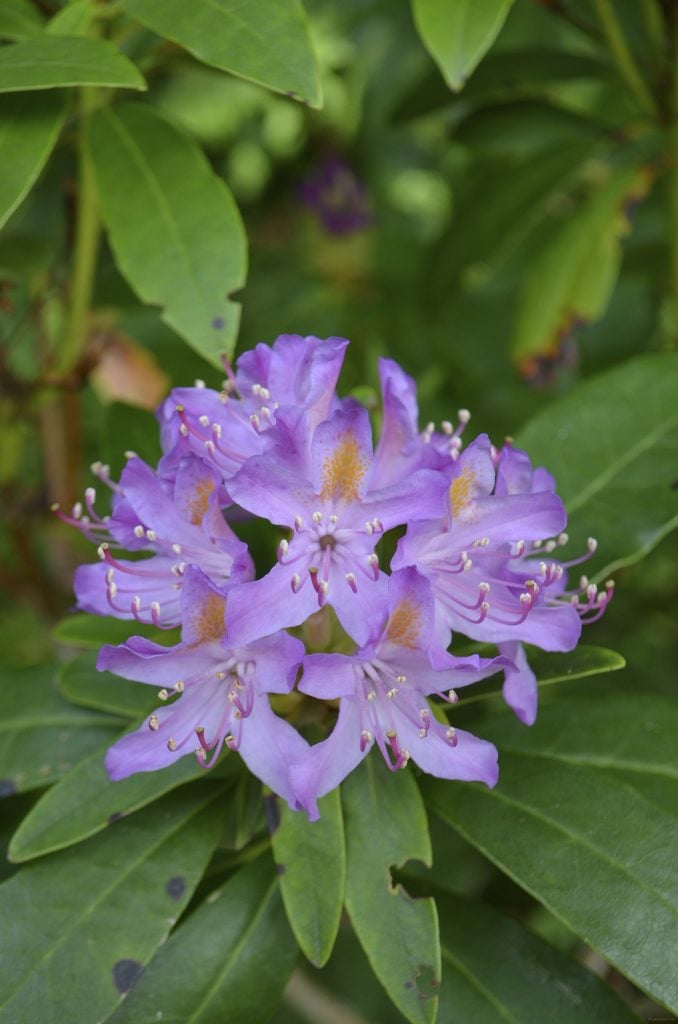 Massive trees subdue me as I rest beneath them and think of life contained within a skin of bark. An English robin hears me as I think. He sits nearby in wait that human life will bring food as the earth is moved by a foot tread stumbling up the slopes.

My wood and tools and worklife have meaning in terms that soon will be lost to be replaced by a sickening nostalgia of modern-day unrealness. Irrelevantly declared a hobby and pastime and not a working life from which my worklife began I live in the losing of craftwork by which a man made his living. I am so glad that I did and have made my living from making many things from wood and steel and brass and leather. Now, in my quest to counter the irrelevant aspects of our modern culture, I find a contentment as I see the new-genre woodworker emerge to take the reins of life and lifestyle woodworking. It’s a new, undictated world that defies certain archetypical education and government. 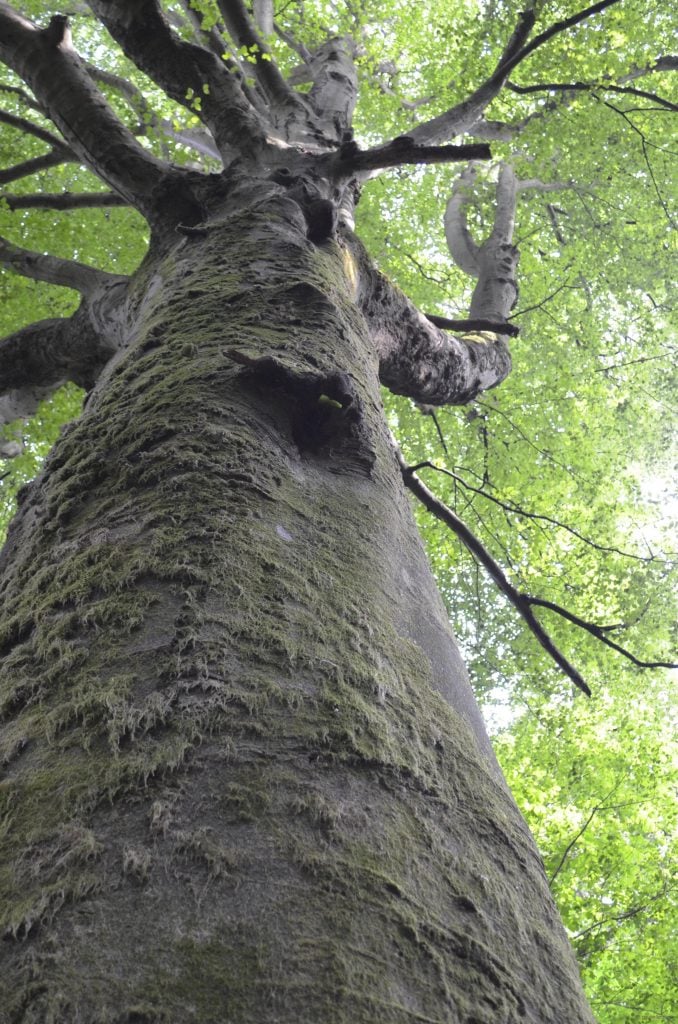 It produces a lifestyle beyond footpaths and sidewalks where the sod and sole form different paths to wood for chairs and tables yet to be. The hazel stand gives firewood, walking sticks and hurdles alongside chair rungs and posts. The tenon spins from a sapling bent and sprung to turn into the skew that cuts the coves and beads from raw wood once grown a few feet from where the man standing with his axe and froe now stands. There is indeed a certain defiance that I speak of where every few hours, someone somewhere else in the world says, “Enough.” He, she, stops, takes stock, thinks things through and says I’m getting off. In 1983 I had served almost ten years in the Greater Manchester and Cheshire Police Forces. I was on riot duty in Longsight and Moss side Manchester. The only sanity in my life was going off duty and working wood and making things. I had apprenticed in 1965 and so I had always worked at my craft; even throughout my time in the police. The violent riots had been long., Several weeks long. It made no sense and I said, This is enough. I went home resigned and returned to sanity. Was it easy? My salary halved and my workday doubled in length. Thirty years later I still give thanks that I made a decision and stuck to it.

5 thoughts on “A Day in the Life of a Woodworker”