British Woodworking-The Magazine for All Woodworkers 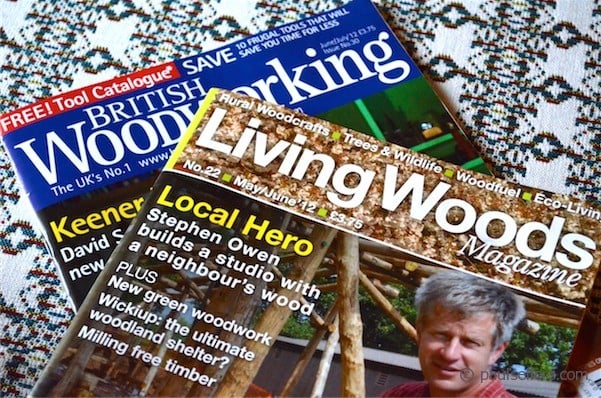 I just finished the August/September issue of British Woodworking magazine and once again this magazine took premier magazine of the season for me. Few magazines put out this level of content and certainly not in Britain. I have seen it take first place over the years on the British woodworking scene and editor/publisher Nick Gibbs pops up everywhere to make certain he gets an article. I recall the time last year when he “dropped” in to the Castle workshop at Penrhyn Castle on an impromptu visit with me. I was in the middle of a class but he managed to get at least two articles out of the visit. Nick is different to other editors I know who pull, push and shove paperwork from one desk to another and really never get too involved in the things we call woodworking. They have a difficult task because they are so much a part of the larger advertising media they work for. In Nick’s case he started and owns the magazine. That took guts to do and especially so in an economic downturn. I remember when he was at a woodworking show a few short years back and I saw him behind his first stacks of giveaway magazines. I looked at the stack and read the title “British Woodworking: the UK’s No 1 Woodworking Magazine”. Pretty bold I’d say for a first run. Well I commented to the then unknown- to-me-Nick and he said; “Well I think it is the best woodworking magazine.” Since then the magazine has gone from strength to strength and followed up with the first dedicated magazine to rural woodcrafts, trees and wildlife and socioeconomics surrounding lower impacting the world we live on. I am sure it has had its challenges but this input has challenged every British woodworking magazine there is. No mean feat when you see the money behind all of the others. It’s the only magazine that captured my attention and throughout the week I picked it up to read articles and reviews and such so go ahead and pick up your own copy before it disappears off the news shelf, I don’t think you will be disappointed at all.