Indeed you can. Someone wrote and asked this question. You can carve spoons and a whole lot more using mesquite. I have made hundreds of items and furniture pieces using this unbelievable wood but it’s not easy. For spoons there is no problem at all though.

Mesquite is one of those treasure woods that’s much maligned by ranchers or loved by them. You can of course do much more than carve spoons from it but spoons are fine too. I once designed a pie point table 6′ in diameter and with added leaves that made it 9′ in diameter for a lady named Karen T in Houston. We took two trees from her ranch, slabbed the boards, dried them and made a beautiful table from wrought iron and mesquite.The design was something you just don’t do with solid wood, but it worked. 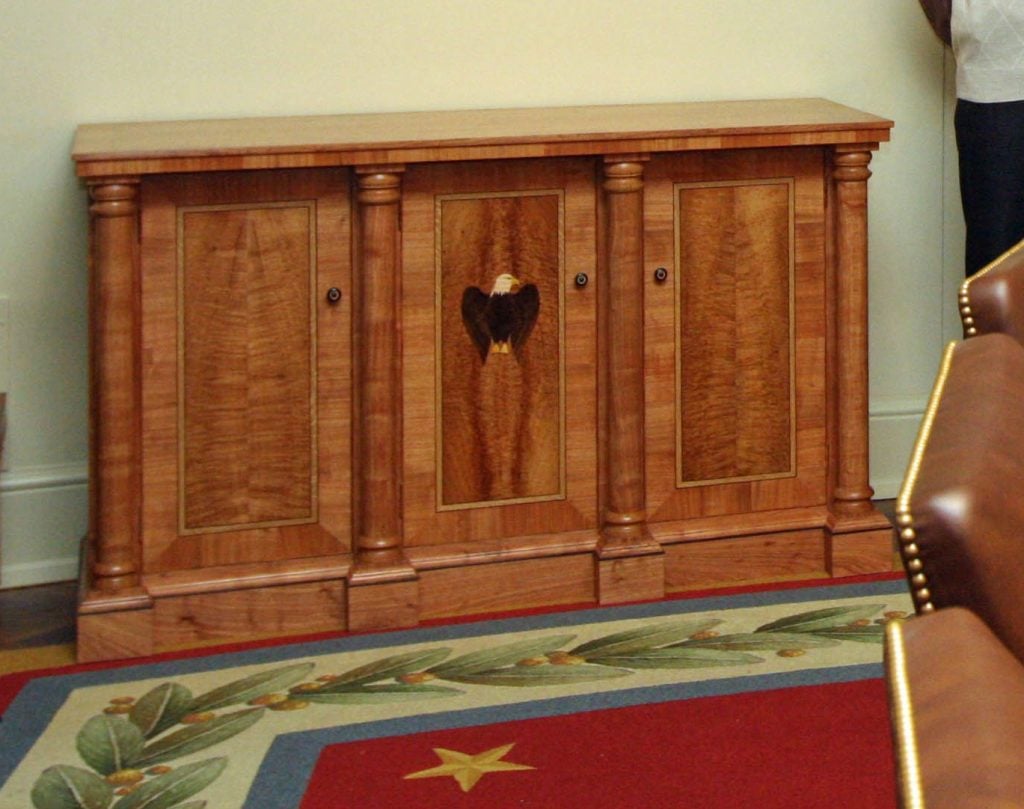 I also designed and made the two Credenzas for the Cabinet Room of the White House (below) using Texas-grown mesquite, Texas walnut and oak from a tree planted by President Harrison. The mesquite and the walnut were harvested and dried in  sequentially cut, book-matched boards.

For the inlaid eagles we used figured maple, Osage orange and Texas Walnut. The panel is very beautiful highly figured mesquite in a frame of cross banding and ebony and oak sandwiched between. 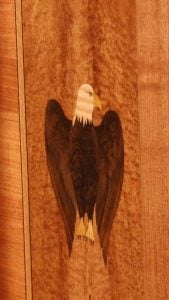 The wood we call mesquite is not so  easy to harvest and convert because of its idiosyncrasies, but whatever you make from it will always be stunning. In the US there are 67 million acres with 64 million in Texas alone. Carving spoons can be done in green mesquite and used immediately. You can turn it to any thickness on the lathe including solid and not hollowed shapes and it will not usually degrade through checking at all. I love mesquite. If I had to name my favourite wood, 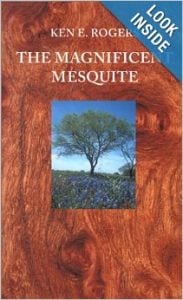 I would most likely say it’s mesquite. I have used it on and off, mostly on, since 1987. There is no other wood like it. Ken Rogers who once worked for the Texas Forestry Service in their R&D wrote the book Magnificent Mesquite because of its provision for life through history; I would most likely write one from my perspective as a furniture maker.