I want to reinforce what I started yesterday, to take away doubt and clear any fogginess. Many people expressed their views and naturally there are many persuasive considerations to think through that make sense. By this we can better make an educated evaluation I think. 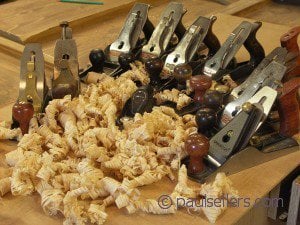 My posts concerning smoothing planes, and other planes too, are generally concerned with engaging in the continuum of the life of a plane, the extension of a craftsman’s life after the plane passes to another would-be user and, of equal importance, buying into a plane that potentially performs any and all of the tasks a new or better-made plane will perform and more. When you buy an older model plane that has been owned by a craftsman and, in my experience, I find here in Britain and the US that most of them have, you secure for your use a plane that has passed the wearing-in stage to become a treasured workhorse with a further 50 to 100 years of daily use. These are important considerations. Add into the equation that in many or most cases the old plane feels better than most if not all new planes of like make and kind and you better understand the nuances I am talking about.
Why do I feel so good about older planes?
I have owned several well-made smoothing planes including all of the top of the range plane makers, but not including the planes like master engineers such as Karl Holtey. 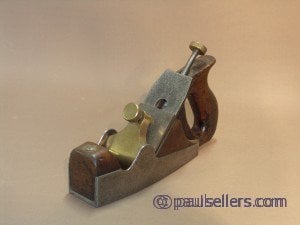 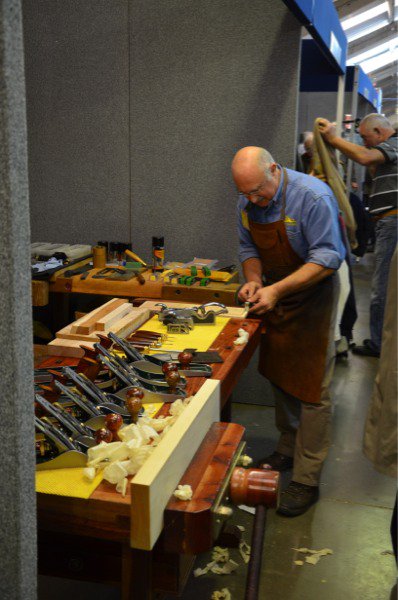 I also own planes by Norris, Spiers and Mathieson, noted plane makers of the 1800′s who at one were held in the highest regard. The more modern planes are all exceedingly heavy and sometimes there can be an occasional place for that I think. I also know this; every time I pull one of the heavy, well engineered planes from the shelves, within a few minutes I find myself ignoring it and reaching for any one of half a dozen #4 Stanleys or Records or even a 4 1/2.

As you progress your development with planes you will realise that most planing does not necessitate the kind of ‘bull-dogging-to-task’ most images in magazines, catalogues and books depict. This will be contrary to all you were taught in school, by woodworking gurus and by following DVDs and online broadcast, magazine articles and such. Yes, of course a firm and confident grip is necessary, but playing the muscleman has nothing to do with sensing the plane and the wood through the plane’s body and the cutting edge within and moving according to naturally developed intuition as you feel for change in the grain.

Sometimes we have false expectations and when we meet the new-day woodworking sales outlets and staff, you are all too often presented with a very false representation of real woodworking. A stick of maple held in a vise with perfect grain orientation is far from what you get on the rim of a box or the frame of a door. This is not really very realistic at all, but at the bench at a show the demo’s can look very convincing. All I ask is that you be appraised of an alternative possibility and do not be intimidated by doubts that you can fine tune a working plane whether it be new or not. 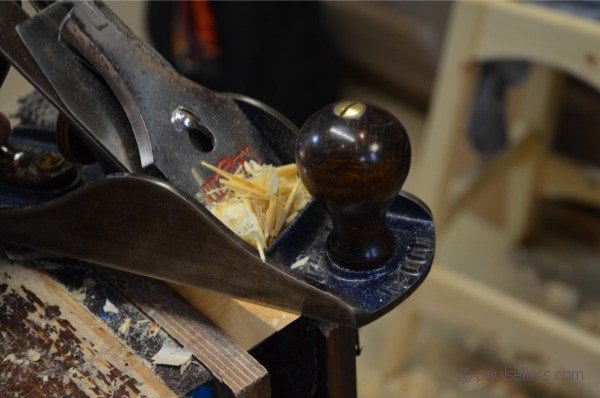 Though for me, many of my planing techniques were initially passed to me over a number of months when I first started my apprenticeship, I am very aware that my real growth came when I took personal interest to maximise the flexibility of using the plane. I never did bulldog my plane to the work as many advocates do and say to do, because I was told not to because I needed “to feel for the cutting edge in relation to the grain I was negotiating second by second.” Who says that to you today except me? 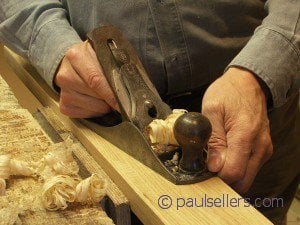 You have seen me on videos using the plane for at least three years now, those of you who follow my videos that is. You can freeze the frames and look for yourselves at how I switch and twist the plane into ultimate performance mode minute by minute because the grain changes so rapidly in any and every given stroke. This does not take years to understand and equip yourself with. After a few hours of daily use the tool becomes predictable to you and so too your confidence levels increase proportionally, but do be realistic with your self expectations. Tricks on bikes and skateboards don’t just happen the minute your feet hit the peddles or the board do they? Skill only comes with much practice, why should mastering the hand plane be any different?

The post yesterday was more about the softness of using old planes. Old doesn’t affect us like say a computer might or a computer game both of which change daily and become obsolete in a matter of a very short time. Isn’t it an amazing thing that the Stanley number 4 was berthed in 1867 and that no modern plane maker has come up with something better. 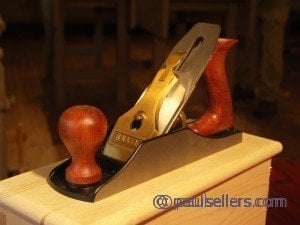 Doesn’t it amaze you that something could last through a century and a half and only the materials have changed a little bit. I am amazed that I can pick up an old and discarded smoothing plane a hundred years old and have it planing any wood within fifteen minutes or less. I had enough emails since yesterday from those who support what i am saying. I’d like to hear from more people about both your successes and your failures. How you overcame your shortfalls and how you would advise someone in relation to buying a plane.