Hello Paul,
I wondered why you reference more about buying old planes than new ones. Is it a nostalgic sentiment or is there really some advantage to buying secondhand planes?I want to know what you feel as I am considering buying a plane and have money to buy a new one if I choose to.
Thank you,
John A 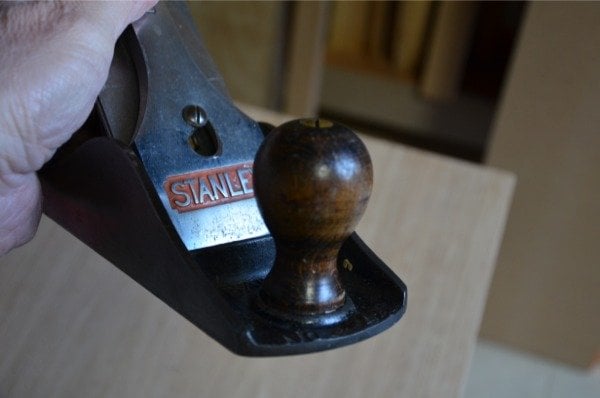 The answer is simple for me and I don’t expect everyone to agree with me, especially if they have bought into the heavyweight, thick-ironed planes advocacy. I saw the trend begin 30 years ago and at the same time saw that no one was countering it. I think lightweight planes like Stanleys are readily available at affordable prices and that with careful setup with no retrofit they will produce what their more expensive counterparts will produce and do it just as well if not better, with less effort at a fraction of the cost. With that said, there are many other reasons, reasons I think to be even more important.

When you buy an old tool of any kind you are re-presenting something of the old into the forward thrust of the craftsman or woman that formerly owned and/or used that tool. In my view it’s as much about continuum and less about nostalgia. 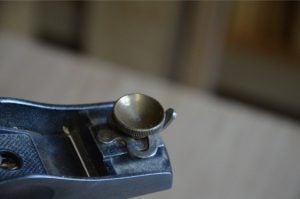 Patina is that timeworn texture of emotion developed unconsciously by a man working quietly and diligently with his hands. That worn-down but not worn-out softness new tools just cannot have comes often not so much from your life’s investment using this tool but someone else’s , or perhaps three or four someone else’s. I just bought yet another well-worn Woden 4 1/2 as a buy-it-now for £23. It would take me 50 years to put into that plane what the former owner put into it and in my estimation it will take another 50 years of use easily. You see this craftsman’s work life came to an end. When he expired he expired long before the tool itself could fulfil its fullest potential in use, so it was passed on via eBay or a tool dealer to a new user.

Patina for me is much more than nostalgic texture 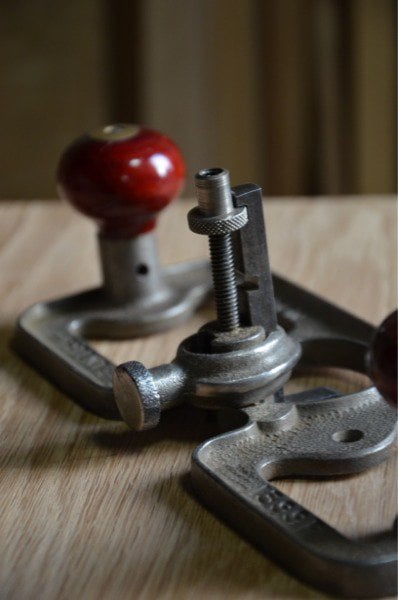 Patina is timeworn texture that remarkably reflects the grace of life itself mirrored only in secondhand well-used hand tools and never in new ones. I see it this way: It was my 64th birthday yesterday. Some might see me kindly as an older woodworking craftsman in his 60’s. However, who I am today is not who I was when I was say 15 or 20. The difference is patina. Patina has something of a confidence about it. An old and well used but cared for tool of any type exudes a quiet air of solidity about it. It has had all of the hard corners literally knocked of of it. Sweated gritty hands and fingers abraded brass and steel knobs and thumbscrews over decades to leave them silky smooth and responsive.
Patina is a record of life. It’s what’s happened to any object over the course of time, and it’s time and use that alters and redefines the original condition of an object. Especially is this so in the use of tools because hand tools are the definitive extension of the person that used them. 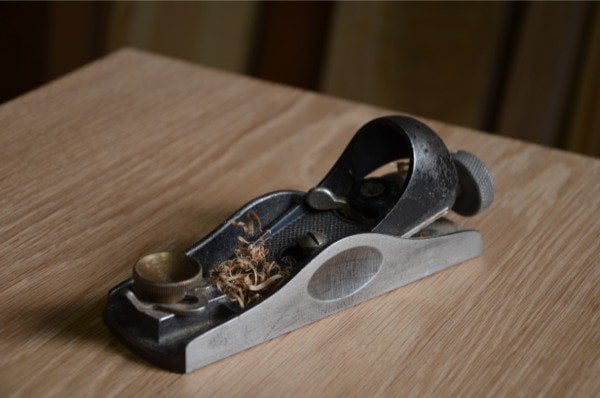 The nick in the sole of the plane, a scratch here and there, the atmospheric moisture in the shop, the crackling of a finish on a tote or handle or a glaze on the surface of a sharpening stone. These gentle wear patterns on plane handles and the rises on the sides of planes make them unique to the previous owner or owners. All these things add up to create a softer look, subtle color changes, a character. Patina is built from all the diverse effects that impact the tools life AND the owners life, natural and man-made, that create antiquity and record the life of the former owner-user.

Flexibility and versatility
It’s sometimes hard to imagine how some things can improve with ageing but most often they do. We call this wearing in. Shoes, wine, door handles, gloves, slippers a leather belt or chair. When they do, they wear ‘to’ us. 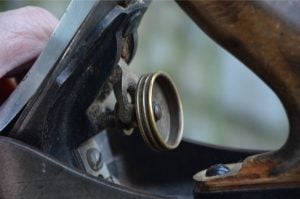 It’s a question of that thing I call reduction. I have my planes from my youth, saws too. Personally, I think and feel that they are better today than when I bought them brand new. Back in 1965 there was no world wide web and you rarely came across a good quality plane because people who owned them used them and would no more sell them than fly to the moon. Not so today. With the advent of eBay we now have access to planes and tools in general at cheaper prices than ever before. For this I am grateful. WHat I am saying is that my now old planes have aged with me. I think that they started to feel like they were ‘me’ after I had used them six days a week for 20 years. What I like about eBay buys is that with just a little restorative TLC (tender love and care), less than an hour, they feel as near as possible like my own. New planes don’t give me that relaxed and comfortable confidence, even though I like the good engineering behind them. 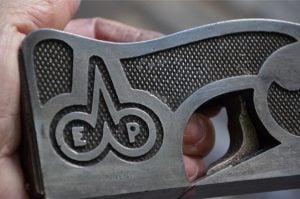 Consider this. If I bought my plane in the mid sixties, which I did, I and I used it on average for three hours a day, six days a week, my Stanley plane has been used for 45,000 hours. I have gone through 3.5 cutting irons and I never grind my irons on any kind of machine grinder unless I nick the iron badly. That should give you some idea of how long a Stanley or a Record smoothing plane should last you. Six lifetimes??? 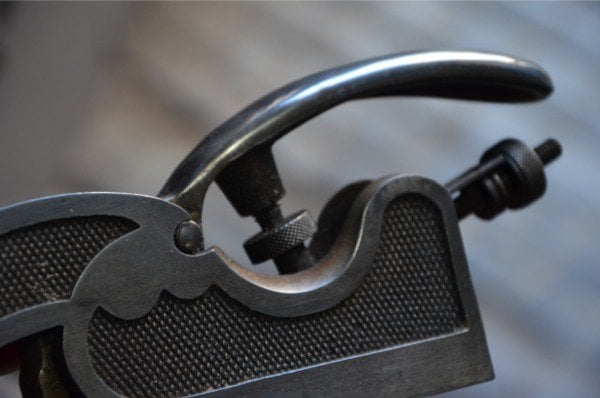 You shouldn’t worry too much about buying a lemon. I have bought several hundreds of planes since I began working wood. Some I have kept, some sold and some passed on as presents. I think more about buying into the continuum of the tool. As I said! most of the tools I buy never reach their full potential until I buy them and then use them. When I pass, these tools will be sold or hopefully passed on to others. I like that!

Of course I still think you should buy new planes. I just don’t want people new to woodworking to think that the new plane resolves age-old problems of planing. They don’t. I own several new planes by different makers – the best and the worst. I suppose as I feel the need I will keep buying them.

41 thoughts on “Questions Answered – Why Buy Old Not New Planes”