Seems to me sometimes that what was once ordinary and common is now more a sort of coffee-obsessing where discussing replaces making and tasting the coffee itself. I think you know the type of thing. Two or three people start talking about their favourite coffee and the conversation heightens in pitch as each party obsesses about what they like the most in a coffee until the discussion diversifies into what water should be used and what temperature the water should reach before perking the coffee. Does alluminium influence the flavour more than stainless steel and are paper filters better than even silk? 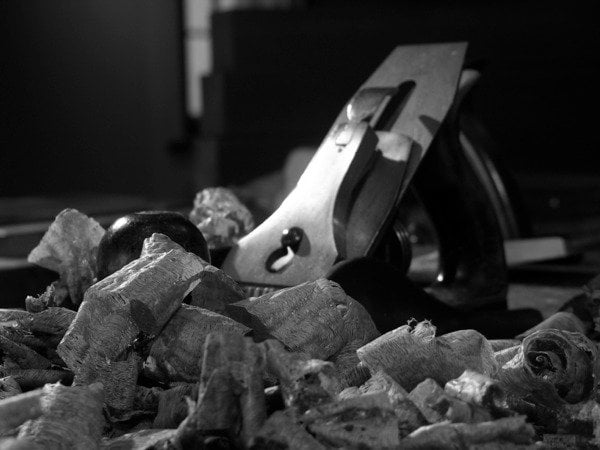 Sharpening the edges of chisels and planes seems to drive up the passion for many woodworkers and with so many options we feel free to try its easy to become somewhat obsessed with that very simple task called sharpening. I overheard two men talking about their chisels and the sharpness they took them to. Bragging they could shave their arms seemed more a goal than shaving wood and indeed, traveling around woodworking shows I have seen how people seem to think that the shaving is the end result and not so much the smoothness of the surface below the plane or the levelling of components forming the door or frame. Other conversations crop up surrounding which is the best plane and of course the challenge here is whether the Bed Rock is better than the Bailey or the Record the Stanley. Both are quite equal. Both do the same thing and both weigh about the same. The results of the Bailey equal the Bed Rock and so too the Stanley the Record. 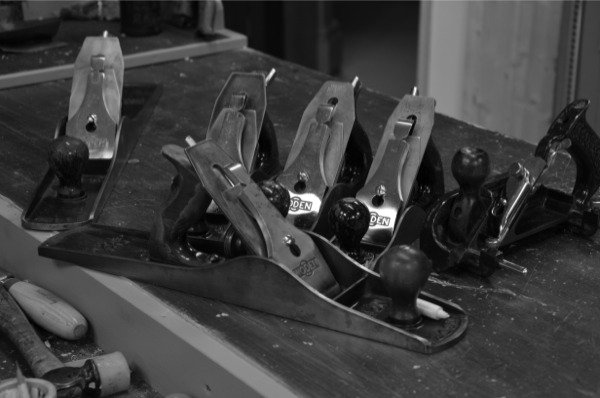 I was asked recently about the #6 plane . What did I think its role was and how is it placed in the stable of planes with regard to its use and functionality? I think my answer is simple. Long planes still have their place in today’s woodworking world but are less important to us than they might have been in previous decades and centuries. They may well return to the bench and tool chest as people start considering issues of craftsmanship, developing skill and wanting higher levels of fulfillment as they work their bodies, develop muscle and relieve tensions from work-related stress by the whole body and mind experience at the workbench. Many too, thankfully and more importantly, are considering the reality that children are mostly left out of the workshop if machines are the dominant mechanism for working the wood. They want their kids to be included in the workshop not excluded. Machines do exclude kids from the workshop because of the inherent dangers surrounding them. I agree with this. I can see that machining could become less used and thereby less intrusive in home woodworking as we progress our rediscovery of real woodworking and the development of a more renaissance approach to mastery of skill.

If or perhaps I should say as that happens, longer planes may well return to the workbench and so too young people using them to advantage their work. I think though that they will discover a good #5 and 5 1/2 will do all that they need to straighten their work. I rarely reach for anything longer these days.The metal-cast plane is indeed here to stay. I think because there are so many Stanley and Record 4’s and 4 1/2’s available now that the internet market is also here to stay. Who would have thought such a thing? I feel grateful for eBay because even the rare finds turn up there from time to time. Planes that might never have seen the light of day. 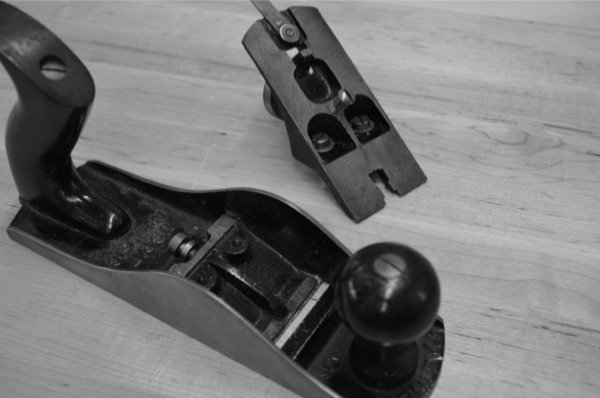 I do wish that one of the high end makers would have invested in making a really nice, new #4 and 4 1/2 Bailey pattern plane even if it was the same price as a Bed Rock. Imagine a nice Bronze lever cap with Leonard Bailey’s name somewhere on it in recognition of his immense contribution to the world of working wood planes. If I could have found a nice lightweight Bailey-pattern plane well made to the tight tolerances some modern makers strive for with the Bed Rock I would have most certainly bought one, or even a couple. Even at the higher price the Bed Rocks sell for. My Stanleys and Records last about a hundred years of daily use it seems. Why don’t today’s makers make them still? There were no Bed Rocks around to compete with them I suppose. Bed Rocks were never a part of the British woodworking scene. Not until Clico came out with the Clifton range of planes that is.

15 thoughts on “Planes Speak for Themselves”