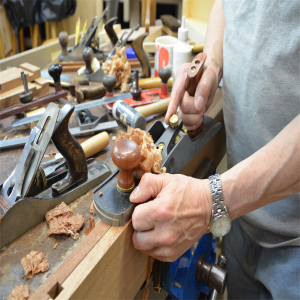 …And I Think It’s Worth Reaching For!

Some years ago I discovered my ultimate goal as a woodworking craftsman was to evaluate what an aspiring person might need to pass from a world of unproducing to one of creativity. I discovered that imagination couldn’t fully express itself unless it could make, and that skilled craftsmen were dying without passing on their knowledge and skill. If there was no lineage connecting the unproducer to the craftsman the link could be lost and the craft die or at best become less. people say I am a teacher but that’s not the case. I’m really a craftsman that works mostly using only his hands and one that made the decision to search out the insights into what he once took for granted most of his working life to pass on his skills, experience and working knowledge to anyone interested in his craft and worklife. 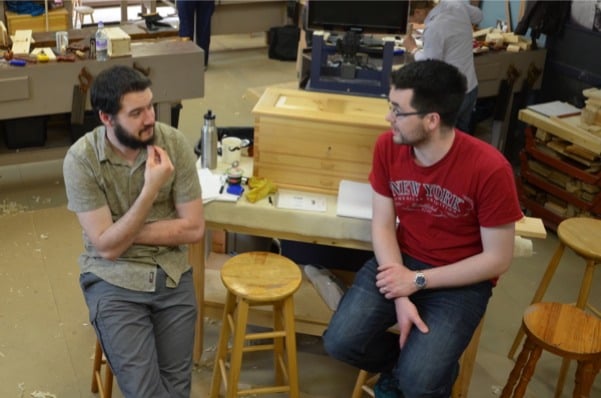 Yesterday we planned, designed, made and filmed. Today, after many hours of of the same hard, hard work, determined impulses, thought exchanges and much more, we progressed our goals. Phil was there but busy keeping things up to date elsewhere and also getting ready for family to be with him for a few days this week. Family matters! John was there too, but, well, it’s his birthday week so he took just a little time out to be with his parents too here with us from Patagonia. We four usually work in the Penrhyn Castle workshop as a team and while we were together team work was as always working. We are progressing the next project for the online broadcast and that involves prototyping design work as you would almost any new design project but with the additional scripting the filming, planning sequences, making sure the processes make sense and can indeed be presented clearly during progressing the film. Climbing over all that though leaves me with the fulfillment only actual designing coupled with making can bring. Joseph is one of my sons and, as he has since he was about just three years old, worked alongside me progressing the physical project, which is usually made twice prior to and during a filming period like this. There can be no substitutes for making anything and seeing a design come together even when it’s a simple design as this one is. In fact, the art in a design is making it work, keeping the concepts simple as you consider the essential elements of joint making, expansion and contraction in the components to make sure there is no conflict of grain orientation, sizing and scalability, material options, tool availability and procedures for making and indeed filming. That’s enough for anyone. Phew!!! 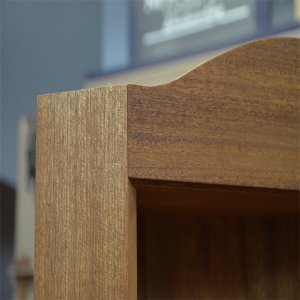 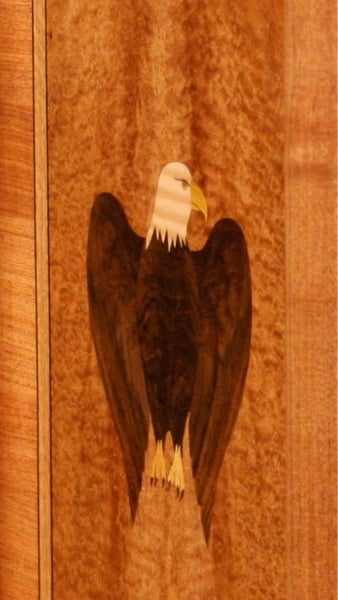 What makes what I do all the more doable is the reason. I learned two decades ago that it’s not so much what you make that’s important but how. Later, a decade and a half or so ago, I discovered that the how is not so important as the why. I saw that this then begins the process we need to dismantle our having been industrialised by different systems governed by politics, economics, education and societal expectation. After 45 years of conforming to the expectations others had of me (it begins at birth) I started transitioning toward redefining my goals and ambitions so that my life no longer responded to people who said things to people like me along the lines of, “when are you going to get a real job.” Of course that meant using power routers for dovetail making and CNC guided machines and systems for shaping any and everything from carved areas to joints and of course computer generated drawings for designing the inlay and carving work. I am so glad I never used these things. Changing the coordinates others used that shaped my input no longer applied and therefor no longer determined what my output would become. I could make a difference. Imagine selling a desk inlaid by laser-cut inlays and carved with a cookie cutter copying machine and getting £150,000 for it. People will pay that. For me, and perhaps it’s my age, the newly sharpened chisel in my hand will always mean more than a stylus on the end of a CNC machine ever could. The shaving curling from the plane in curves and curls and the smells; how can these ever be replaced by any machine or computer?
It’s been a great start to the week. Other things went awry a little from time to time, don’t get me wrong, the path i chose is no bed of roses and I would never want it to be so, but the reasons we do things, the hows, the whys and the wherefores matter. They are worth fighting toward!

I have some good news about tenon saws you will very much like soon.

8 thoughts on “The Reason We Work Matters…”