Metal and Wooden Scrub Planes Both Work Fine
We have seen that the cast metal scrub planes originating in the Western world started only a little over a century or so ago; and that these dedicated roughing planes found their origins from an early wooden counterpart. Metal versions were never as accepted in mainland Europe, however, I saw that the younger men I worked with felt that this was a flawed perspective reflecting a resistance to change. I don’t think that was the case at all. Whereas I do like all metal planes, I also like the wooden ones too – equally. Every nation I have encountered has always felt it owned the very best of anything you care to mention – best military, best schools, best doctors and best woodworking tools too. Fact is we get used to what we are raised with. I personally found I was less accurate with Japanese saws, chisels and planes than their western counterparts. Japanese craftsmen are world renowned for fine craftsmanship as are British craftsmen using traditional western tools. There’s a place for both and I think respect in both directions in my experience has always been evident. 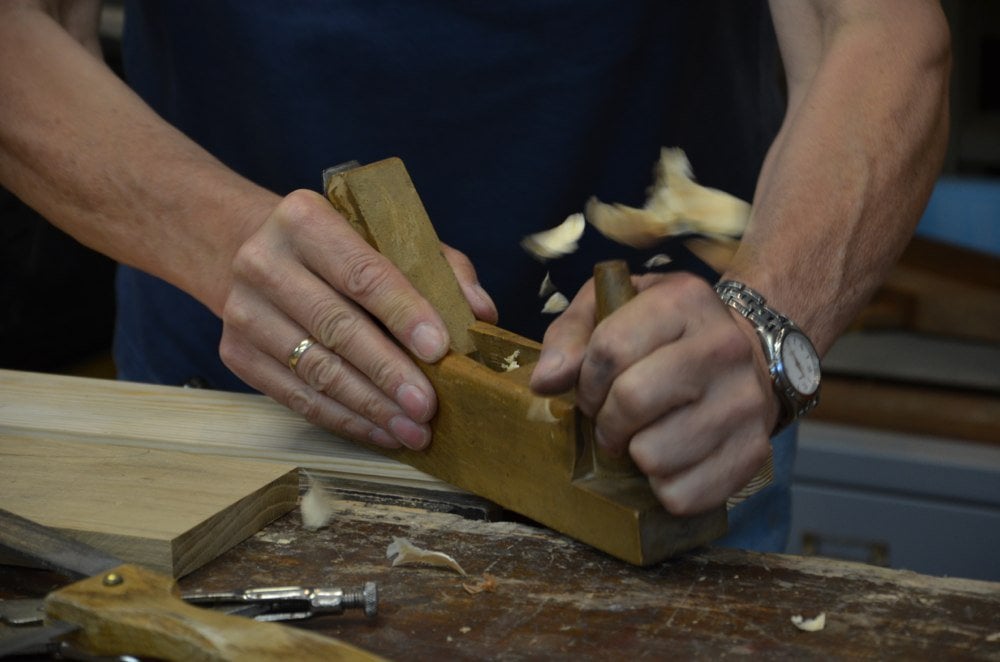 Planes in Mainland Europe
I would be remiss in this paper if I didn’t give more than just a passing nod to the European planes made from wood that roughed off and trued wood for centuries too. As to different models, makers, cultural styles and so on my knowledge is indeed limited, but I have never found them difficult or awkward to use and I can do the same with these planes as I can with British wooden ones and all of the all metal ones I have used every day of my life for half a century.

It takes only a minute of twisting, turning, rolling and flipping the plane in my hands to realise how well developed this plane became. Simple, yes, but not simplistic. 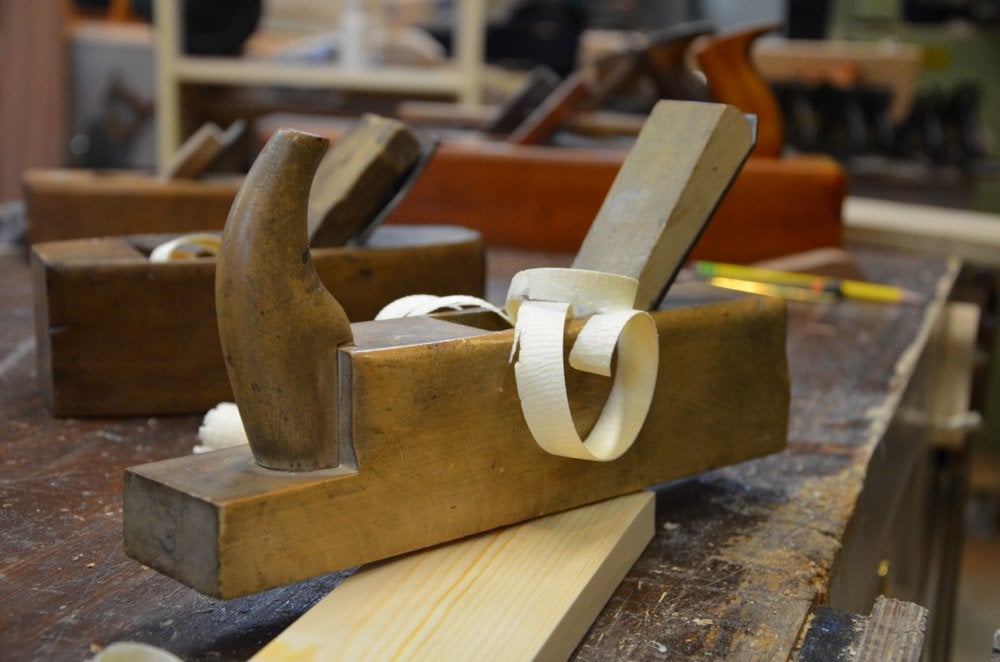 Today I dismantled a German or continental plane (Any person not born in Britain is continental to the British.) to rework the blade as a scrub blade for a roughing plane. Just like the #4, it’s practical to keep two irons to use in the same plane body if you only need an occasional one for certain types of work such as scrub planing. This wooden plane is comfortable in the forehand and less so in the dominant back hand. A handle or more shaping would indeed make the plane more comfortable, but the plane works the wood very well and it does indeed hog off high spots as well as any all-metal type I have used. 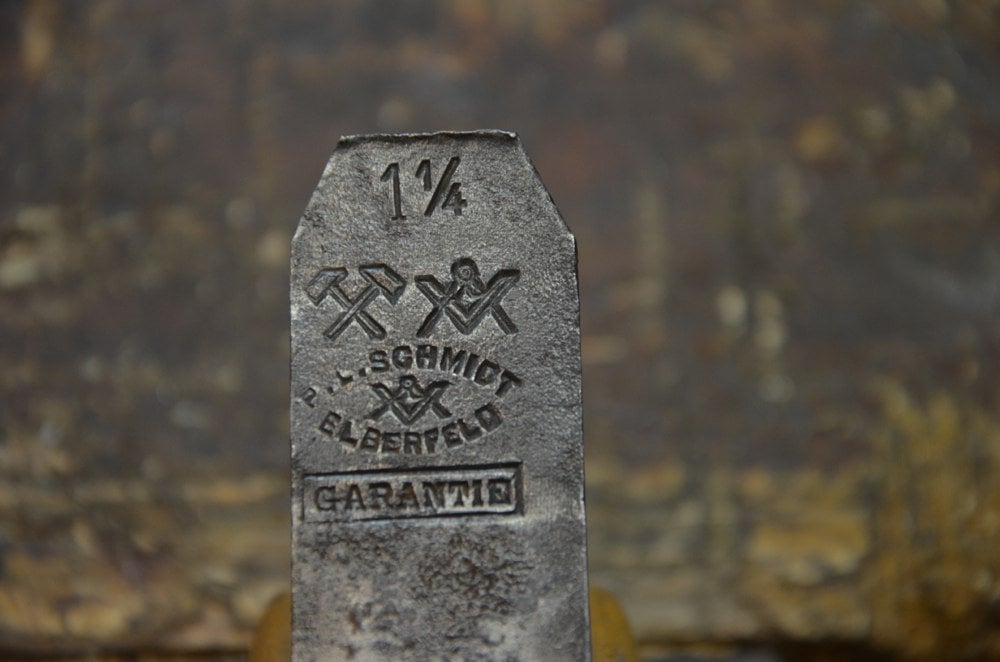 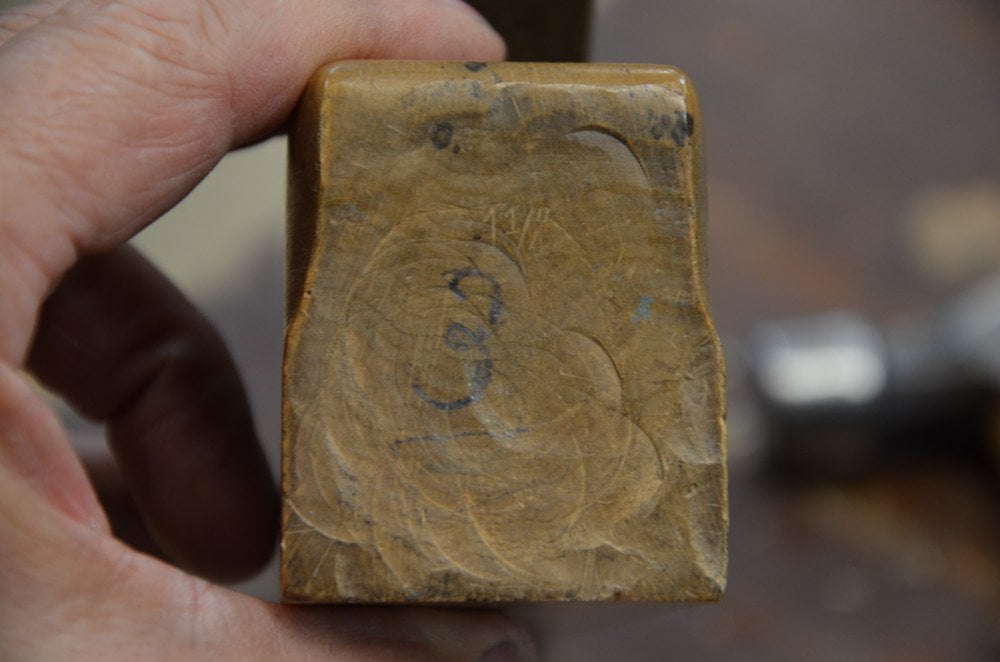 The iron is stamped as shown and I wondered if the iron and heel of the plane were additionally stamped for sale here in the UK as Europe would be unlikely to want none metric sizing. 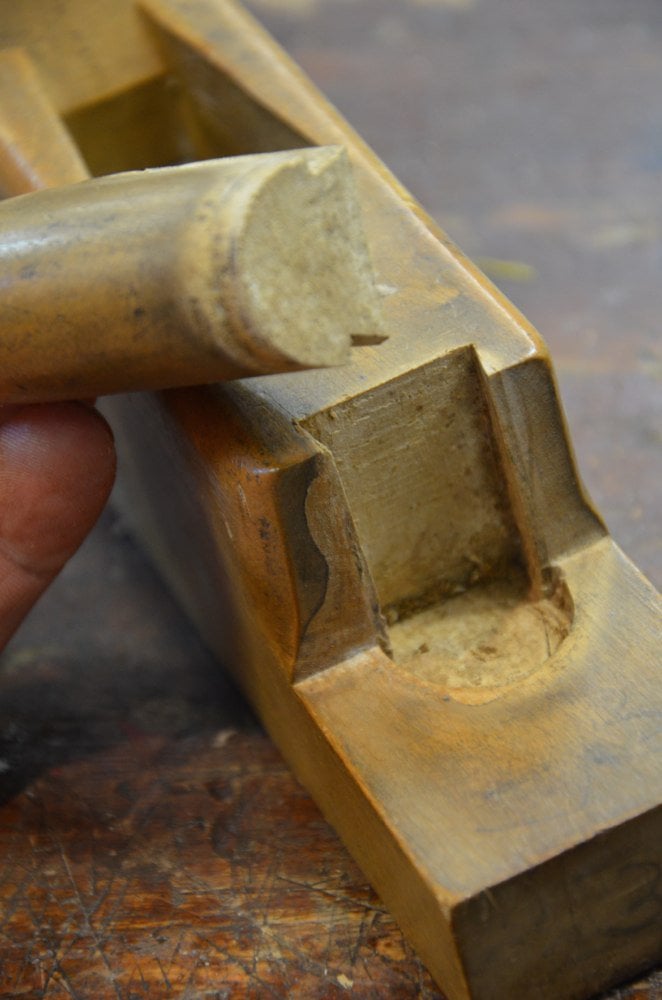 The front horn housing is a simple enough joint and in this case was totally hand cut with pristine internal surfaces from sharp edge tools. A brace bored the first hole and then subsequent cuts to form the dovetailed inclusion came from 16mm chisel cuts that pared exactness into the angled corners at 1-6 ratio. The solid body and wedging are very similar to British wedging the wedge is longer and more slender. The plane is narrow and the iron at 1 1/4” is comparable to the Stanley #40. This is mostly because the protrusion on a cambered iron ploughs heavily into the wood and the wider the iron the harder to cut. 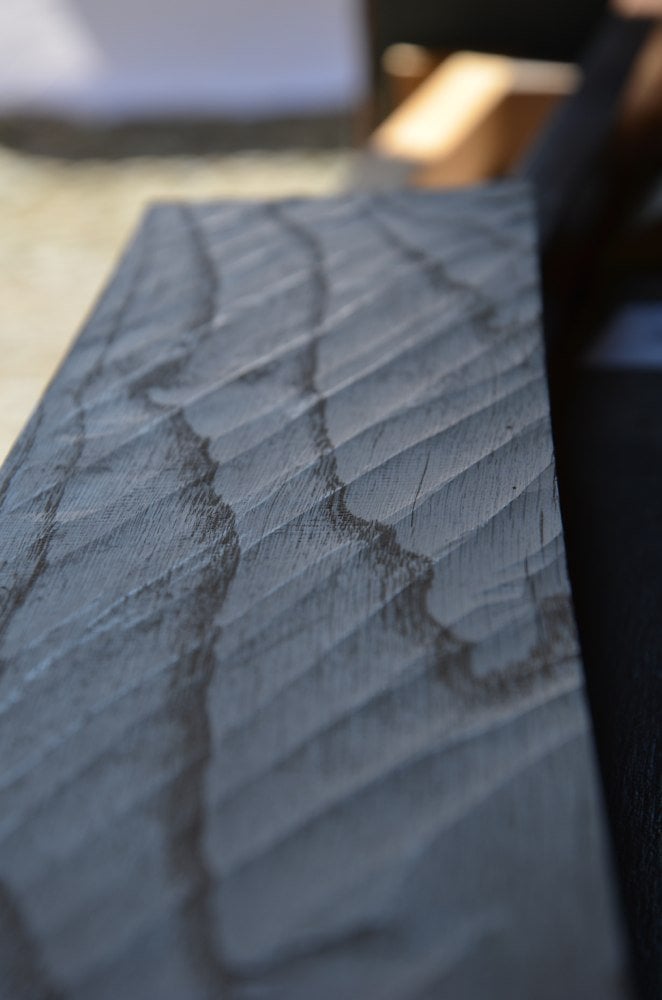 Scrub planes are used with, at a tangent to and across the grain depending on the wood, the grain and the level of wood distortion being dealt with. Cross-grain cutting at near 90-degrees is usually the easiest depending on the wood type. This gives the ability to remove very localised highs in short jags in greater or lesser amounts according to need. Knots and the surrounding grain will always be problematic and especially so hard knots. Withdrawing the iron to remove less stock helps with scrub planing tasks in such areas. 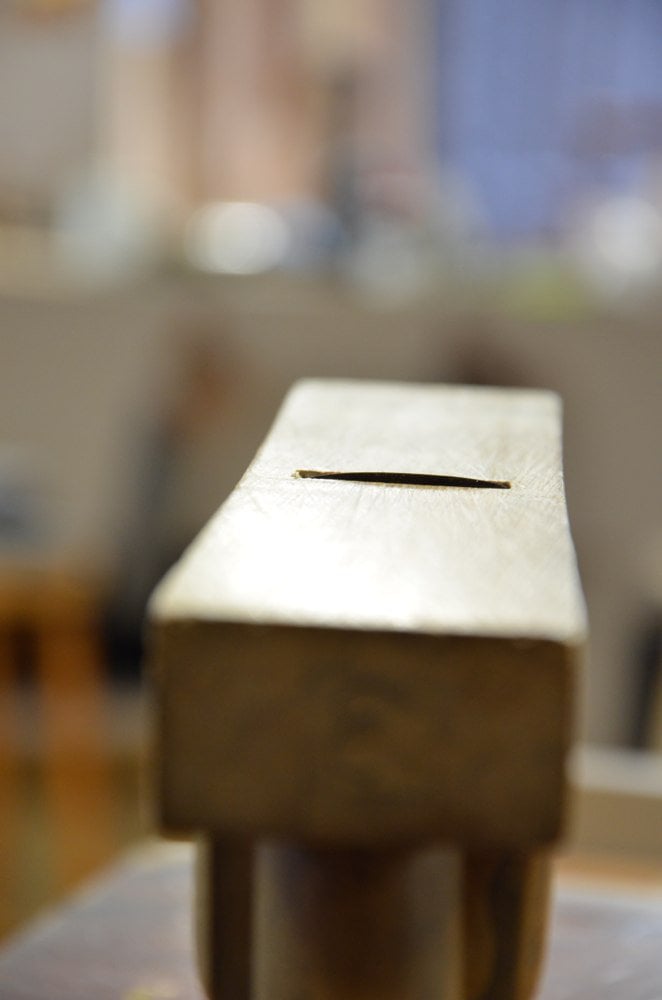 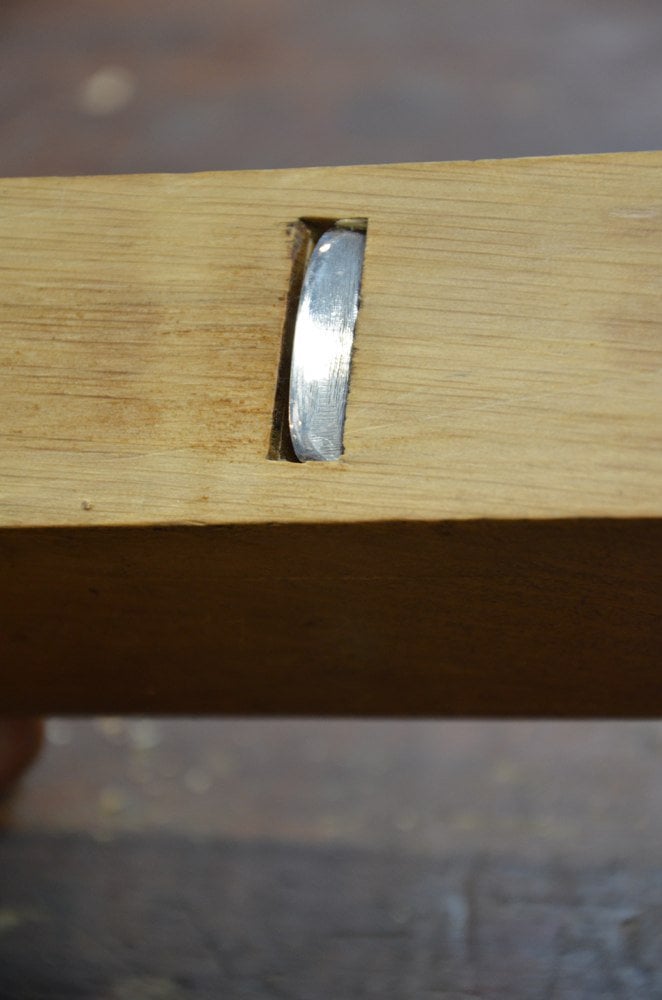 I think this sums up my thoughts on scrub planes for now. Making a wooden one would be an easy enough task and rewarding too. If we do that we will let you know.