For more information on the woodworker’s knife, see our beginner site Common Woodworking.

Knives often seem problematic to many both in the holding of them at the right bevel angle and to maintain bevel angle consistency. I have made different types of guides and jigs for students to use because of this but generally freehand my own because it’s quicker and I can. With this jig we hold the knife rigid and move a paddle faced with a million diamonds to one or both sides of the bevel depending on preference. I have always double bevelled my knife because of course I’m used to it, but there really is no need for a double bevel to form the edge for the type of work we woodworkers do. A two-sided bevel means we angle the knife to compensate the bevel against a straightedge and develop a vertical knifewall. Dead simple. But you can simply have a single sided bevel, left or right, to suit dominance, and that will work well. 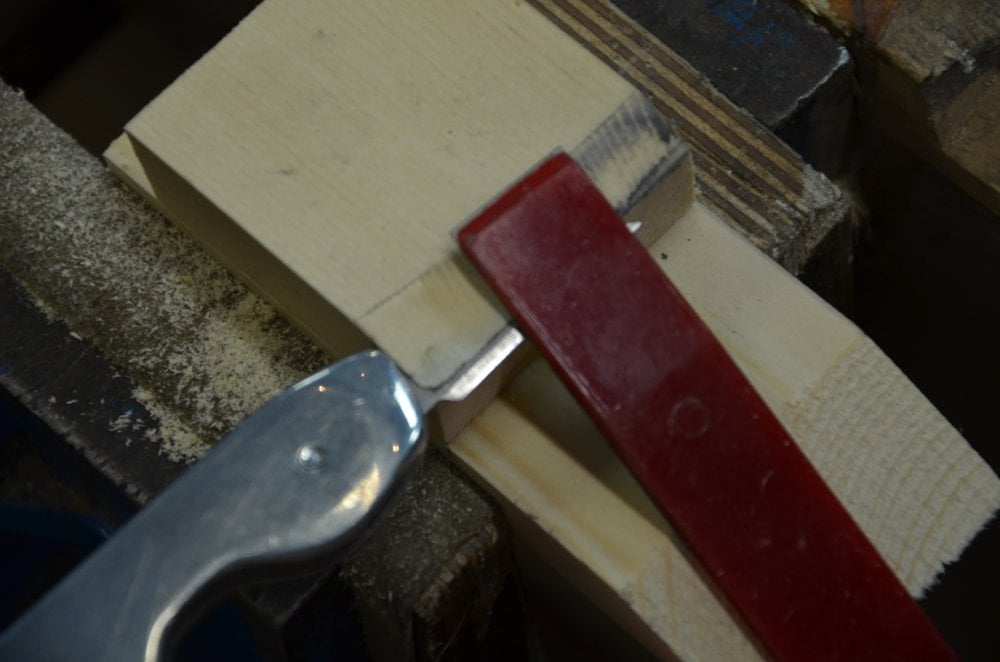 If the knife you have is mine, that’s the Stanley folding pocket knife, and it has two bevels, just sharpen up from one side as shown in this instructional. Forget the other side. Eventually the blade will be a single bevel on the one side and the combo of the flat face and the bevel will make a 30-degree bevel. 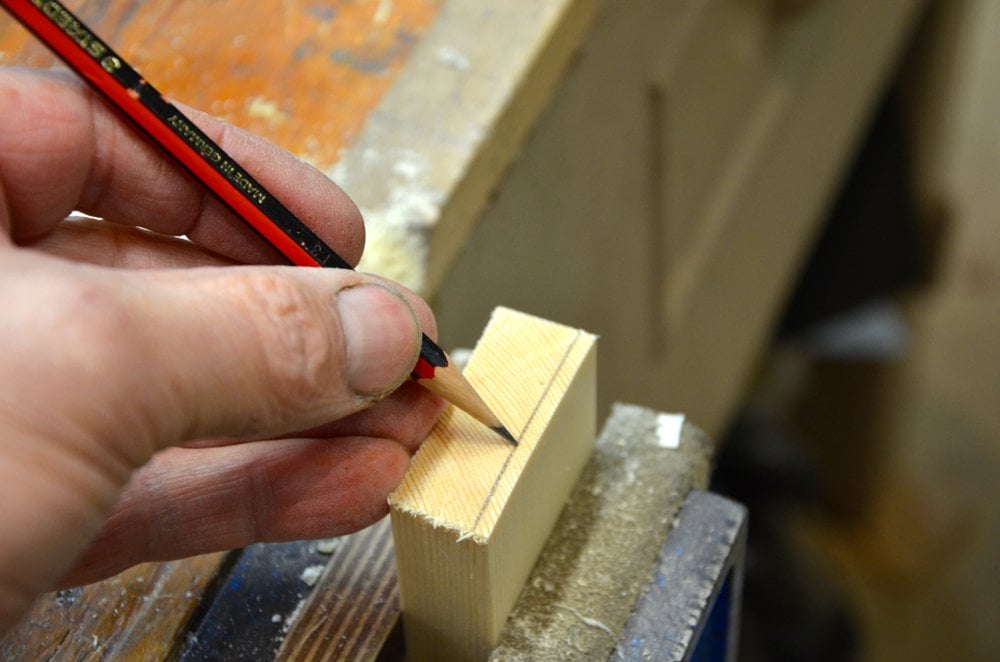 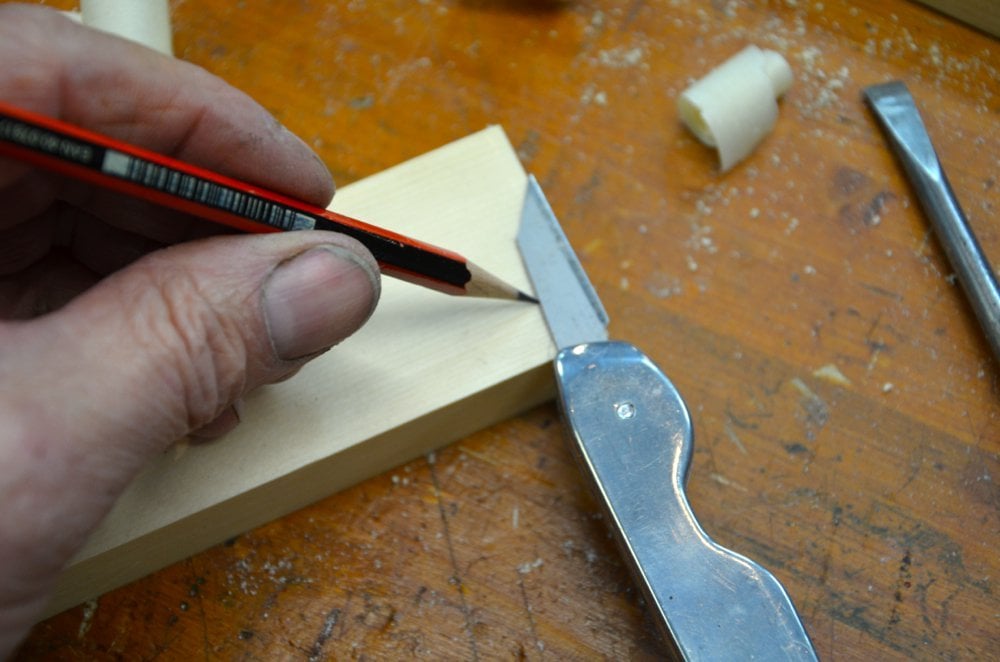 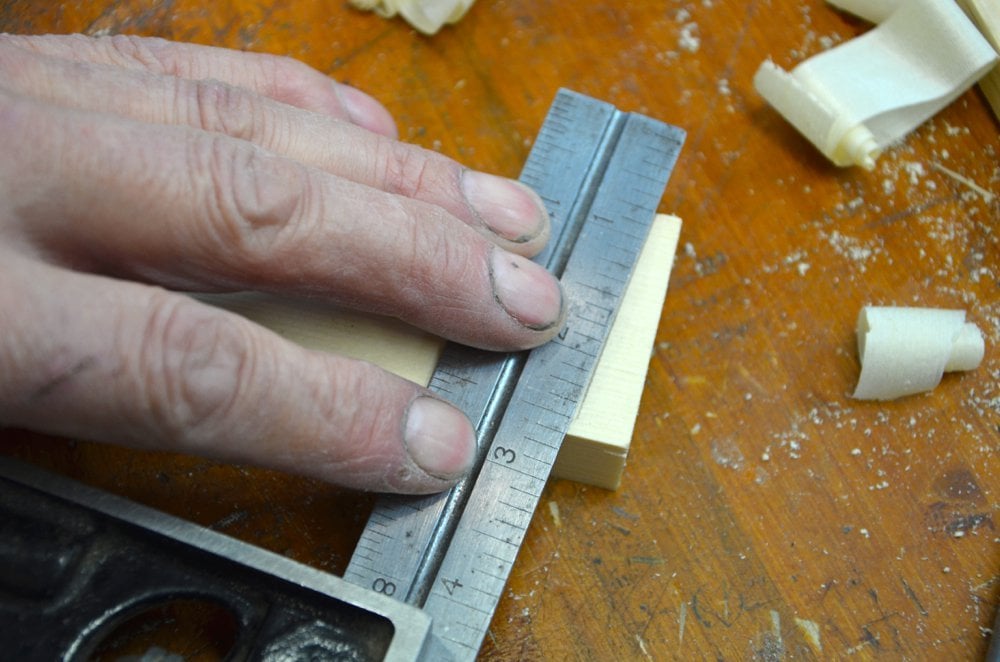 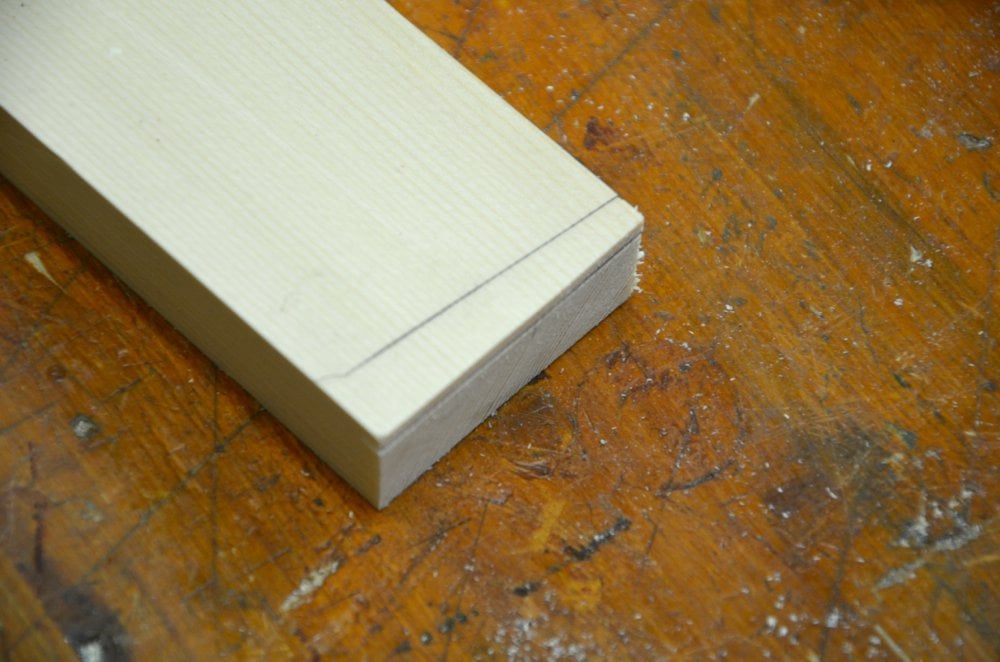 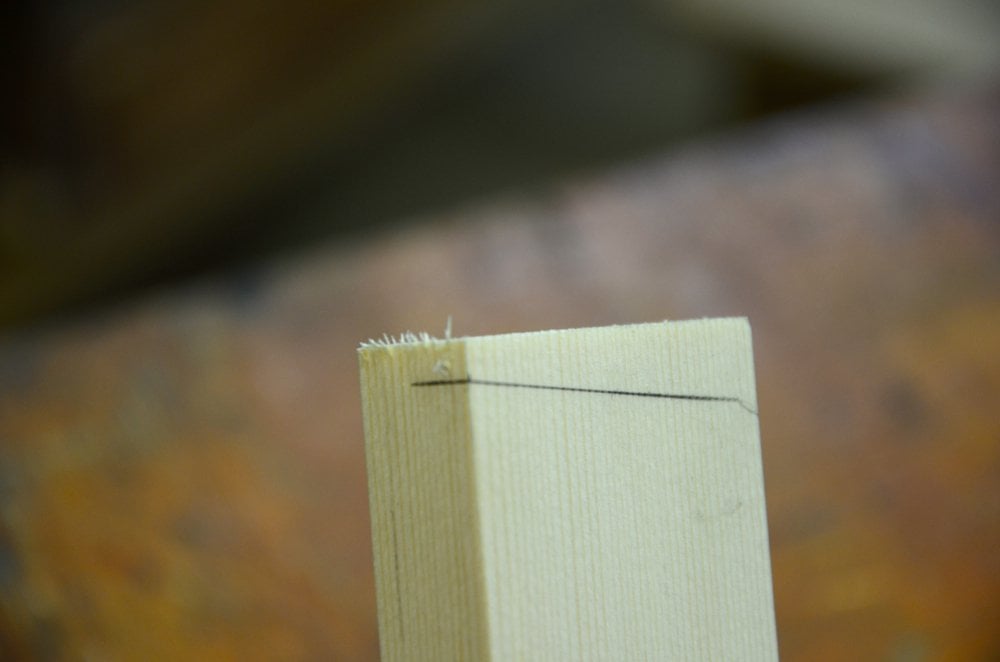 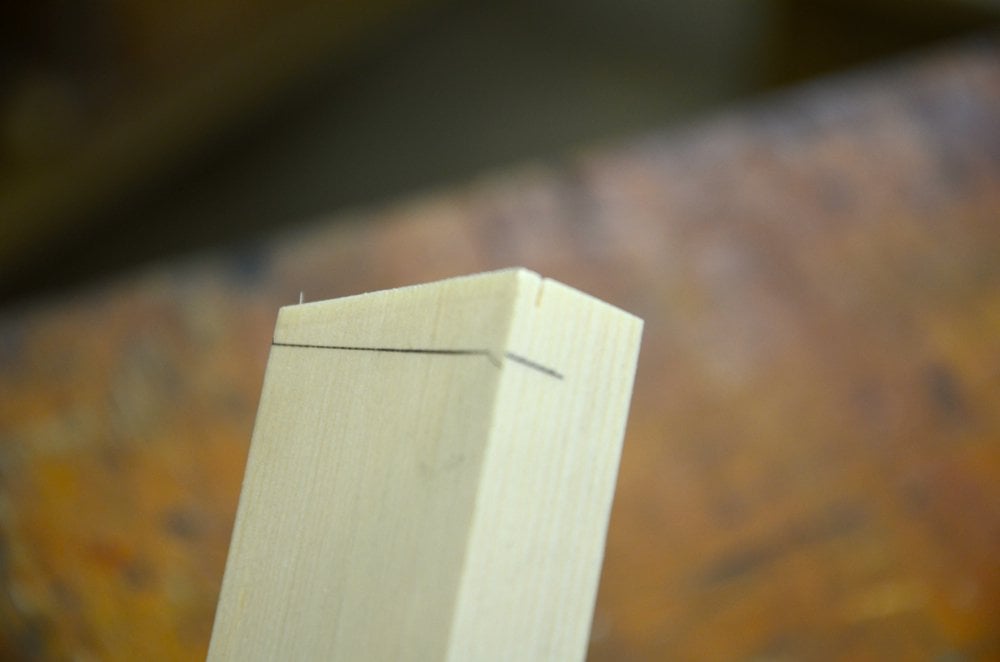 … by marking the blade angle on the outer surface to guide the depth on both edges cut Cut to the lines to create the saw kerf to a similar angle just deep enough so that the blade pops out parallel to the edge as shown. 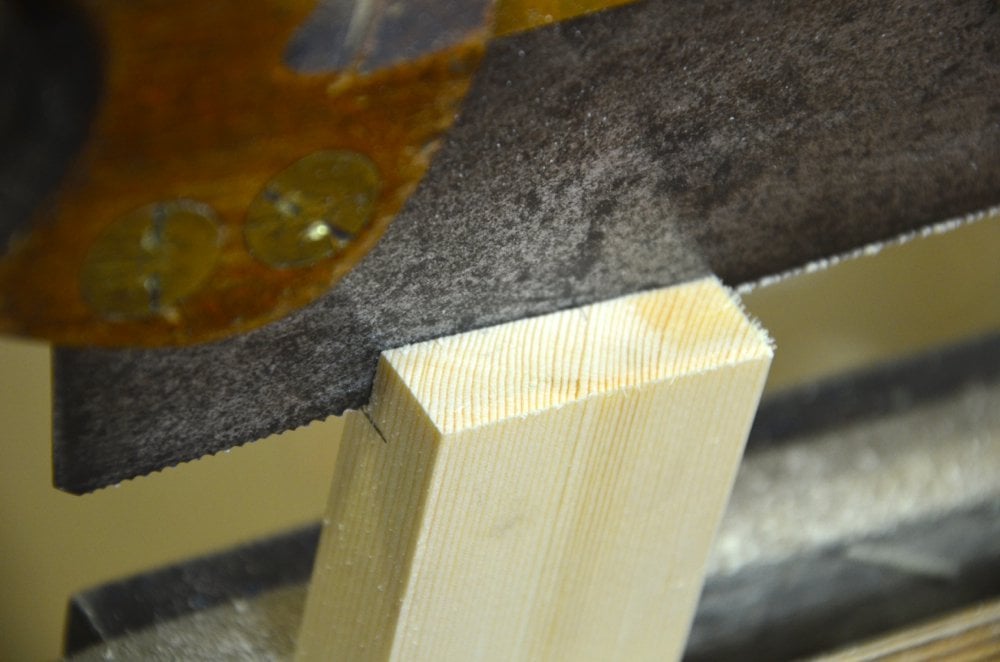 Use a fine dovetail saw to cut a kerf into the endgrain of a piece of wood 2” or so wide. 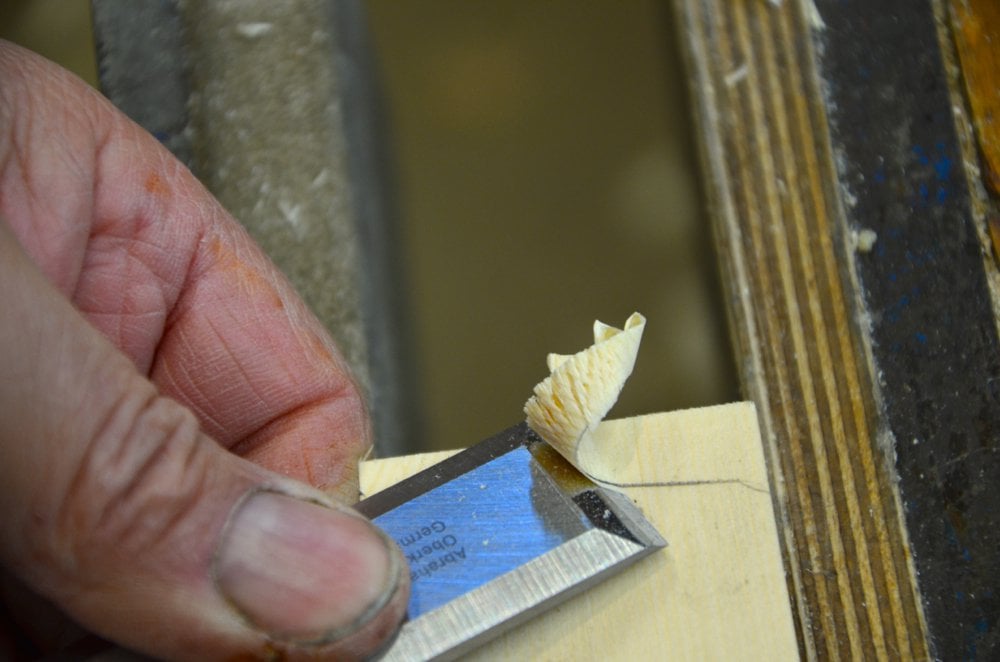 The kerf should now hold the blade by the knife handle in the holder. 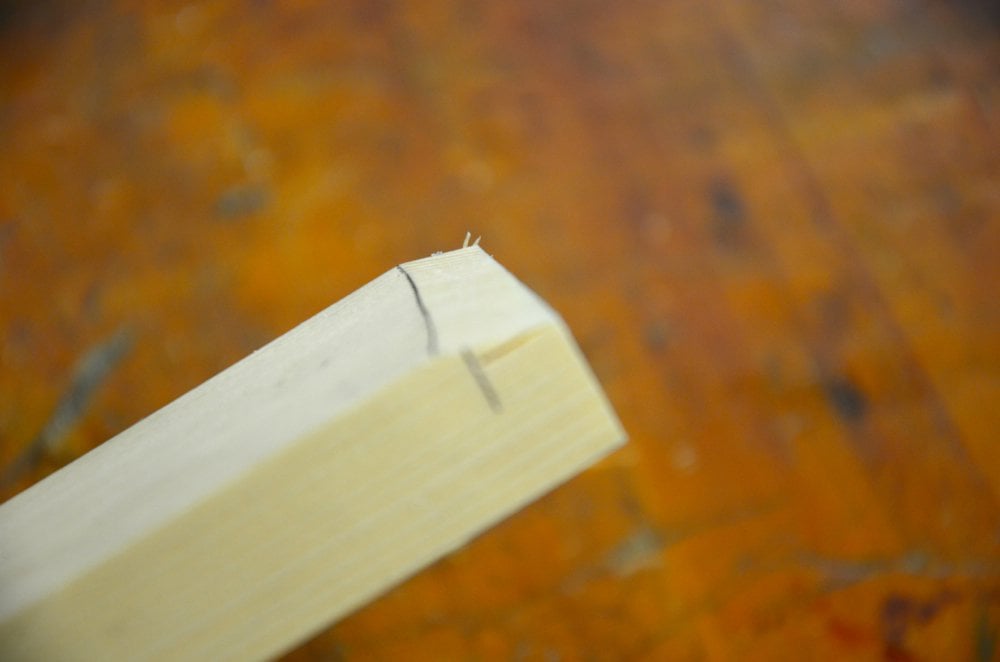 Bevel the edge with a shallow cut following the kerf to guide you. The angle should be shallow enough not to hinder the paddle we use to abrade with. 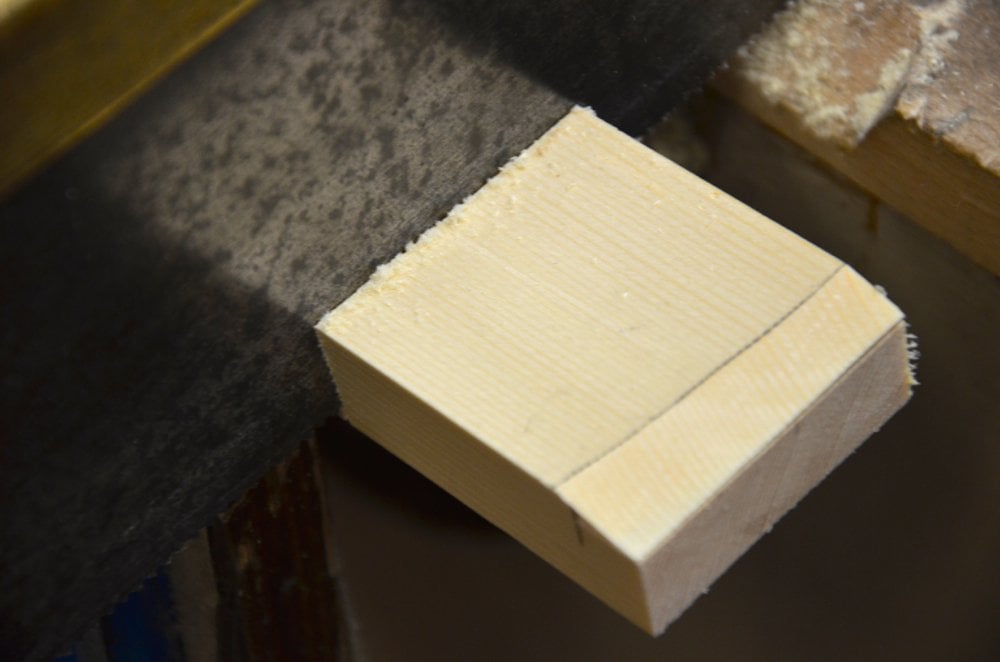 Cut the block to length. 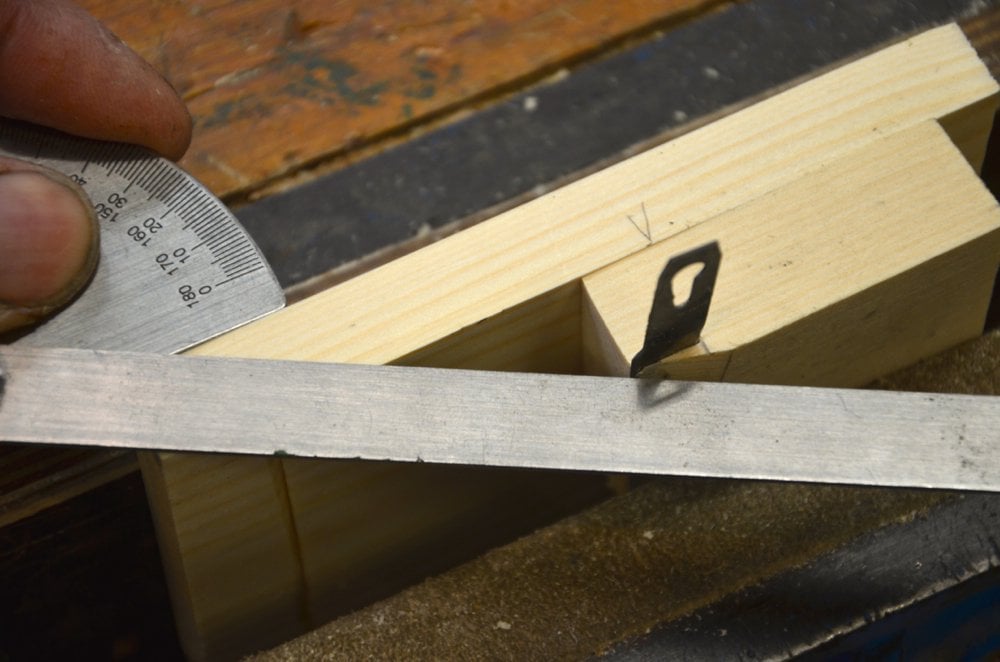 Glue the block to a longer 2” wide block (I just used cheap superglue) and set a 30-degree angle to an finder and mark the angle onto the new block now called the carrier. The knife blade in place will help establish distance for the legalists who think it matters.

Cut the angle of 30-degrees with a tenon saw. 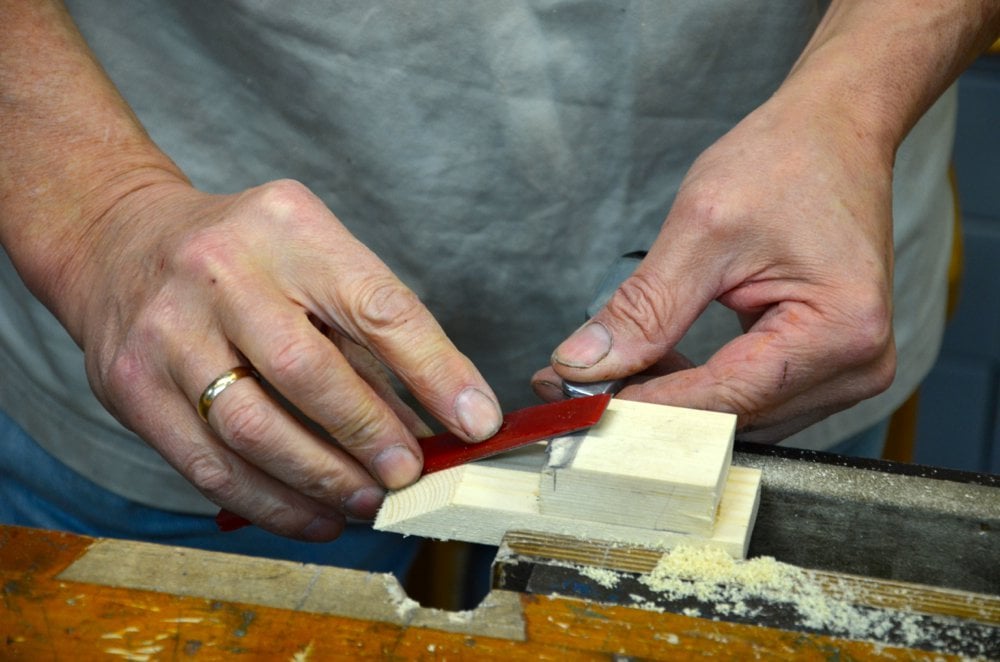 Anchor the carrier in the vise and slide the knife into the kerf held by the handle.

Place the paddle abrader onto the slope of the carriage and rub in a circular motion until a burr occurs along the edge opposite edge to the bevel you are abrading. Change paddles from coarse to fine and then onto the superfine paddle. 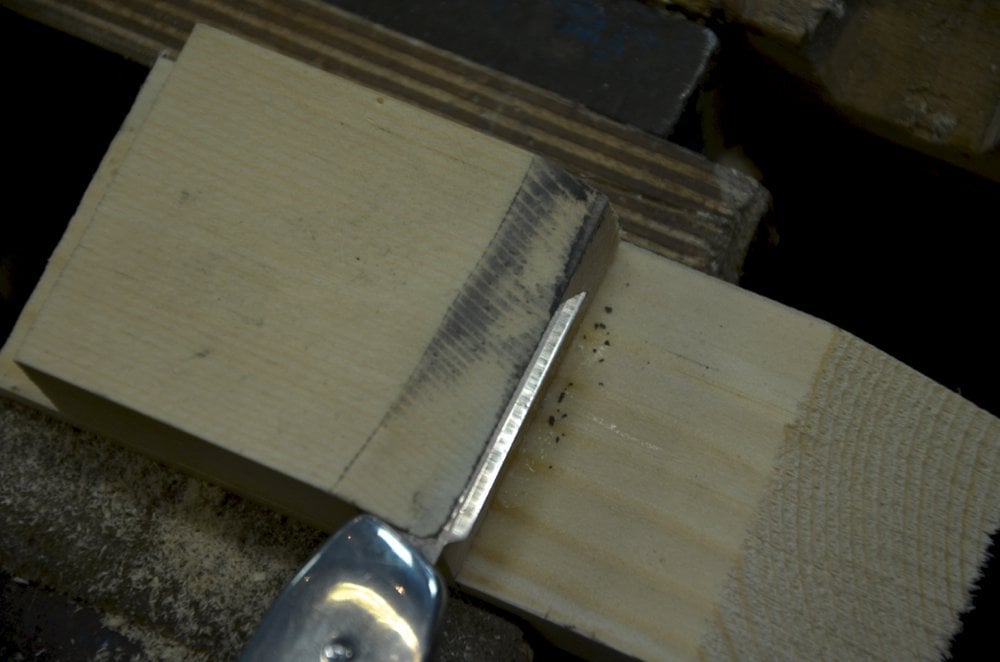 Once done the blade is good for any woodworking. Any burr will break off in the first cuts you make but you can always refine the cut further with a strop and buffing compound freehand if you wish.

This is the best system I know of and knife sharpening takes only seconds to develop. I am using the usual and preferred EZE-Lap paddles coarse, fine and superfine.

4 thoughts on “Sharpen up!”