Thicker Irons May Not Always Be Actually Fit For Purpose 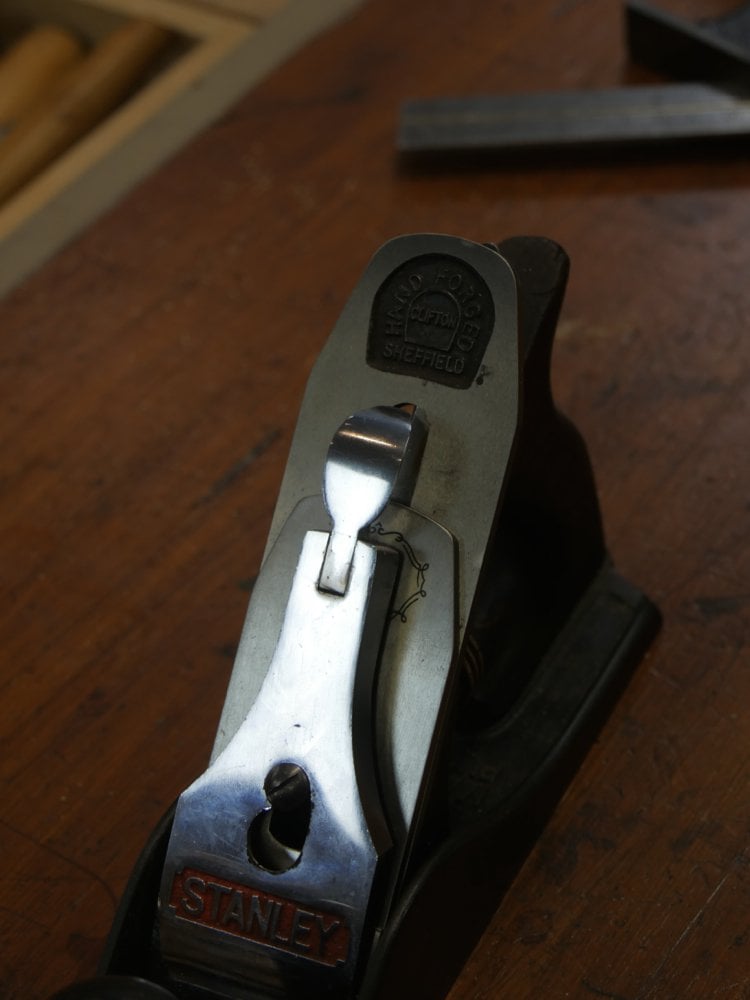 Florian from Vienna is in the Nine-day Foundational Woodworking Class this week here at Penrhyn Castle. He was struggling with his personal plane and asked me to look at it. It was a Stanley #4 plane he had decided to make an upgrade to by retrofitting it with a Clifton iron and a stay-set cap iron, also by Clifton. It seemed that the plane couldn’t be adjusted as it should and that registration of the iron to the sole of the plane was relatively ineffective. The problem wasn’t altogether obvious at first glance and it seemed the overall plane was generally in really good shape after he had spent time restoring it. Additionally, Florian had done the right and necessary research and Dieter Schmidt, purveyor of the Fine Tools Company of Europe, based in Germany, went to great lengths to make certain the information was there to help Florian make an educated choice. 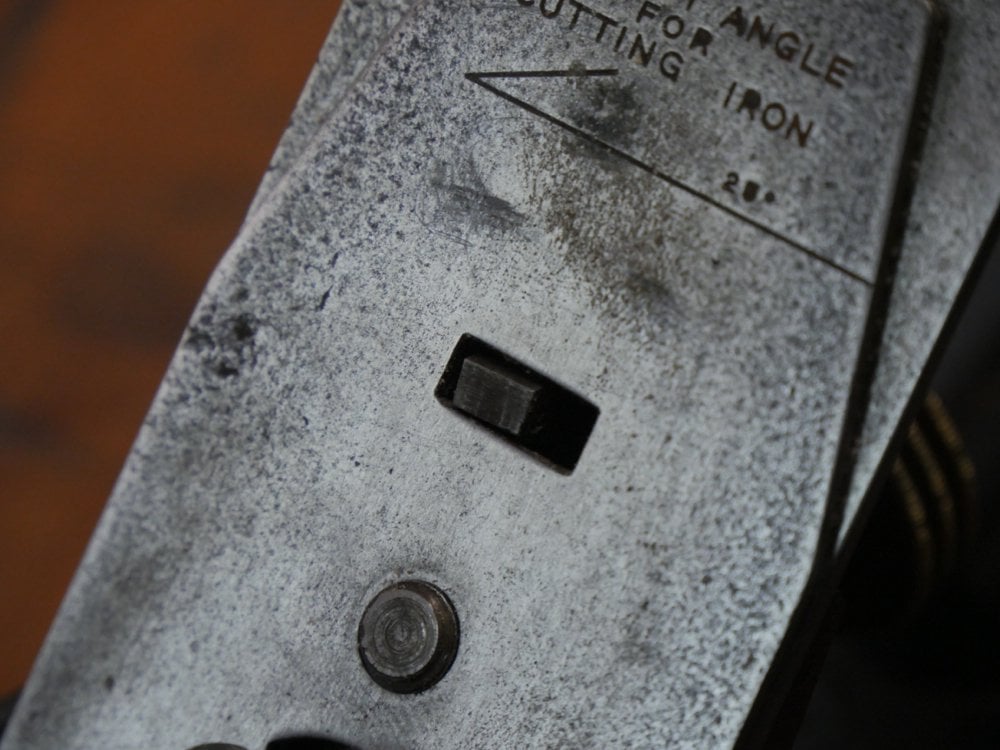 With the Stanley cutting iron assembly the yoke presents squarely inside the cap iron and through to level with the outside or top side of the standard-fit cap iron. 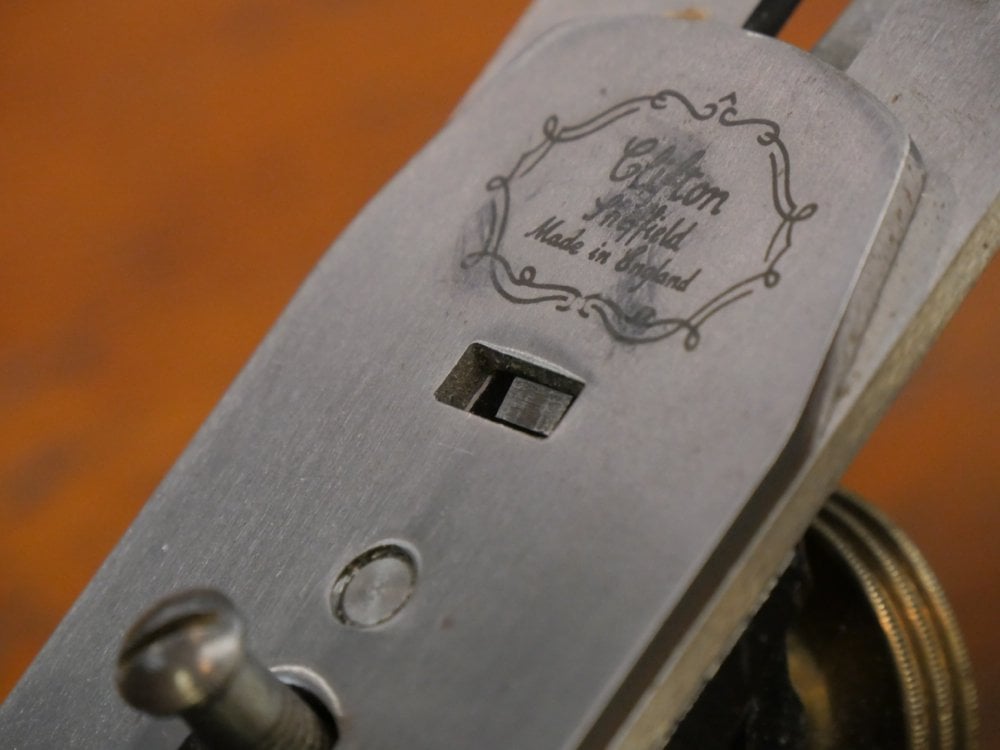 Here you can see that the yoke doesn’t engage with the cap iron and therefore the yoke cannot advance or withdraw the iron for setting depth.

After a couple of seconds I noticed that the yoke protruding into the rectangular opening on the cap iron seemed to be less engaged than I was used to seeing. I mean it seemed to barely engage at all in the enclosure. I removed the Clifton iron cutting assembly (the combination of the cutting iron and cap iron) and measured the protrusion of the yoke from the face of the frog and found it to measure 4mm. 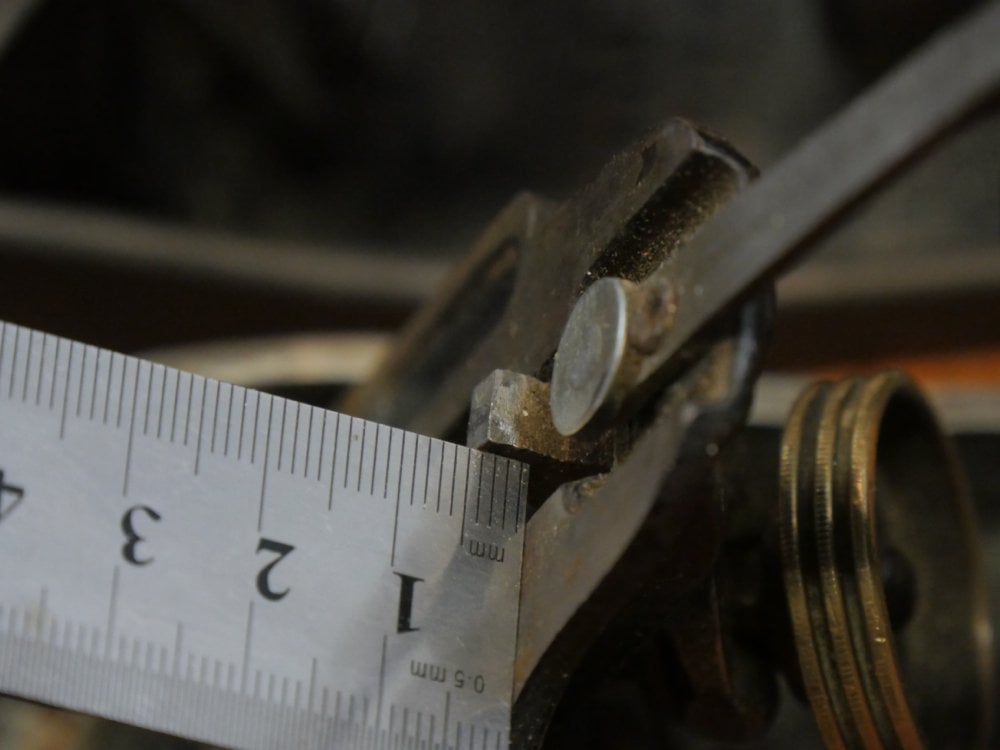 I measured the protrusion on my own Stanley and found that that one measured 1mm more at a full 5mm. 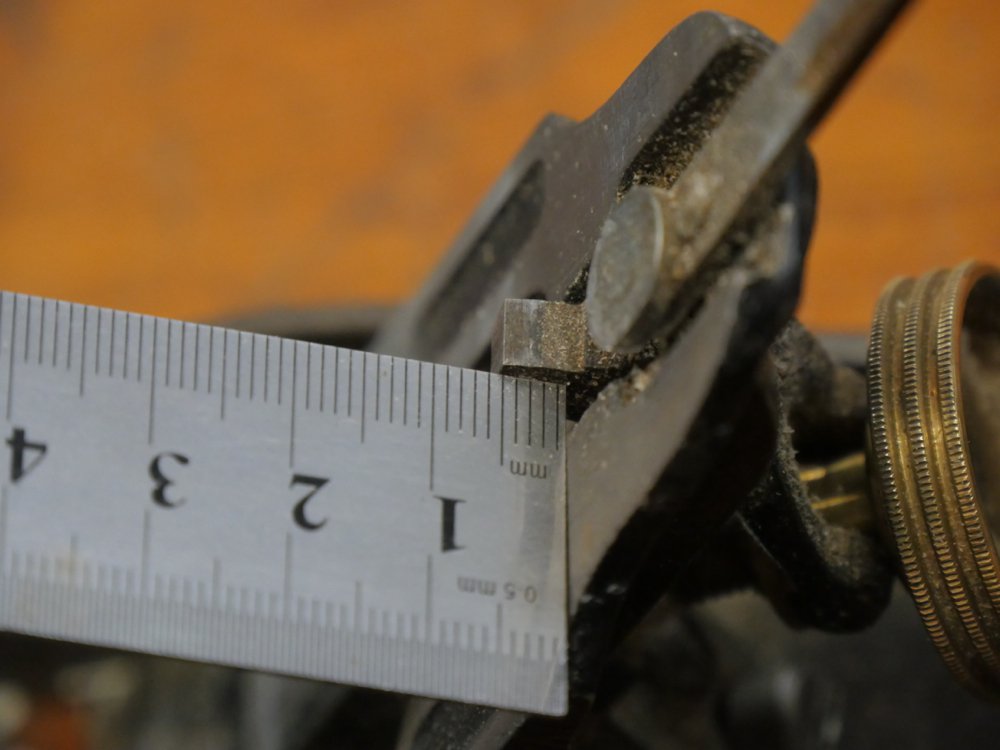 Considering the extra thickness of the cutting iron now distances the cap iron from the bed of the plane by the additional 1.3mm increase in iron thickness, it soon became clear that even with the best willing in the world, the retrofit wasn’t really fit for purpose, even though no one had done anything wrong. Because of the added cutting iron thickness the yoke cannot give full enclosure as standard with non retrofit irons.

I offered to trade my frog with the added 1mm protrusion on the yoke as a possible solution and indeed that changed the situation acceptably. Trading out the identical frogs was the easiest answer, and that’s what we did. So, anyone retrofitting their Bailey pattern bench planes should be aware of this subtle difference and before ordering should make sure the yoke is at least protruding 5mm past the face of or bed of the frog.

However, then comes a second point I picked up on that’s also worth noting. The difference in the location of the rectangular opening that registers the end of the yoke to facilitate the depth adjustment of the cutting iron assembly is slightly different than that of the original cap iron. Again, at first glance at least, the Stanley and Clifton cap irons both have the rectangular hole for the yoke to stick into and through, but we discovered a small difference. The distance from the tip of the cap iron at the business end by the cutting edge and the rectangular opening on the Stanley and the Clifton is different by 3mm. 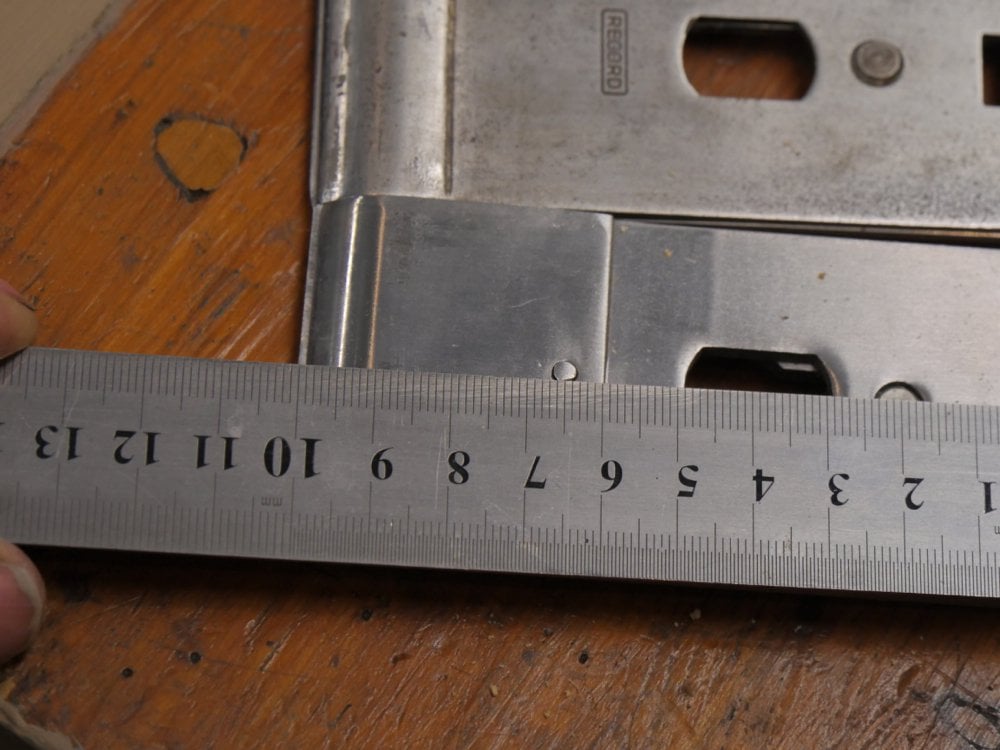 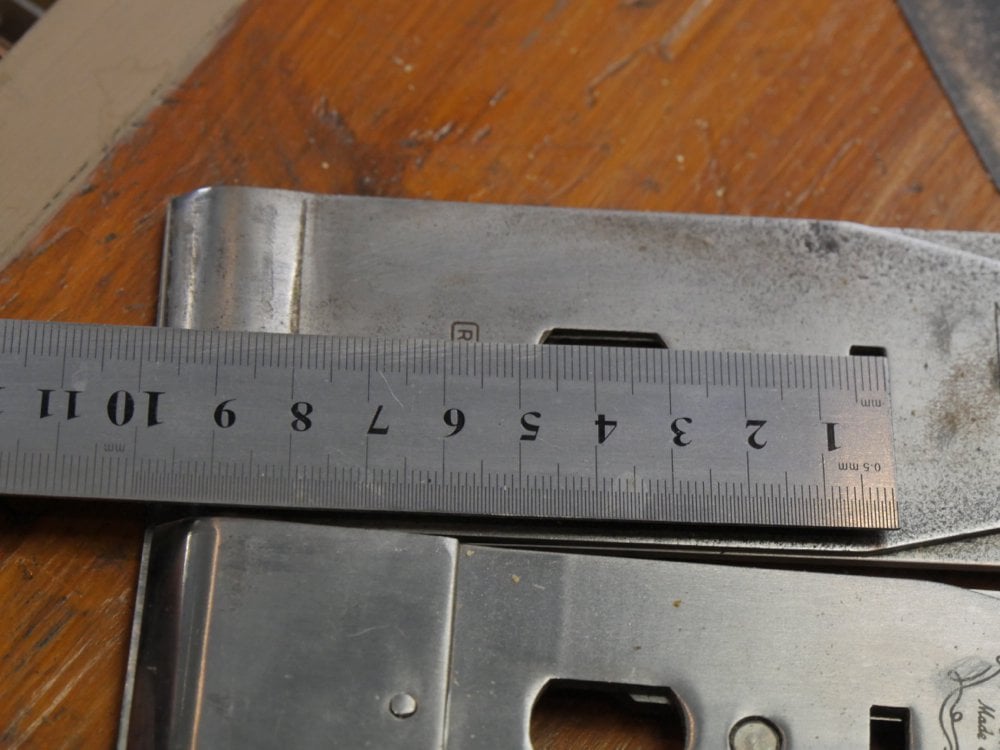 This effectively means the yoke tilts on the forepart of the pivot point quite a bit more; so that the yoke is not square in the opening but tilting forward quite a bit and that’s before the iron is set to take even a thin shaving. The yoke is what presents the cutting edge of the iron at the correct protrusion through the throat of the sole and allows for the adjustability of depth of cut. This means that the yoke engagement, being already drastically lessened, applies less support inside the recess. Again, the effect this has on the plane iron is prevents the adjuster from changing the depth of cut. 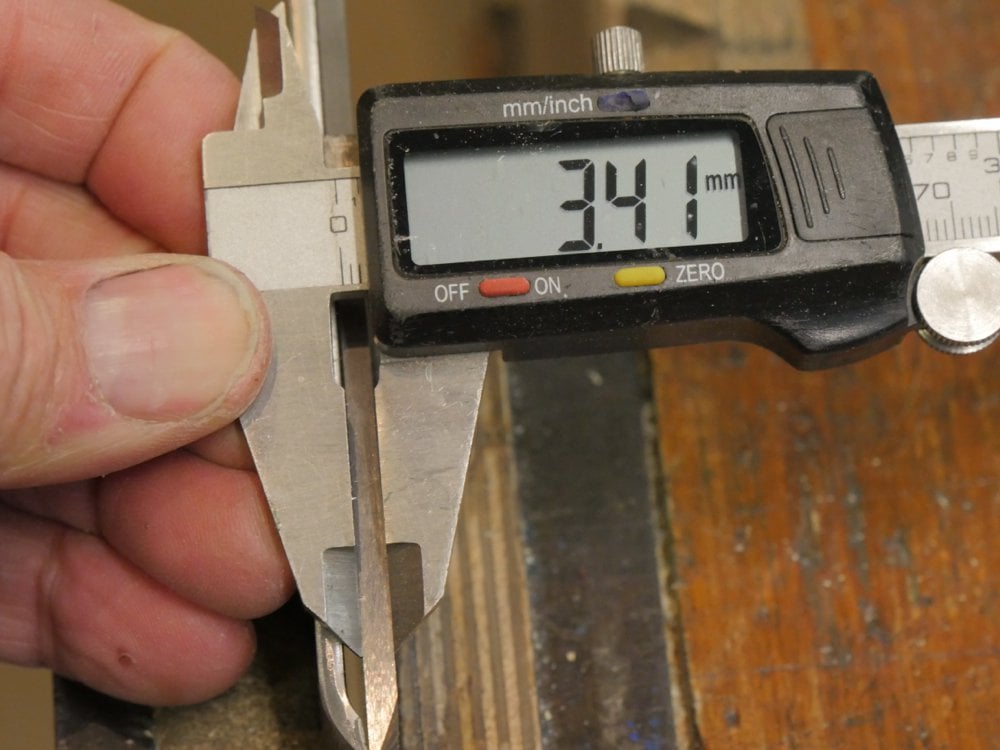 The thickness of the Clifton iron is 3.41mm whereas the standard Stanley iron is 2.08mm. 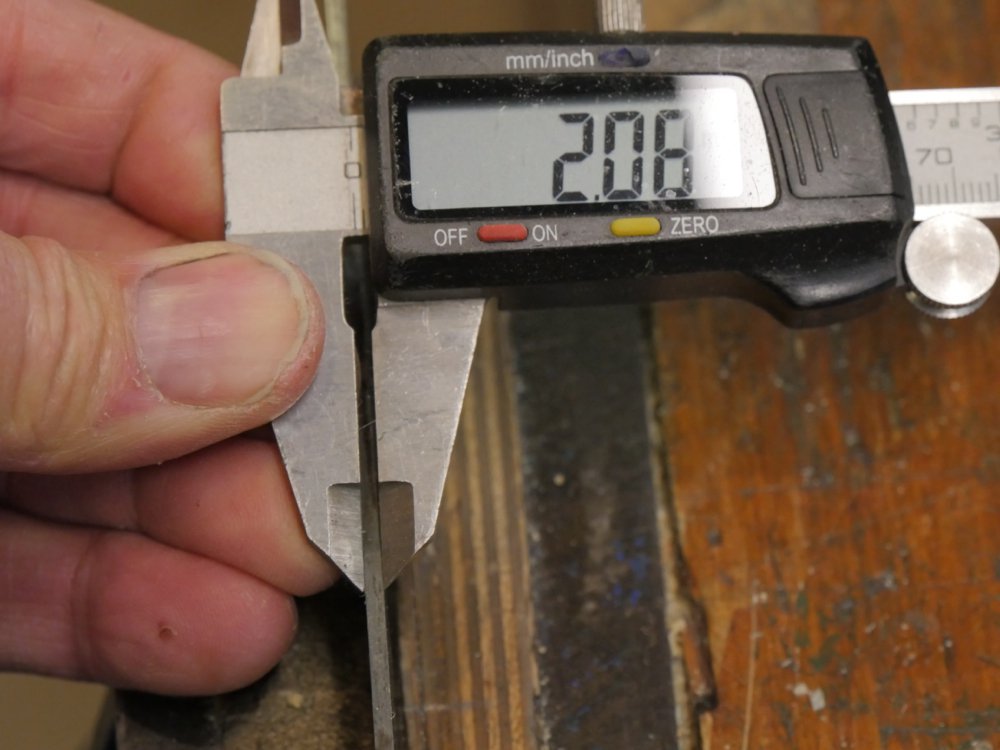 So the engagement in the opening of the cap iron is less than .5mm. These two seemingly small differences, the short protrusion and the tilting yoke,  when combined, drastically affect the retrofit, and, as in this case, renders the upgrade ineffective.

A New and More Equal Yoke?

I suppose the next upgrade for plane retrofits would possibly be a new yoke with an added 2-3mm to compensate for the thicker iron. Even if at 1-1.5mm passing into the rectangular opening the yoke is engaged, I conclude that there is a good possibility that the yoke will wear much more quickly and stop working.

← Making Your Own MalletThe Demands of Thick Irons →