For more information on the Sliding Bevel, see our beginner site Common Woodworking.

Sliding bevels can be had on eBay as easy as wink and I have been testing them out for a while. I pretty much know which ones work well but I wanted some up to date info on ones available. The first ones I chose to purchase appeared to look fine; models you might buy on appearance or by a reputable name. 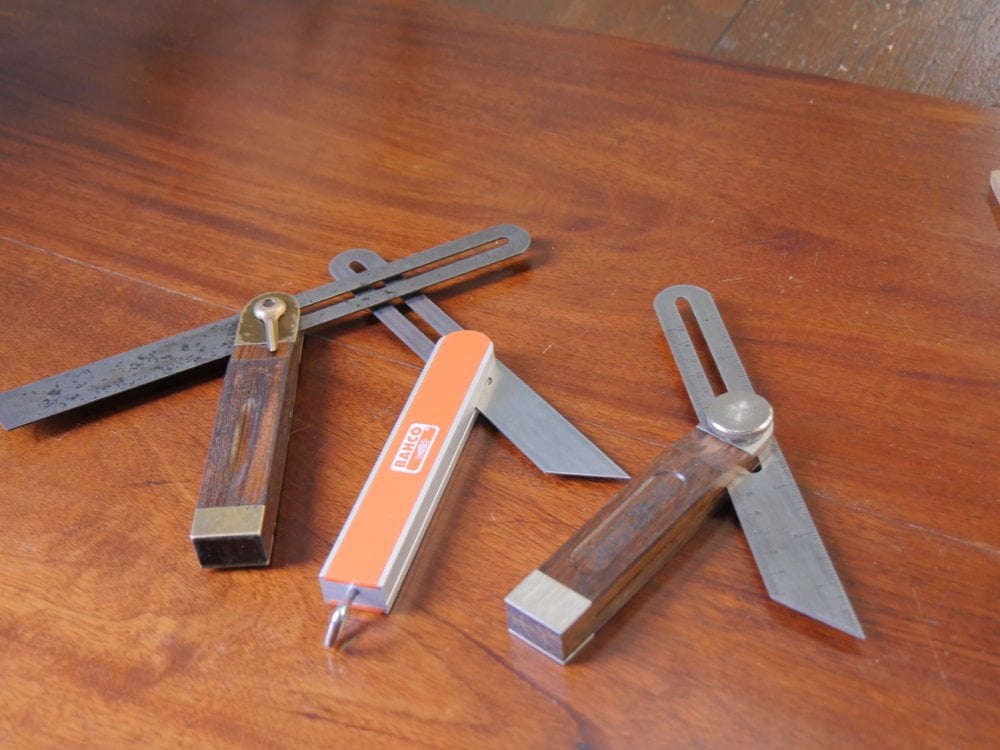 One thing I think is most important is that once the locking mechanism is locked down it should indeed truly lock. If sliding bevels means slipping and shifting beams then that can translate into inaccurate cut and pencil lines and then there’s the risk in transferring angles from one critical point to another.

The first thing I look for in using a sliding bevel is a lock mechanism within itself that requires no second part to cinch everything down. I bought the two shown top right because I thought these might satisfy my requirement. 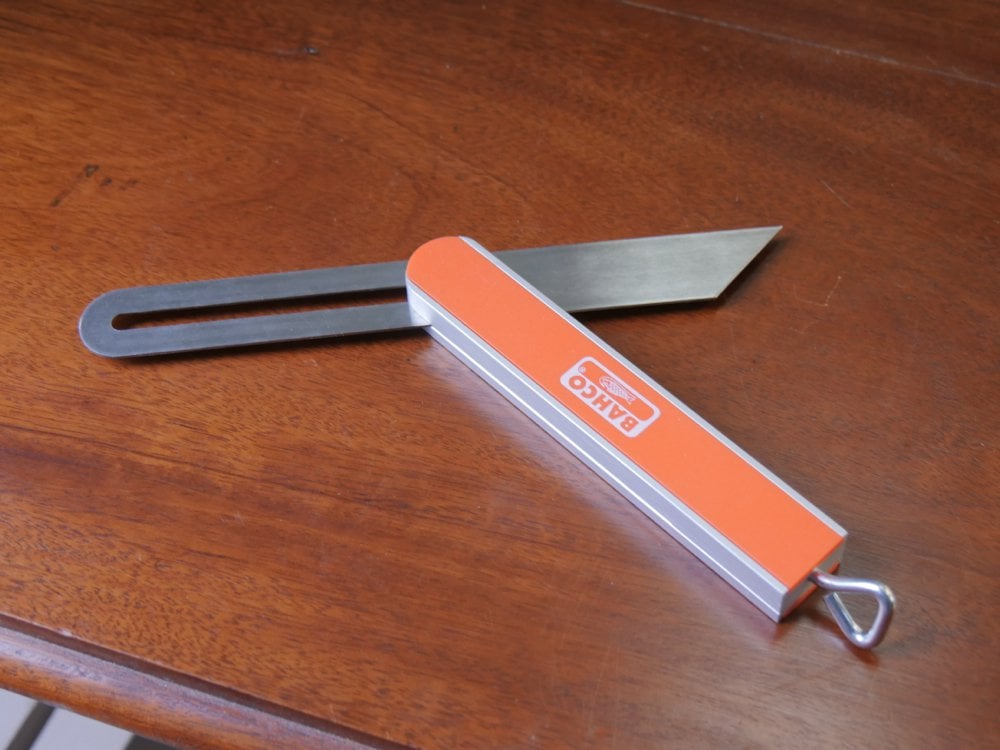 The first one I tried  was the Bahco sliding bevel. I was surprised that this tool was made in China first of all. 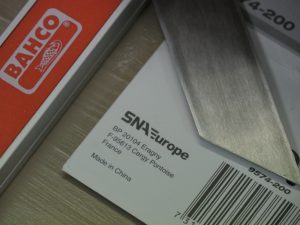 The tool looked solidly built and I slipped the beam back and forth and locked it via the mechanism expecting it to make the beam totally immovable. Not the case at all. What I always wonder, especially with reputable makers, is how they can allow a product to come into the hands of a consumer that simply doesn’t work. I mean why risk their reputation on such incompetence when the product they are having made could actually be made to work in the first place. 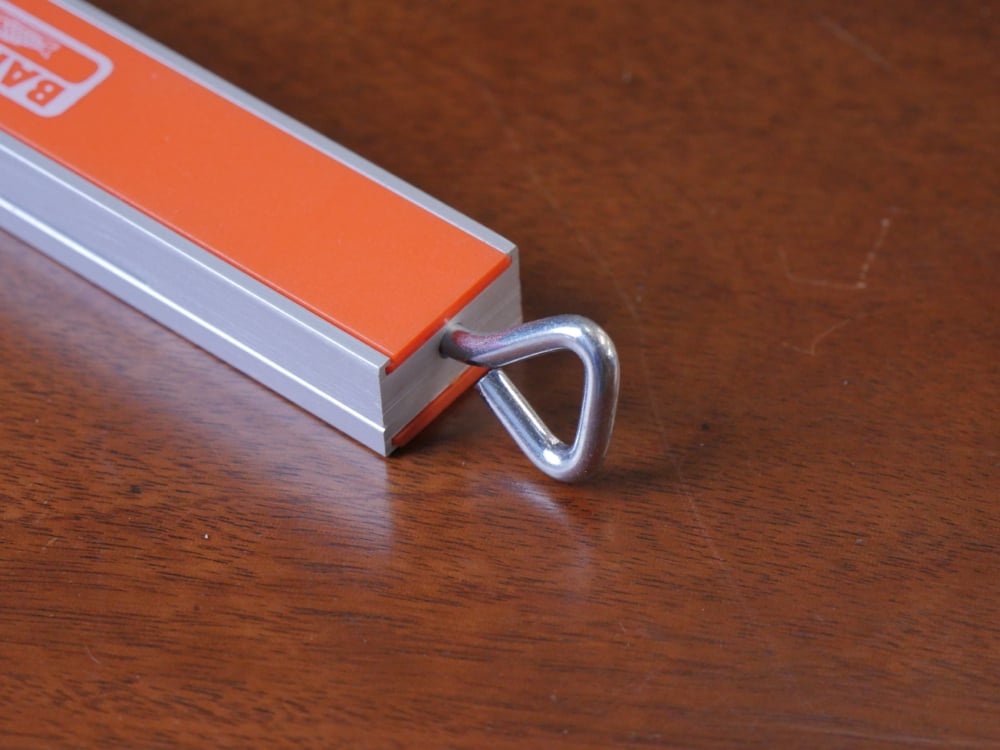 I did have high hopes for this one, one because of the price and the other because of the name of the maker. I set the angle and twisted, the thumbscrew pinched the beam and it shifted with hardly any pressure at all. I tried many times and even with my strong fingers and thumbs could not lock the beam to the stock. Finally I took a spoon handle inside and realised I was doing the very thing I wanted to avoid and introduced a second entity to lock the beam. The extra leverage made almost no difference at all though. The beam shift was just too soft, too easy and too much. I know it should work and other similar looking products do work, but this one doesn’t work well at all. 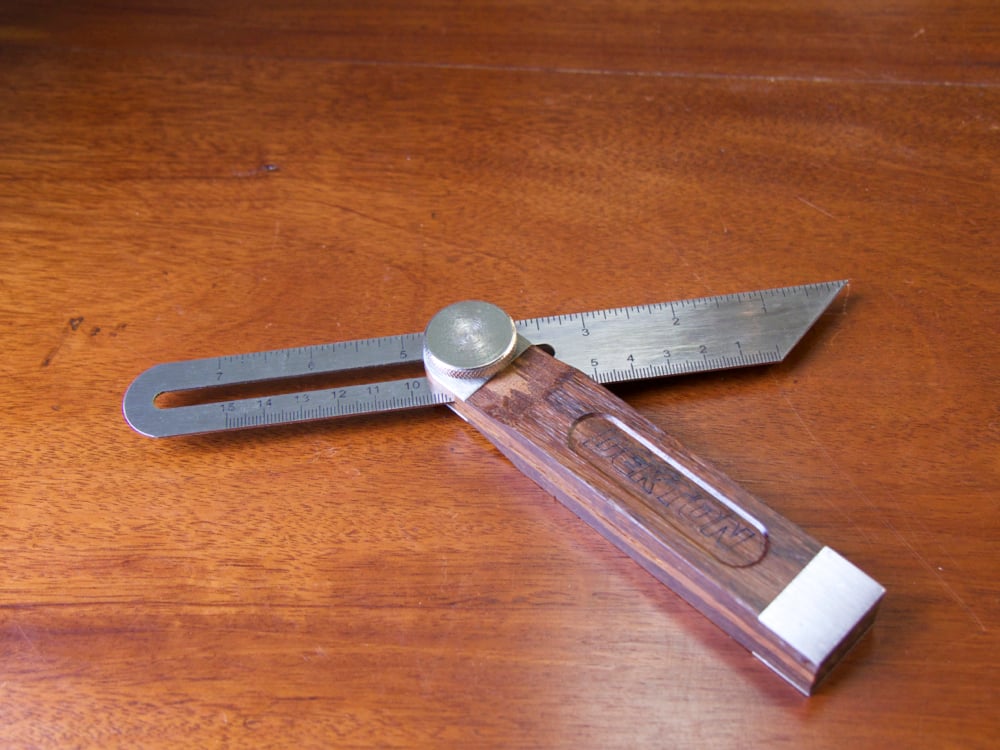 The second sliding bevel was a third of the price at just over £4 with free shipping and taxes included. This one has a knurled nut lock down that’s made from stainless steel like the Bahco but the stock is made from hardwood that looks like and could be rosewood and stainless steel fitments. The beam has both metric and imperial measurements for measuring and all seemed to be acceptably made until I cinched the setscrew tight and lo and behold it seems about the same as the Bahco. 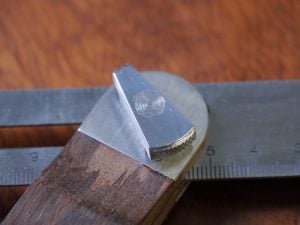 Overall I felt this tool might be a working tool so I cut off the sides of the locking nut on both sides at an angle so that I could apply better leverage and that worked just fine. This took only a couple of minutes to do with a hacksaw and a flat file. I’ll keep this one.

The last one was one I was used to and an old model I have used for a couple of decades made by another maker from the early half of the last century. This one locked down fine, probably because of the good leverage that optimised purchase. 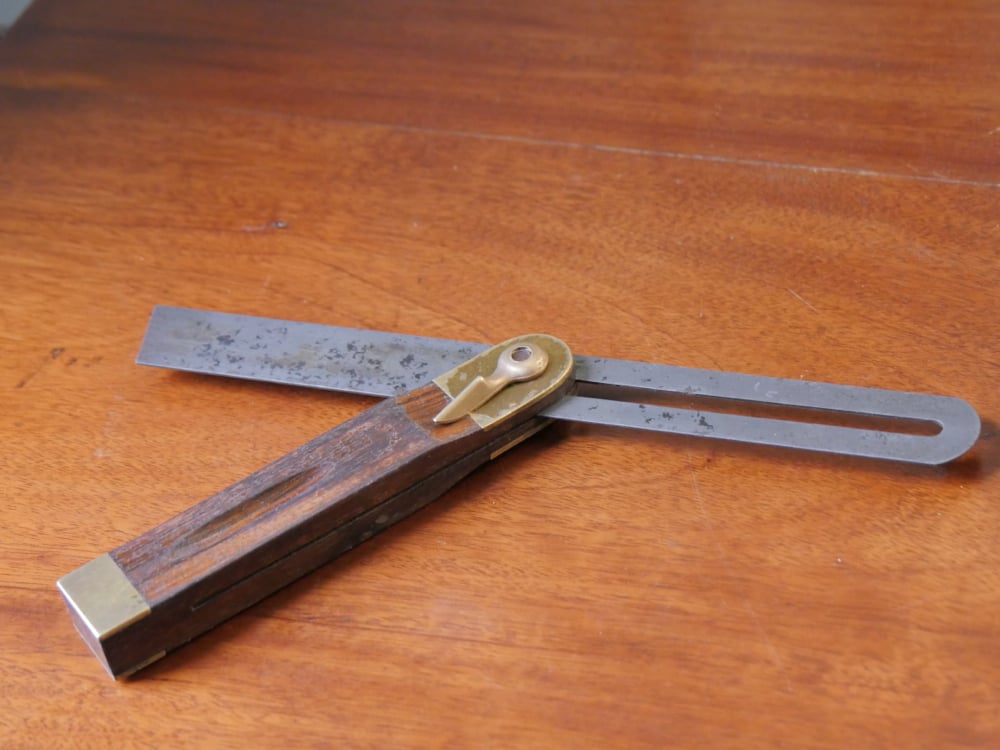 I wonder how many Bahco sliding bevels have been sold to unsuspecting purchasers? Do you think that Bahco cares at all? I think not, but then I have to wonder to myself, why?

[I did hear back from Bahco straight away and they said:

“Thank you. We contacted immediately our product management for this issue. We will contact you again very soon.”

As soon as I hear more I will post on the progress. I appreciate the fact that Bahco responded so positively.]

Tagged Sliding Bevel
← Questioning the Cross-grain Rim On ToolboxesJoinery dogs video is up on YouTube! →