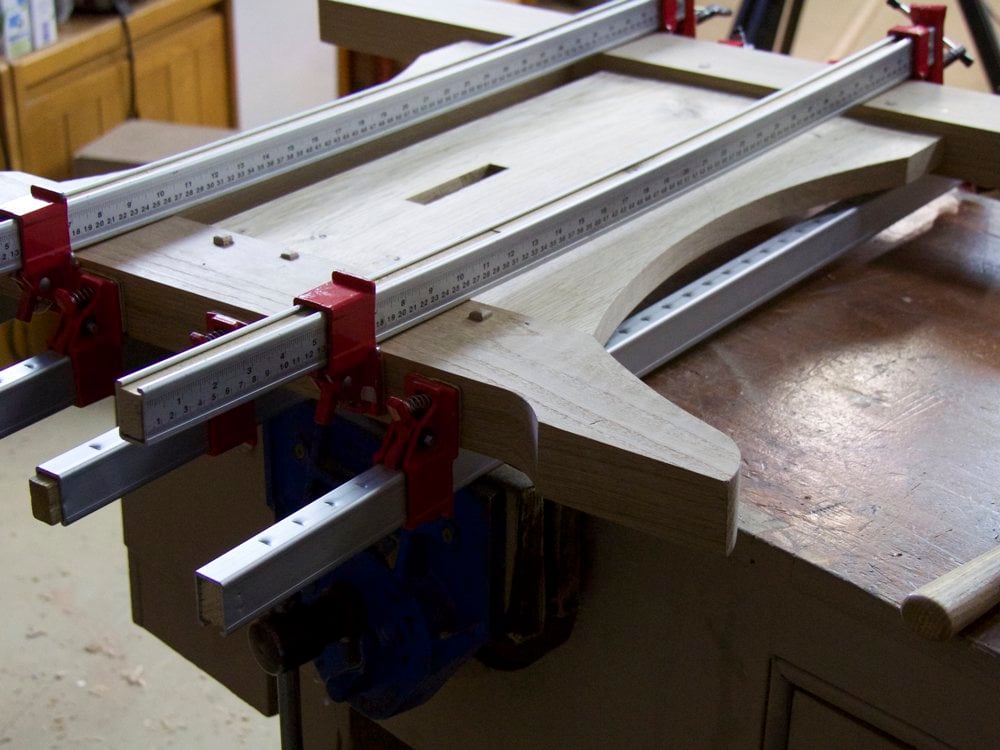 Today we glue up different things and that includes the dining table we’ve been building for the current woodworkingmasterclasses video series. It’s been a good week so far and by Friday I hope we’ll have this project concluded. Each of the projects we’ve built have been training vehicles to show methods that work as well as machine methods and more often better or impossible by machine. The second episode on planing the rough and waney edged oak for the table top is online at 5pm on WWMC and next week we start the hounds-tooth dovetailed apron. I introduced this as my newest design back in 2010 when I made the table for my son’s wedding present. We’ve made it and sold it since then. Joseph made his first one of these when he was 14 years old and made it from black walnut. 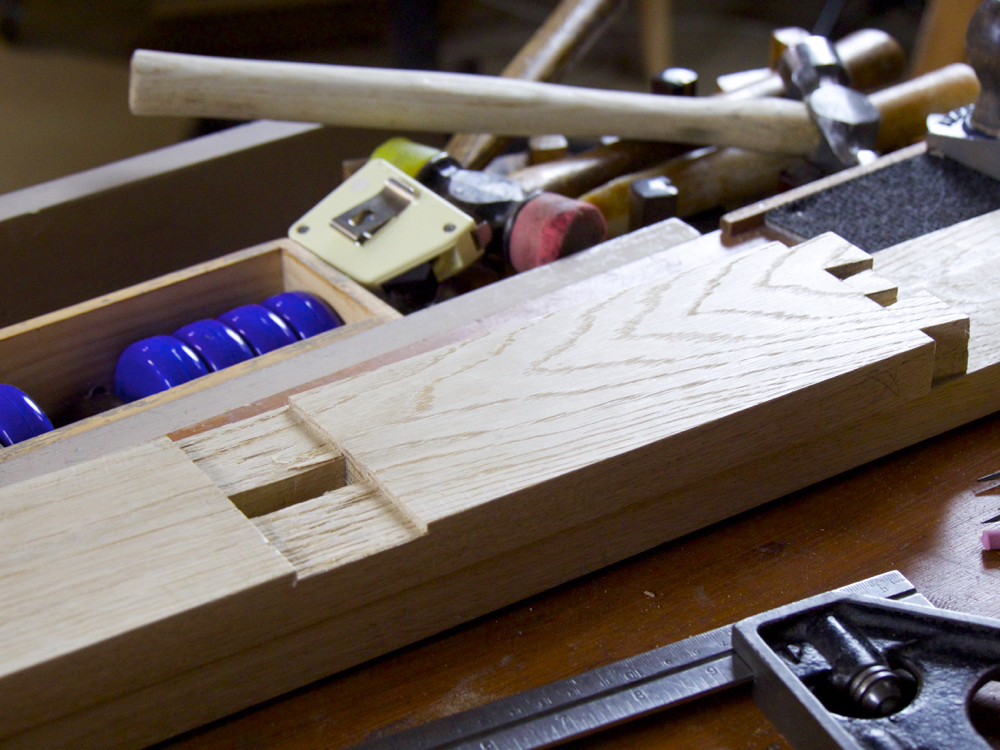 There are a couple of things about this table that are unusual and the joinery has a few features some might find unusual such as the combination of the housing dado, through tenon and protruding roundovers. 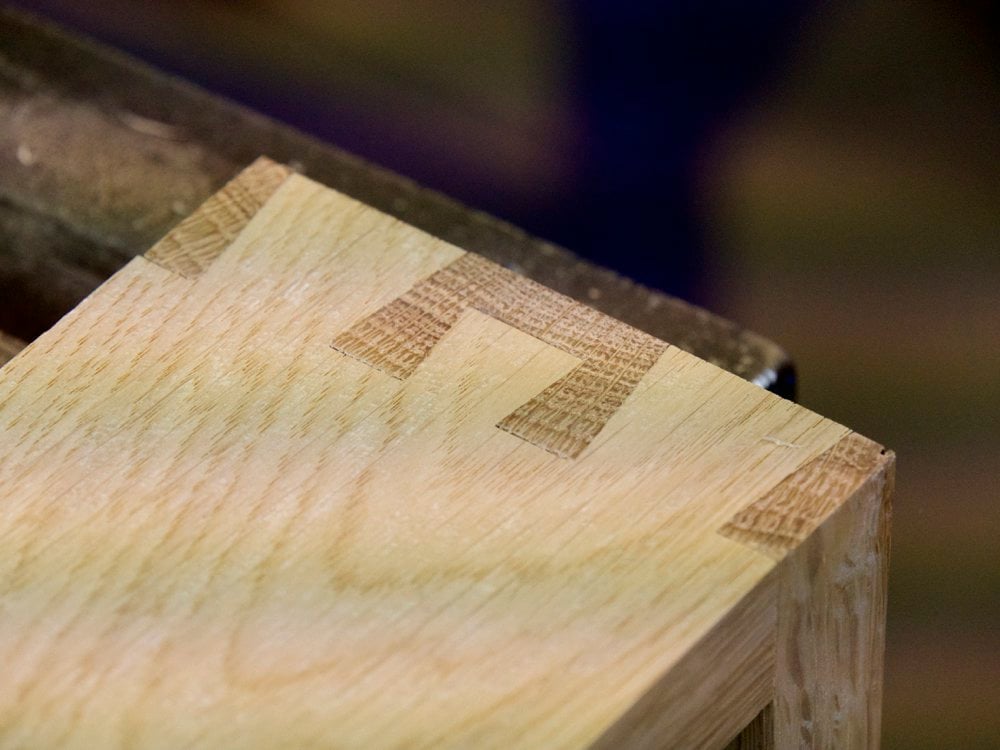 A bit more of a challenge is the Hounds-tooth dovetail which simply put puts a dovetail inside a dovetail as can be seen here. I have put square pegs in round holes with the protruding rounded ends. It’s unusual because we’ve retained the round properties of the driven peg and the offset round holes inside to draw up the tenon shoulders AND the decorative feature of the squared peg end. We show how to make this very distinct peg that as far as I know is something I developed and has never been shown before anywhere. 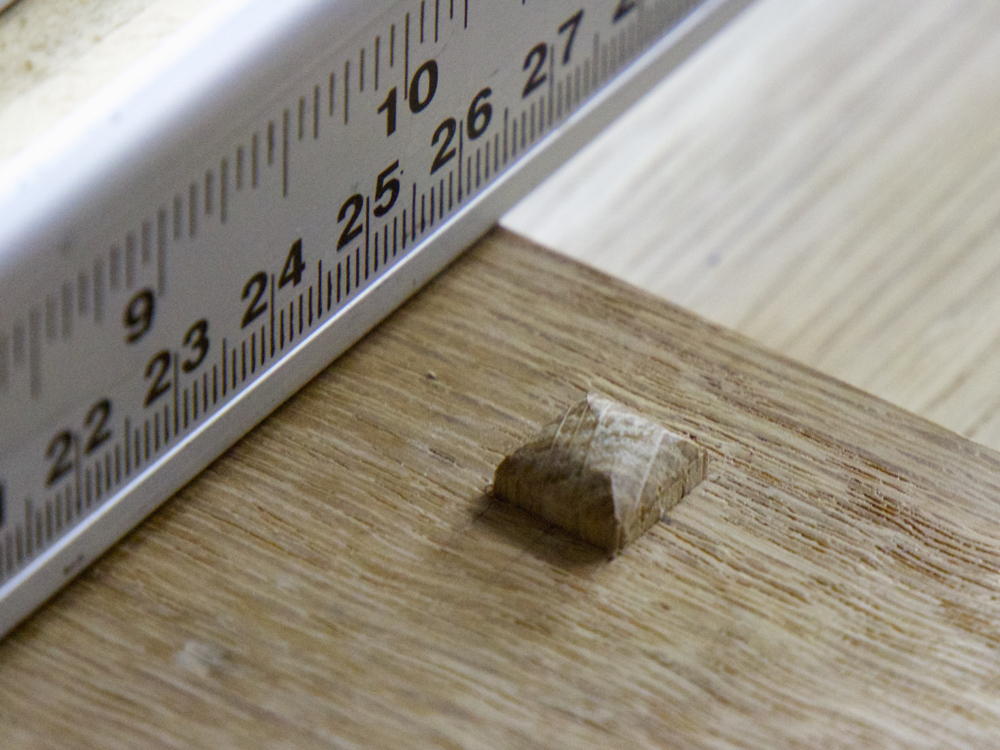 Of course it’s all hand work that matters and doing it to camera means that thousands if not hundreds of thousands of people will watch and train using our best kept trade secrets.