I like to remind everyone that it’s good to evaluate why you want to be or become a woodworker if it is in fact beyond just the making to in some measure become an artisan selling what you make. And that it’s good to ask yourself alone the right questions so you can set realistic goals. People use terms like reinvent themselves when in the reality of real life no one really invents themselves but perhaps more realistically define aspects of their lives they need to bring order to. Assessing where you are, what you want to be enables you to establish a true intent untainted by additional influence to knock you off course even a little.

My reasons for saying all of this is because when I was 14 or so I decided I wanted to be a furniture maker, or at least some kind of woodworker. I had made half a dozen items including joinery, shaping wood, such like that and some lathe work. At that age I ably chose to become a woodworker for no other reason and with no other influence than something inside me saying follow this path. It had nothing to do with money and I would have apprenticed with any woodworker for nothing. I actually didn’t know I was in this for a wage and going to get paid. You see there was a pureness to the venture. That was truly how it was. My wage was £3 take home pay and I worked 46 hours for it. It came on Friday evening as I left work and the foreman passed it to me in a small manila envelope that allowed the notes to be folded within the seal so as to be countable and any coins inside could also be counted to make sure what was hand written on the outside matched what was actually inside without first breaking the seal. My only, only motive was to become a woodworker.

I’ve lived in a western culture on two continents equally in terms of duration and long enough to see that the quest, perhaps I should say dream, of many is not just to be good enough to sell what they make, but to sell enough to mass make. What started as just a good idea changes to convert and then mass-make what’s made into excess money. This then becomes proof of success. It, money, mass-making, becomes the validation of a person, a creative and artistic person and yet it has been my experience that many people lose their original reason for doing what they do. I have helped several people get off conveyor belts. In one case I basically gave one of my businesses to them. His own businesses were failed attempts to make money. He saw it as a leg up. What did he do. He made it into another failure. It did make money, but he lost the original intent and went back to his old ways, lost interest and sold the gift that he had. He never saw what he had was a way out.

I have succeeded for a long period to be a furniture maker, live off my earnings good and not so good and at times have a week with no work (that I still enjoyed) but much of the time had anywhere from one month’s work to two and a half year’s worth of work ahead with my loyal customers waiting for the work I do. I would be a fool to even suggest money isn’t an important element of work, but the difference is uniting the word money with making. You see most any business is about money making, but some businesses are about making furniture and violins and boats, canoes, cutting boards, all on more a small scale in say small batches or one-offs. 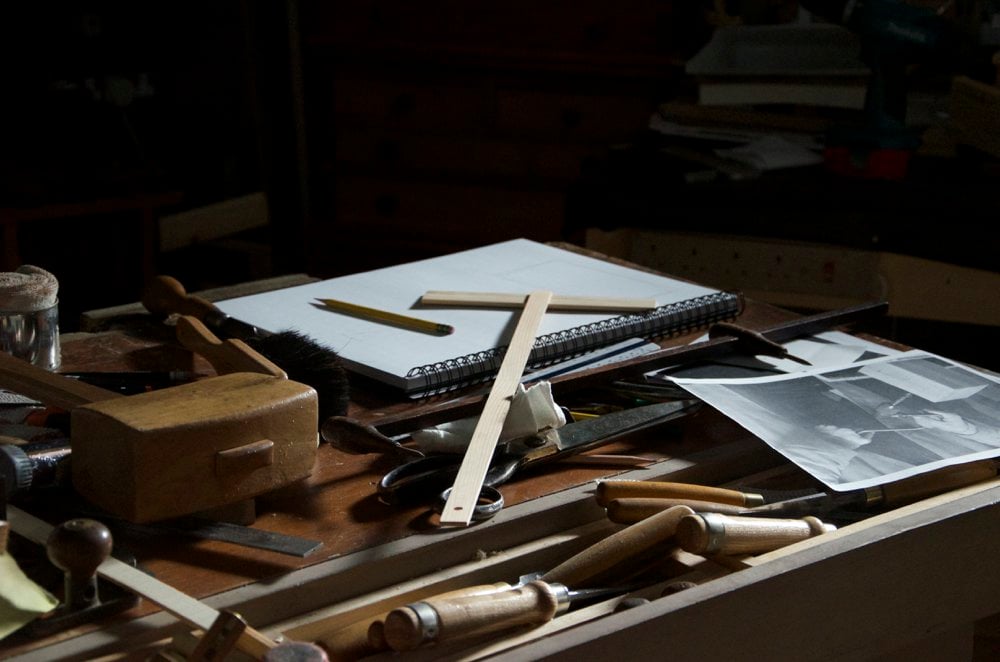 Before you build, stop, consider what you feel, write down the genesis of the thought and draw what you see. It’s not expanding the vision that leads to success but keeping the seed in its non-hybrid purity. This is how I plan my work, my projects, other aspects of what I do because my success is measured in my calling as a craftsman and the difference I make to other areas of life. You can’t bottle it, but you can live it.

Someone who doesn’t understand you says you can make money from this or that based on your idea. Was that part of the origin? Many woodworkers start out to pursue making money and business develops. You become a business person of some stature. Recognition and acceptance swiftly follow and a death takes place and the vision dies.

Take care. Pursue your vision, the very genesis of your first thought, and remain true to it. The provision of what you need will follow when you do this. Don’t let anyone stand between you and the origin of your dream. Consider carefully what others say, but stay true to your work. 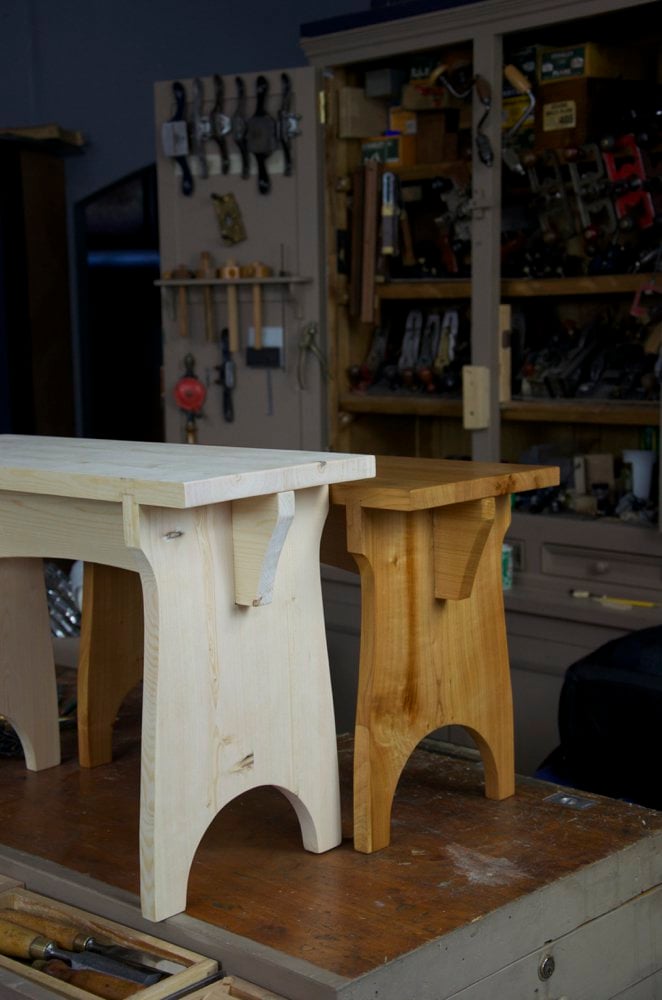 I chose cherry, hand tools and two joints in making the stool piece above. I stayed true to my vision. Will it sell? I don’t know. It’s not part of my vision. What I do know is that I made two of them this week from flat or rough-sawn stock. One in dimensional lumber, pine, and the other from rough-sawn cherry. My goal and first thought was the cherry one, but making them in the two woods was an important dynamic for me. Though the design is perhaps more demanding than it looks; I mean getting the four joints to line up, slide into place to perfection and have all four self lock with no gaps and very fine dovetails connect along the final compression, but I can’t even begin telling you how I so enjoyed developing the processes, the joints and methodology. Can’t sell it. Can’t buy it. Pricelessness!

6 thoughts on “YOU are an individual being. Be yourself.”