The questions I will be answering in the upcoming blog series were posed as a result of my inviting them two months ago. You sent in over 300 the last time I looked and every one of them was good. Most of the questions are indeed answered in my new book Essential Woodworking Hand Tools out shortly so if you want details please click and add your name here.

Are the Stanley Plane Irons any different depending on where they are made. US V’s Eng. And Second Most of the Stanley Planes I buy the iron is bent at the tip I suppose from where its been attached to the chip Breaker for so long. So this creates a problem for me when I go and try to lap the backs Its almost always hollow from the tip and about 3/16″ back.

I have found that by the time I get it flat that Ive removed so much metal now I have a problem with the chip breaker making a good solid contact on the iron. Would it be ok to turn the chip breaker over and attach it to the other side of the blade then flatten and polish it up before sharpening the bevel. I tried this yesterday on a #4. It had a full blade , never been sharpened but it had been sitting somewhere since the early 1900’s with the chip breaker attached so i didn’t want to abrade off all that metal just to get it flat and polished at the tip. Any suggestions on this?

As far as I know and have experienced there is no difference between UK and US Stanley cutting irons in terms of quality and functionality. Having traveled so much and living extensively on two continents I have learned that very country in the world boasts having the best steel industry so take your pick. Some irons were made using laminated steel and these plane irons were indeed hard, but they stopped making them after a decade or so. 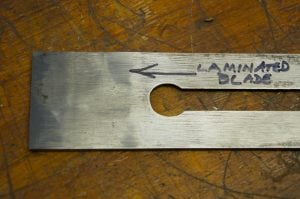 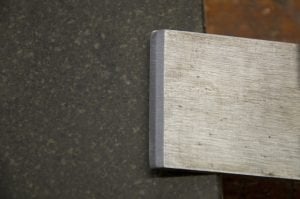 With regards to the two parts of the cutting iron assembly causing the bend in the cutting iron, this is not likely at all. Both components have spring in them and will easily tolerate the slight tensioning between the two parts. In fact, that was the very in-tension of the early manufacturers of the Stanley plane irons. It is more likely that user owners bent their own plane irons for whatever reason though. I recently bought some new plane irons made here in the UK, Stanleys, and they were indeed ground flat.

Look at this. I took a clifton plane iron from a brand Clifton plane and took a straightedge to the iron with the StaySet cap iron on the blade. The bend in the iron was then 1/32″. I did the same with a Lie Nielsen and that one bent a little more also. Loading them in a conventional plane and adding normal clampdown pressure from the lever cap they both conformed to the flatness of the bed of the frog regardless of the frog type. No plane iron is flat once the cap iron is applied with normal pressure of tightening the setscrew as tight as you can to unite the cutting iron assembly.

So, when you look at the normal pressures applied by the lever cap to the cutting iron assembly (the cap iron and cutting iron assembled), and notice that when the lever cap is indeed set and clamped down, the whole of the assembly is conformed to the frog. This is the same no matter the frog type, the maker or the thickness of irons. The only reason we need the flat face of the cutting iron to be near to flat is that it is easiest to get the cutting edge to the abrasive. Beyond that the full assembly of the iron in the plane conforms it readily to the task of planing perfection. You don’t technically or practically need dead flatness to the large flat face of your irons so I think that is quite freeing.

I haven’t experienced what you are saying you are having as a general rule and certainly not on such a high frequency level, but fear not, the answer is just one or two good hammer blows away. 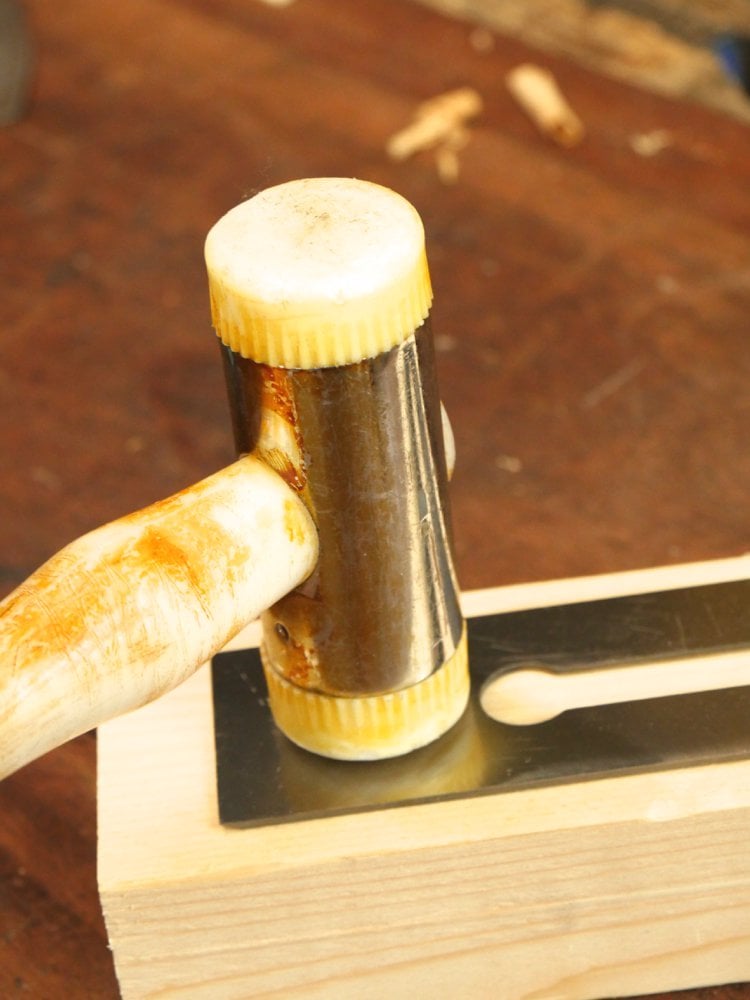 I too did strive for near flatness by abrading until one day, having realised the folly of flattening, I took a nylon faced hammer, placed the iron on a block of pine and struck the iron square in the flat face to counter a belly in the iron. This blow corrected the flatness issue. I struck it again and dished it by a thou and that gave me the perfect strategy for initialising every plane iron including new and high end ones and those with pitting in the flat face along the back of the cutting edge.

I have also added a packer of 1/8″ of softwood as shown and this gives excellent results too. in this case I wanted something more direct. The blade ended up with a beautiful even bend of a couple of though from the centre hole to the cutting edge. In six strokes on the 1200-grit diamonds I had a beautiful cutting edge that cut through the dross. 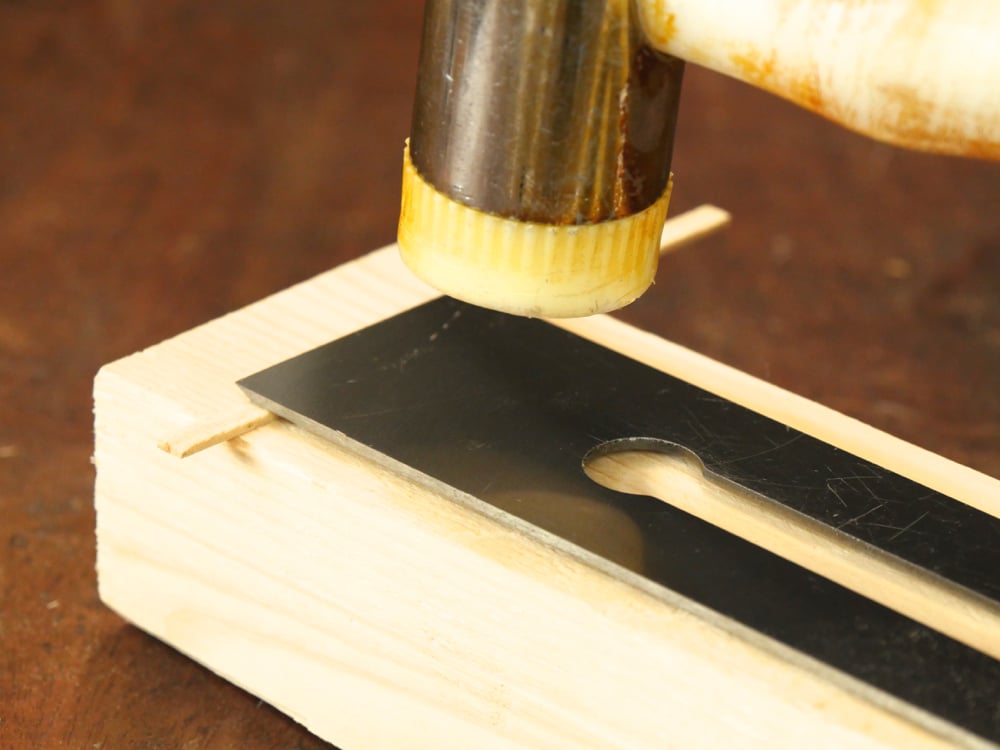 I never really liked the idea of elevating the back face to add a bevel here and the hammer trick really works great. It is a once in a lifetime initialising you never need to do again. From there on the slight dishing advantages your sharpening in the same way Asian cultures do.

The real issue though is this. There has evolved an obsessive compulsion for flatness when it comes to plane soles and irons, mostly it’s been manufacturers doing a bit of willy waving. Whereas a few people like passing time abrading steel to perfected flatness, there are then the majority who just want a sharp plane to work their wood with and there is space for both camps. In manufacture this mostly started three decades ago and then the magazines started too. Before that everyone just got on with sharpening. Anyway, there is your answer and the end of wasted hours spent abrading steel away to nothingness.

Remember, again, question authority. Don’t lay your planes on their side, it might be bad for them!!