In a couple of weeks on woodworkingmasterclasses.com we build the tool cabinet everyone has asked for and it’s a busy time in the making of it and the series. Carcass, drawers, tills, doors, panels all come from hand tools only. It’s the way to go and the way to grow your real woodworking skills. The patterns we use are ancient and new and in this project we use a system of dovetailing I developed that means all of the dovetails are indeed interchangeable from one corner to any other and that they can even be flipped to reverse the inside to out and still they will fit. 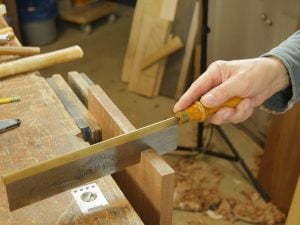 Ever seen that between four sets of dovetails with an 8 dovetail joint? How about that. Most of it will not be on my blog but you will still enjoy the progress. I did cut my initial dovetails with a regular dovetail saw and my favourite, which is my very old Groves, but then I switched and made one corner differently. It’s one thing trying different saws out on different projects so this past weekend I used 7 different saws side by side on one set of dovetails on an 8-dovetail corner. That’s the one you see me tapping together here below.

I experimented along the way as I often do. This was an interesting one, switching from a home made frame saw to a 150 year old dovetail saw. Then I switched to one of those new ones from the Thomas Flinn stable. The pricey ones. I ran the gents next to two Japanese pull-strokes and guess what? My dovetailed corner dovetails all came out the same and all the saws worked fine too. 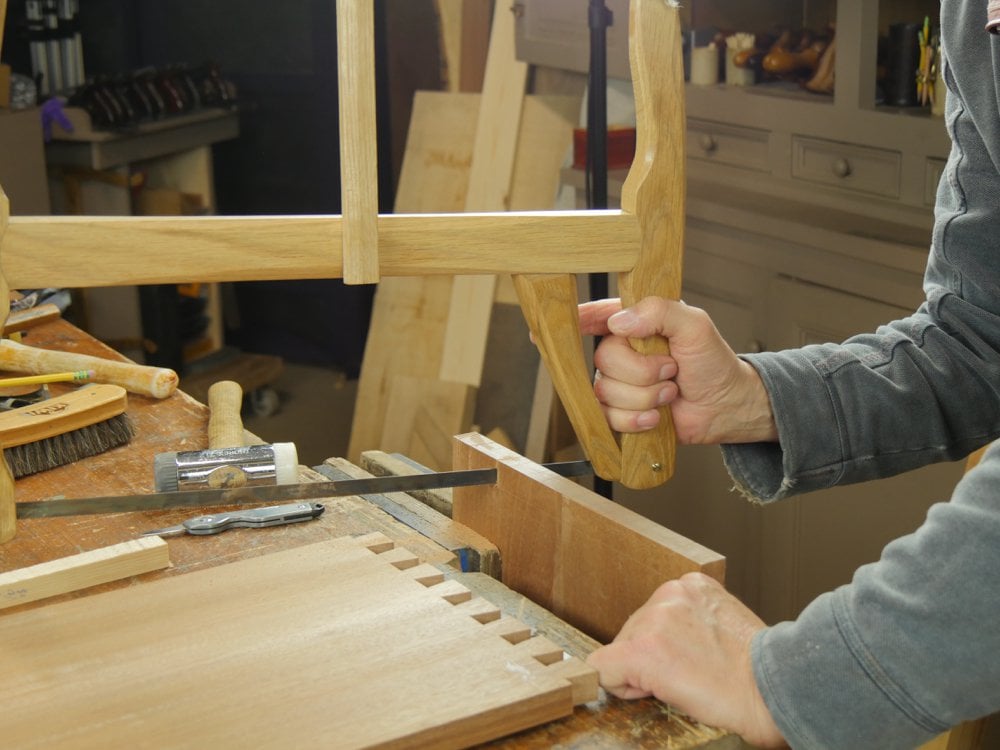 The truth was that the European mainland frame-type saw I made from oak worked equal to the most expensive specialised dovetail one and believe it or not the special-toothed Japanese hard-points, both of them, that’s the cheapo and the expensive one, did as well as one another and as well almost as my old Groves 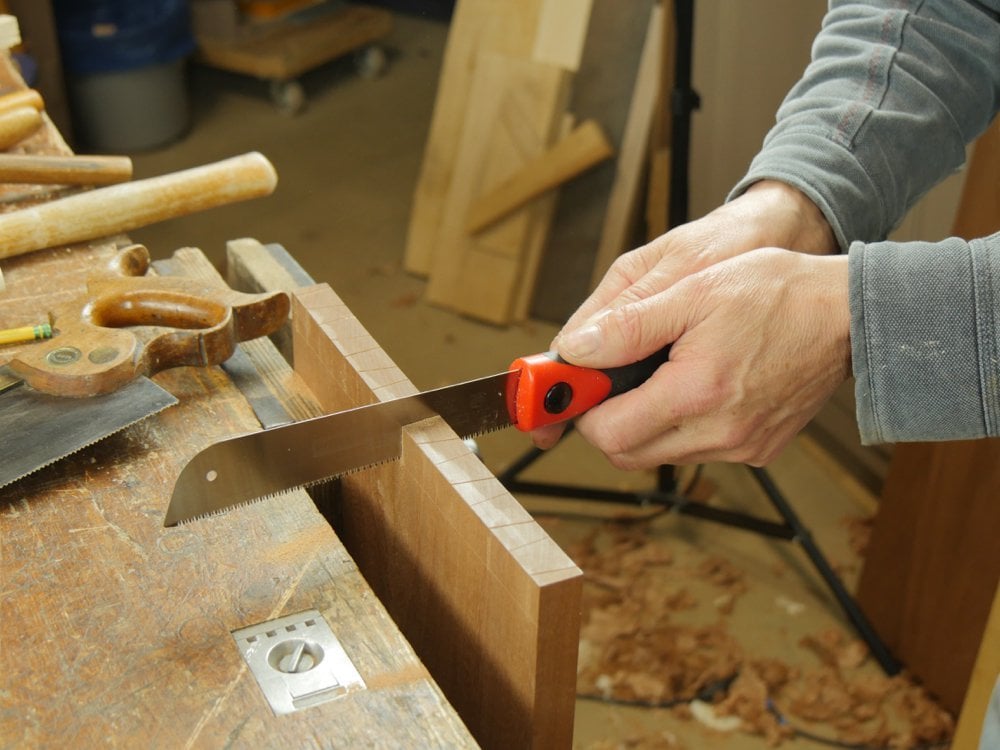 . Well, not really. Perhaps 70% as efficient though. The ancient or associated problems with each saw type remain the same. Friction, loss of visibility through sawdust, buckle and flex, alignment, overt floppiness. Things like these. But my micro-adjusting to compensate for the individual flaws inherent to each one meant near perfect dovetails no matter the saw I picked up and used. 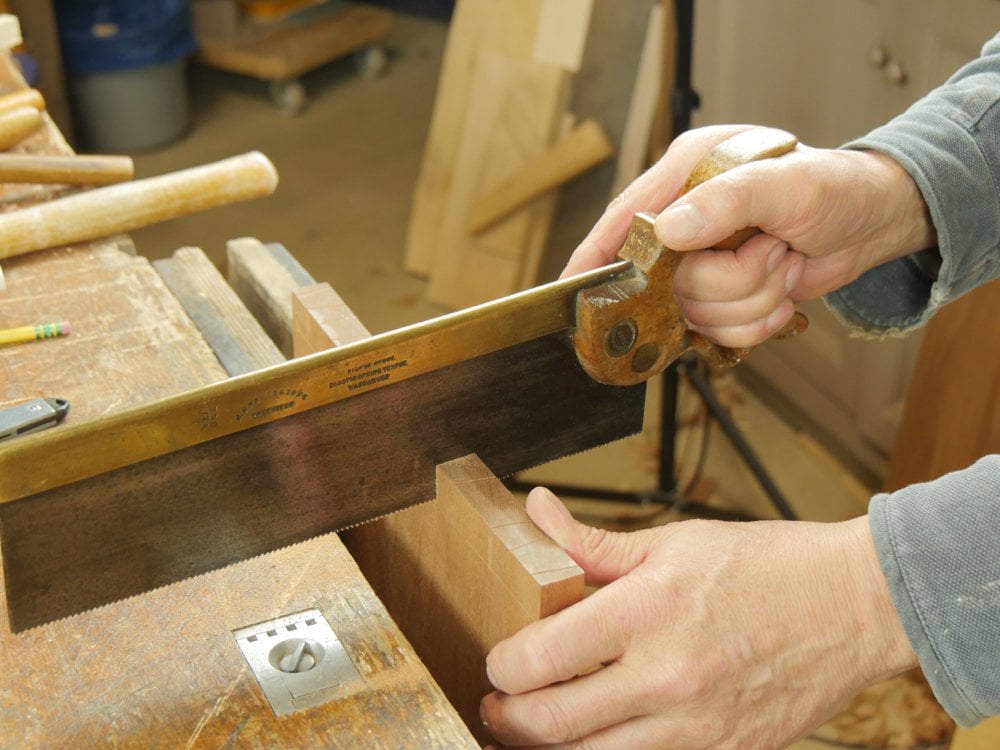 I have always enjoyed the willingness of woodworkers to share what they know with others. My concern at one point years back was that too much information started to take over that was based more on mere opinion and not life’s longer term experiencing. One thing that my research over the years repeatedly turns up is that with the dearth of skill-based, experienced teaching and training a void was left and that has as the proverb goes left a vacuum that nature seems yet still to abhor. The vacuum means that for over three decades catalogue companies have assumed the position of experts. Their blurbs express that they are now the new-era experts but not by self declaration in so many words so much as being the Presenters of information. 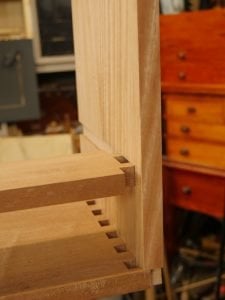 Express bold and confident statements in their texts seems as if to come from their experiential knowledge when we really know that that cannot be true. Most salesmen and staff in catalog companies don’t work with their hands or ever actually use hand tools. It’s as if their purchasing power entitles them to a transferred energy of experiential knowledge by osmosis. Here is an instance. For years now I have seen that the quotes of different companies could be written by one and the same technical writer. I read all the time how western handsaws are much thicker than Japanese saws because western saws buckle and warp under thrusting pressure. I read that pull stroke saws, because they are so thin, are much much easier to use. But I have not really found this to be altogether true at all 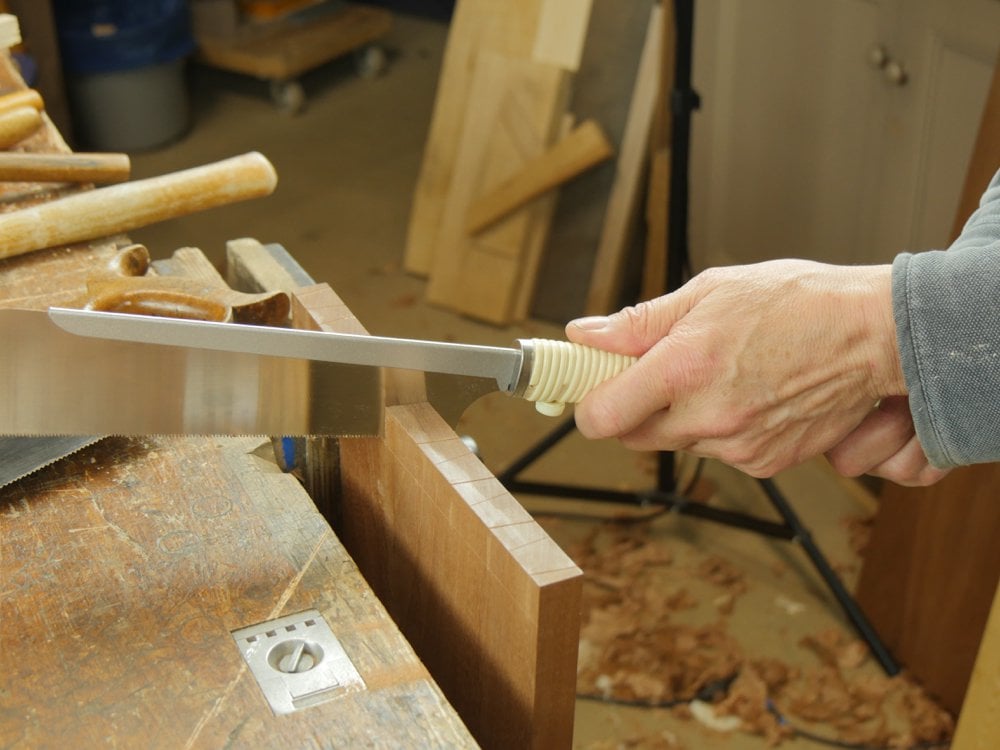 . Whereas western saws can sometimes be marginally thicker, not always, in my experience they never buckle unless badly used. I have however experienced that people new to both saw types, that’s Japanese saws and western saws, do struggle with saws buckling either on the return stroke or the pull stroke. Now I do know this to be true. It is a funny thing that most videos using Asian saws are made by westerner ‘experts‘ and not Asian craftsmen. So I haven’t watched any yet. Anyway, my work this week tells me to tell you to choose your saws carefully and considerately. Read the catalogue information remembering with each word that it is an advert. 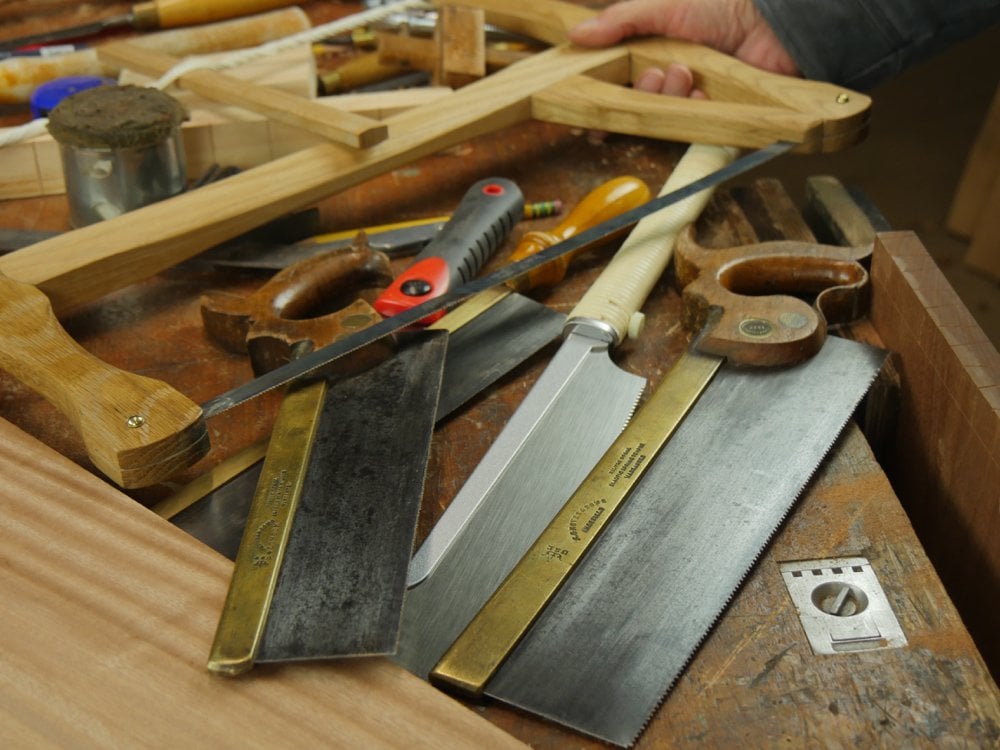 Choose them culturally and try where possible to use two or three types for an extended period. Be prepared to sharpen them from the get-go. Of course the Japanese saws are not resharpenable these days mostly, even though the websites of some might say their’s are sometimes. Oh, and I measured my Groves’ saw kerfs with Japanese saw kerfs and then I measured other makers and guess what? In most cases the Japanese saw kerfs were around the same and then thicker or thinner. So the catalogue companies tell me that their saws are thinner. I try them and they cut nicely, but they didn’t cut better than my saws. It has been an interesting thing to work through these type of things through the years. 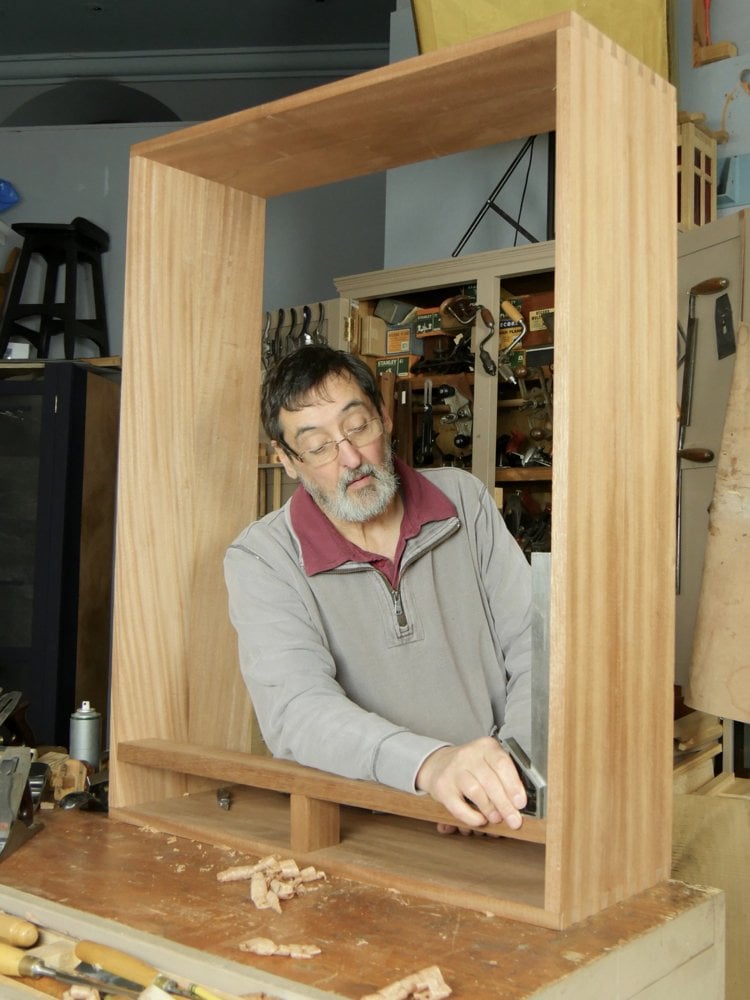 35 thoughts on “Building a tool cupboard”