I wanted to try out the Kunz scraper for myself, to see if it lived up to recognized standards always attributed to German engineering standards and thoughtfulness of design. I was surprised and disappointed once again. Whereas the overall tool is made well enough, it’s the minor detail that makes the major difference. we have seen this increasingly common flaw throughout the bigger manufacturers producing for international markets who discard the reputation of their forebears for the bottom line economy and Kunz scrapers failed to impress where for a cost of about 5 pence sterling to them they could have at least matched the cheapest maker of these scrapers. 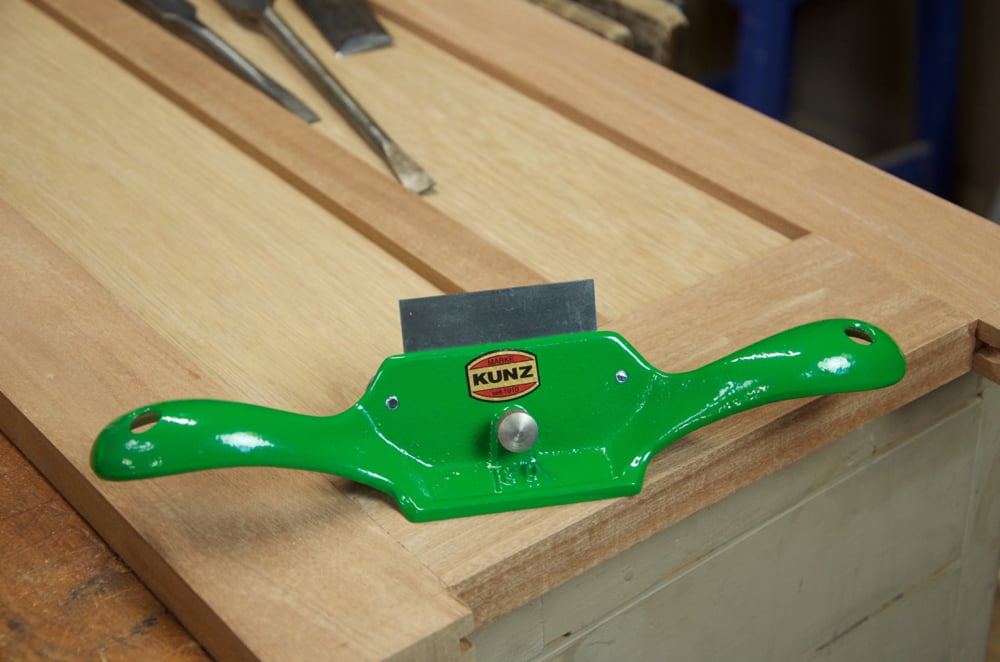 When I picked up the scraper and set it on the scales it weighed in comparably with the standard Record and Stanley counterparts and of course shape and everything else really parallels the originals. You would think that not having developed anything original or new or improved they could at least honour the originals out of general respect. No. The paintwork was fine, but there is not much to applying paint commercially. Also, the setscrew for adjusting the blade bend was decent enough too.

That’s all we really needed for the locking bar on the other side. Two things let the tool and the makers down. One is the use of regular pan head screws and washers instead of knurled nuts or thumbscrews. 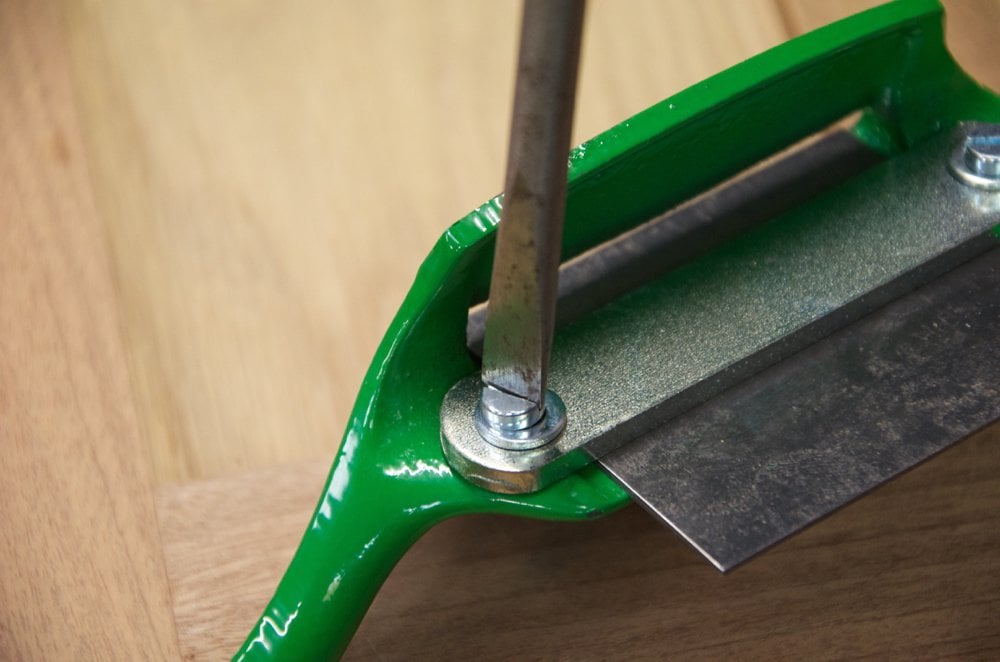 This is cheap. I can just about touch the Kunz versions and unscrew them once loosened with a screwdriver, but it is so small that even with average sized hands you cannot grip them at all with any kind of confidence. That means one day I will lose it in the shavings somewhere. 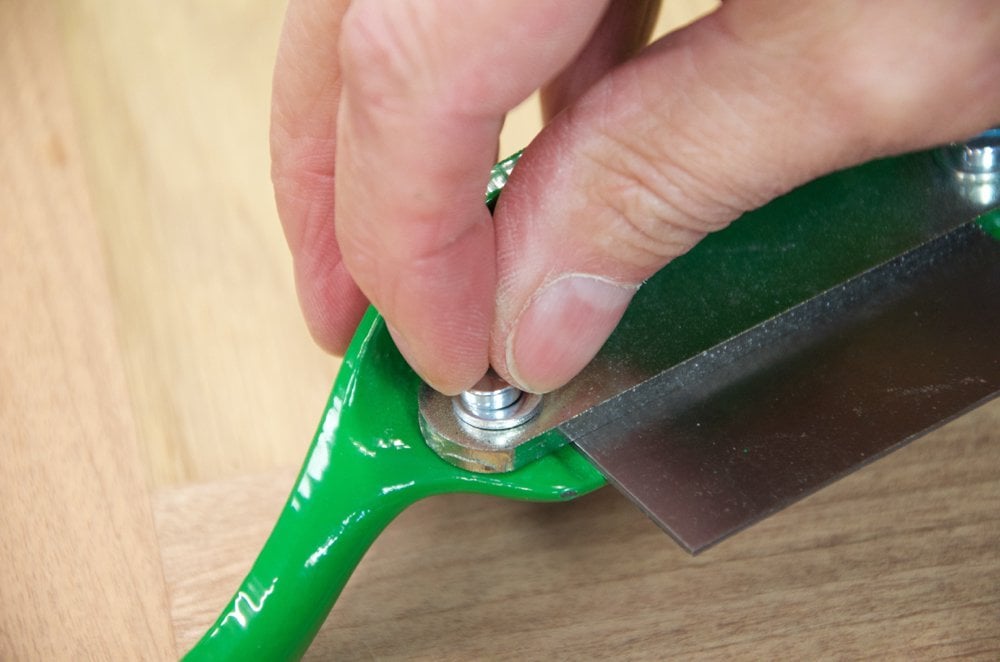 The second arrogance is the fact that they send the scraper blade out with square edges to all five edges instead of bevelling the two long edges as is normal to all other makers. That means you must file or grind the edges to 45-degrees before you can sharpen it. How bad is that. 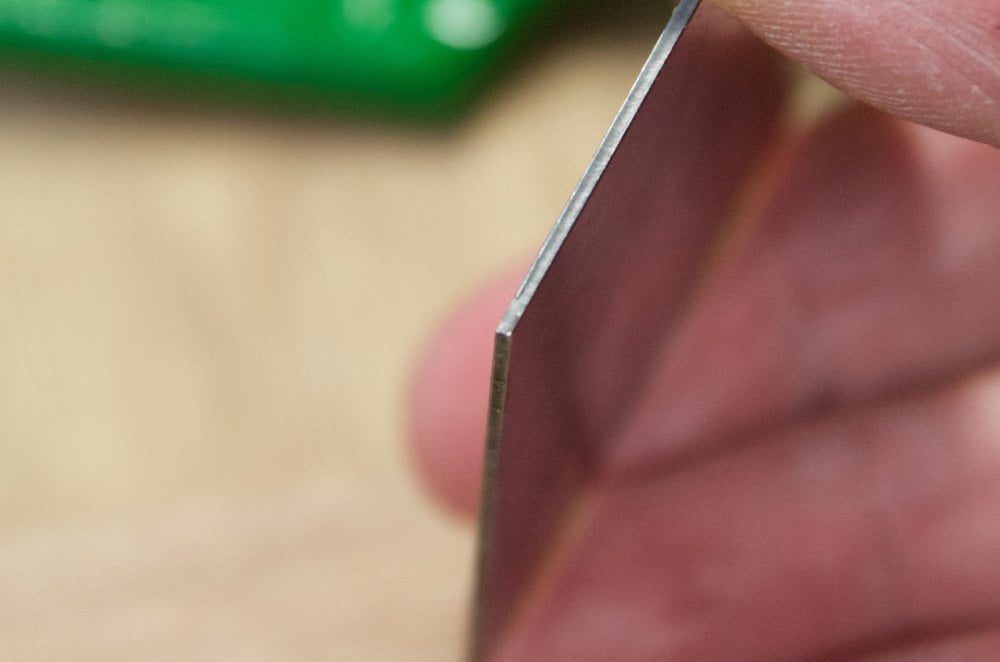 A third point is that the tool comes with absolutely no instructions of any kind at all, not even general maintenance. I think this is symptomatic of large companies living off past reputations left by their forebears.

So here is yet another tool that comes as an unfinished tool kit instead of a well made tool of quality. Why on earth doesn’t some responsible CEO or department head in Kunz take responsibility and provide a good quality cabinet scraper. What superior arrogance do these companies have to feel that a craftsman and women like you and me should be so disregarded as to send out products that just fly in the face of common good manners in manufacturing standards. It takes pennies to at least match the existing industry standard. Would I recommend this tool? I wish that I could have done so. I bought it with that in mind saying to myself, “If this is a good tool i will recommend it.” With Stanley and Records no longer out there and other models made by better makers being just a little more expensive, it would have been nice to see this company set a better standard. This one costs around £30 so it is not expensive but you feel a little miffed when these seemingly small details are not taken care of. An additional flaw before writing this post is the setscrews protrude past the face of the back of the body just where the thumbs sit in use. these must be filed down so as not to. 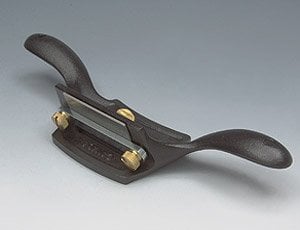 On the other hand, the Veritas scraper is good value for money and compares very well with the Stanley and Record versions. I have used one of these for 12 years or more now and it works really well. You only need fingers for installation of the blade and the sole is larger than the other scrapers of this type.

All in all the scraper works fine once set up. The sole came dead flat and the blade was industry standard of just over 1mm. less than that and they vibrate too much. The paintwork is smooth and comfortable but doesn’t really match my eyes. The box? Well, whatever.

Being used to the older ones and to the Veritas one I know I will always be irked by the tiny setscrews. Children could handle them fine I am sure but they would lose them too long term. Imagine what kind of engineer allows those two screws to drive us nuts. Should he have the job or should he be replaced with a more responsible member of staff.