I added another plane in the mix or did I? 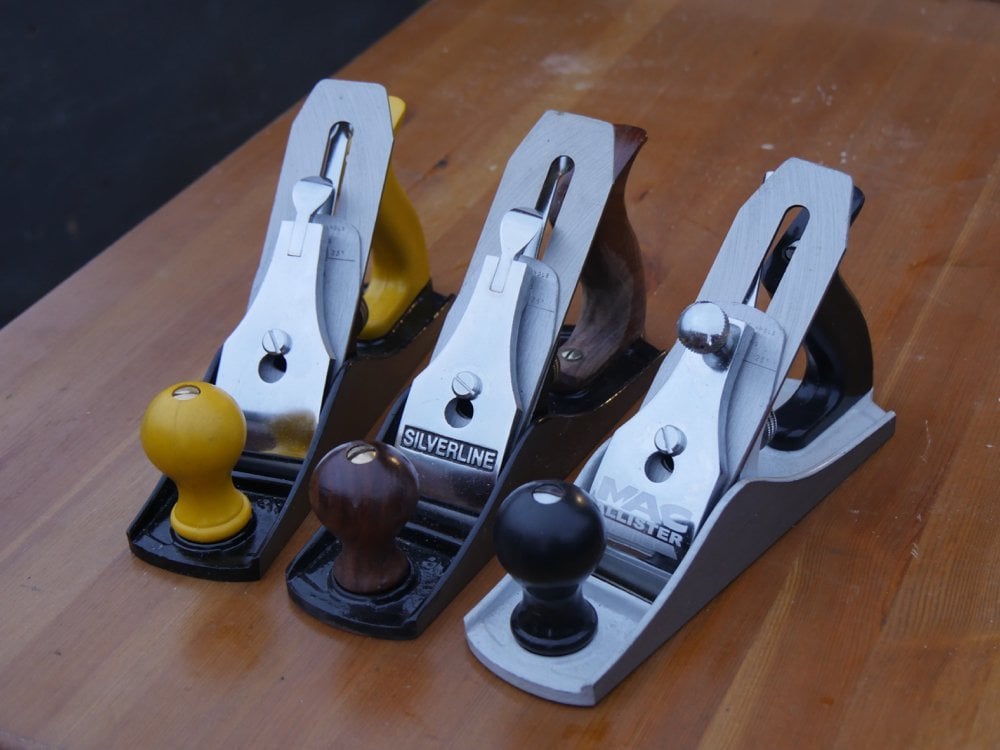 Look at the two outer planes here. These two planes are put out by B&Q. Do they look different? Yes, they do! No, they’re not. Not altogether anyway. Now the third plane, centred here in the mix, came from a very different supplier. The two companies supplying these three planes are directly in competition with one another on the high street as it were. This middle one doesn’t have plastic handles but genuine rosewood ones. Does this plane look different to the other two? Yes, it does! No, it’s not. Well not really, altogether. 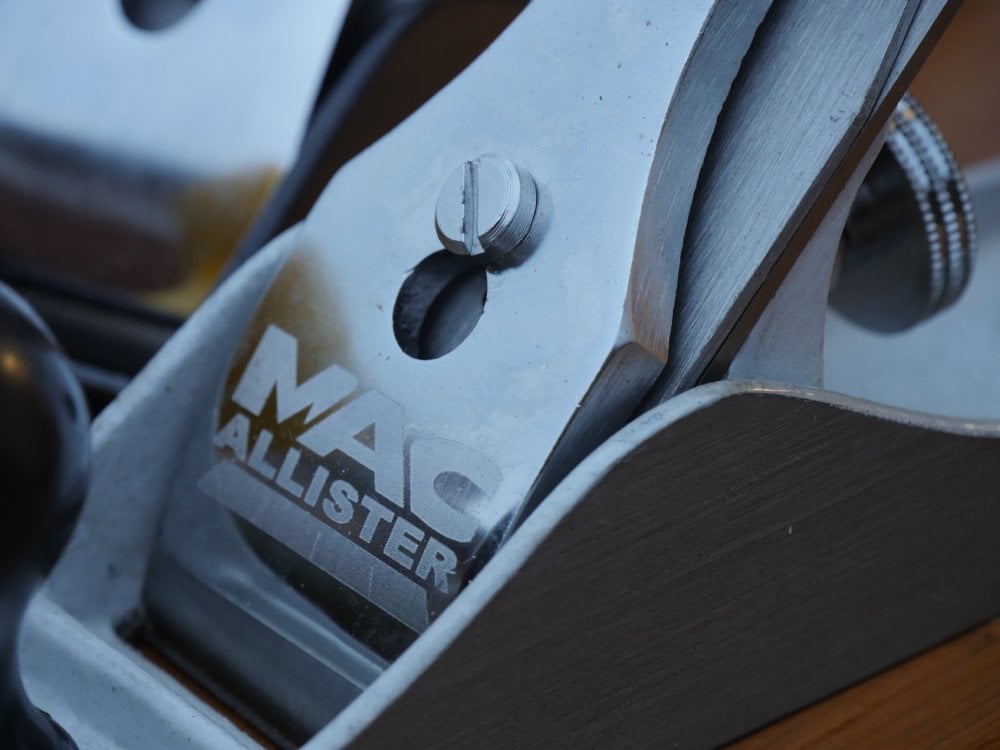 I bought these first two planes from one supplier thinking I was indeed buying two very different planes made by two different makers. I wanted to run them side by side as two alternative planes for people to consider as low priced options. I think that that makes good sense on my part. Remember that one was a £10 plane and the other a £20 plane. On the one hand I was buying a B&Q plane and on the other I was buying a MACALLISTER, both sold as different planes. Indeed, looking at the packages, the planes side by side, these two planes look like Bailey-pattern #4s and indeed that’s what they are. 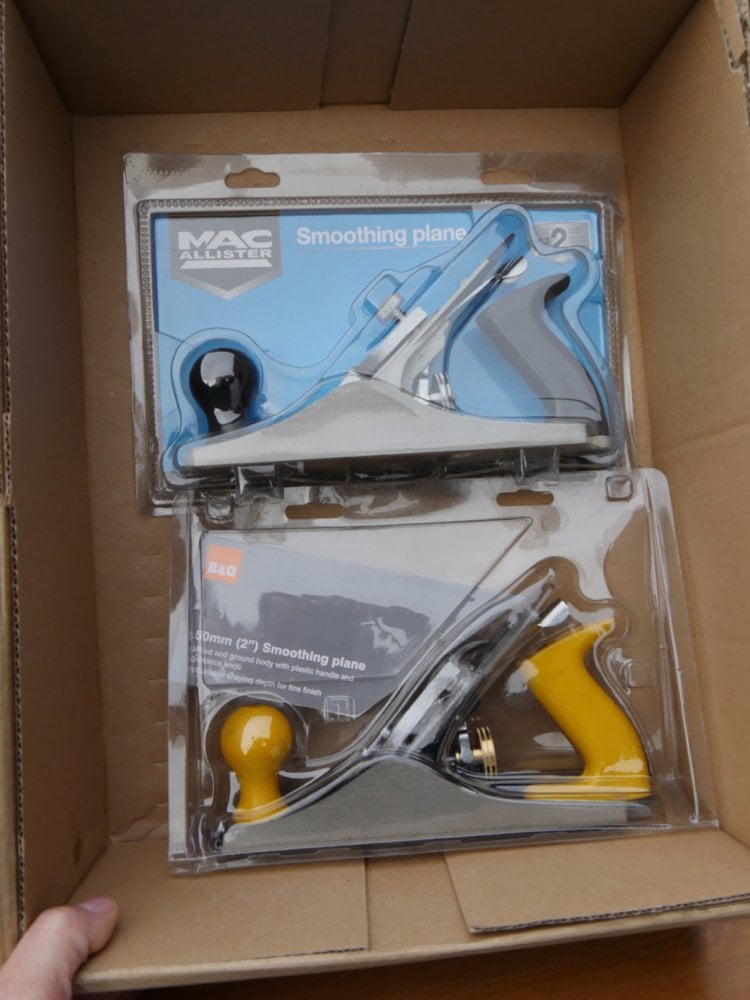 Unpacking the two planes I did think that they represented two styles, one a true copy of the Bailey with its lever cap and then, the same basic plane but this one with a knurled knob to set the pressures in place of the lever cam as on the other plane. Like the Record Irwin type. It was when I got inside the two planes that differences paled. 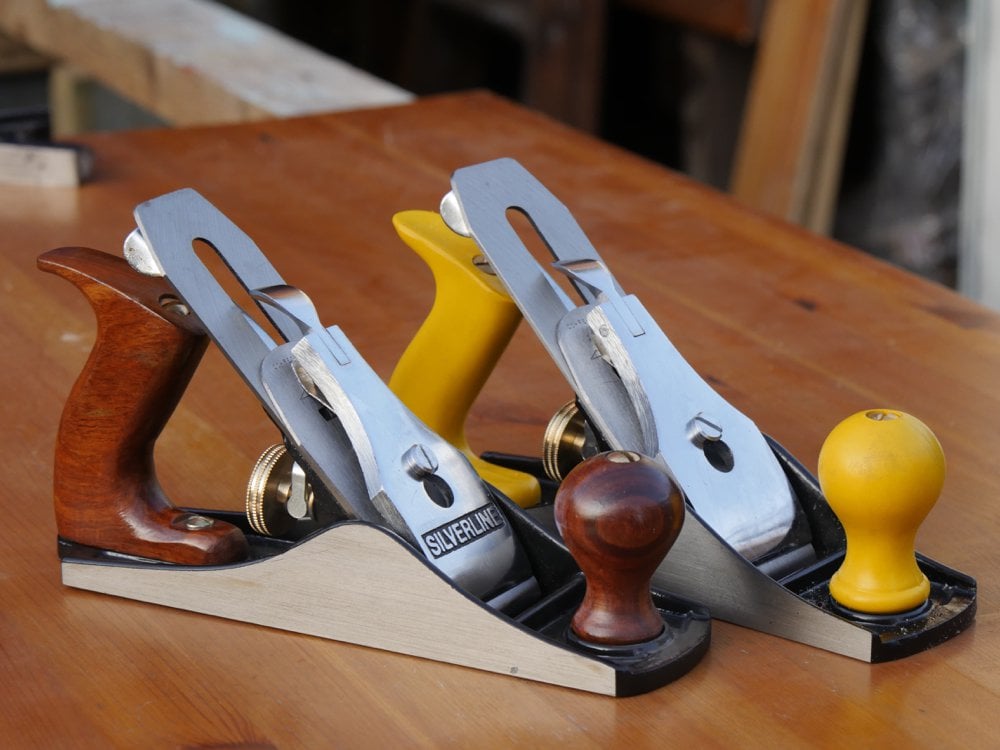 Adding the plane by Silverline, a leading UK supplier of economy rated tools, introduced yet another intriguing fact. Now I realise this may not have international significance but then again it might. Look at the three cap irons here and look closely at the stamped in words. 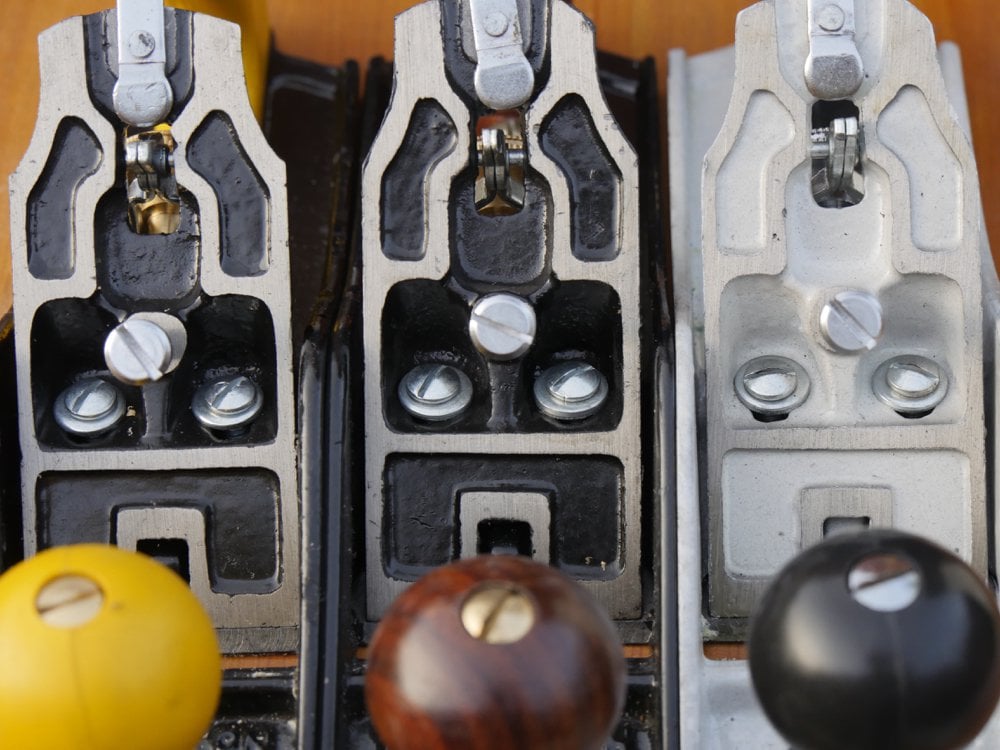 Look inside the plane frog areas here too. Different colours but that’s it. Every other feature is the same and all the parts, threads interchange except with the Silverline one which has an added screw to the handle. 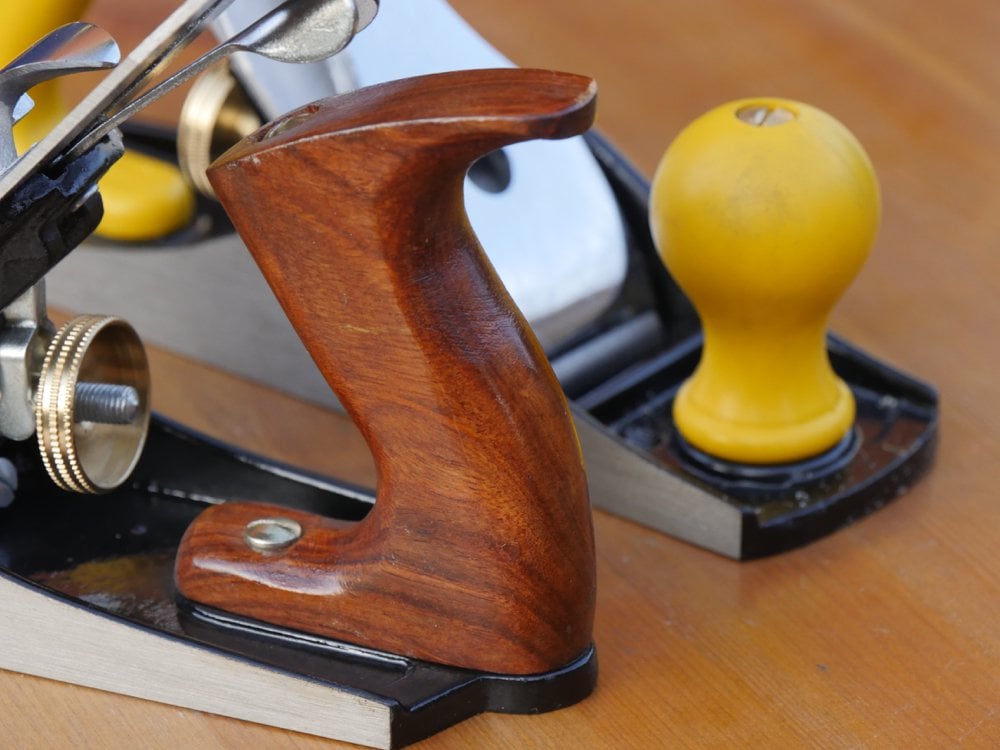 So, is the MACALLISTER plane a better plane then the B&Q yellow handled one? 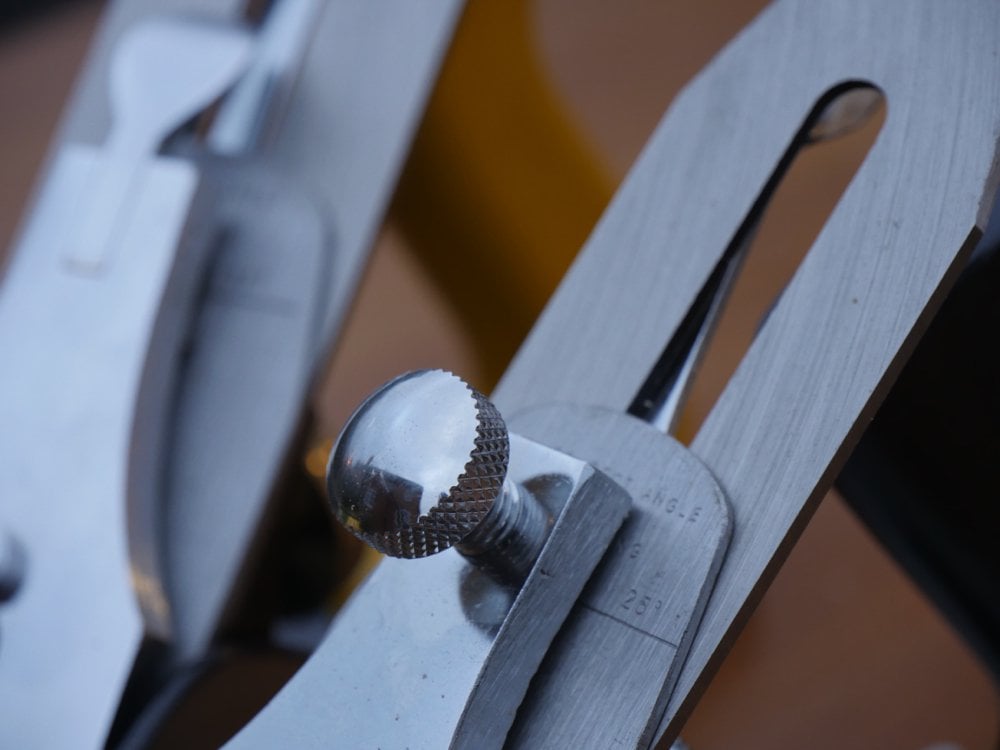 No, it’s not. All of the other internal components are identical. This plane produces exactly the same work. Keep £10 in your pocket and buy the £10 version of the same plane. On the other hand, if you like nice wooden handles the Silverline gives you just that. 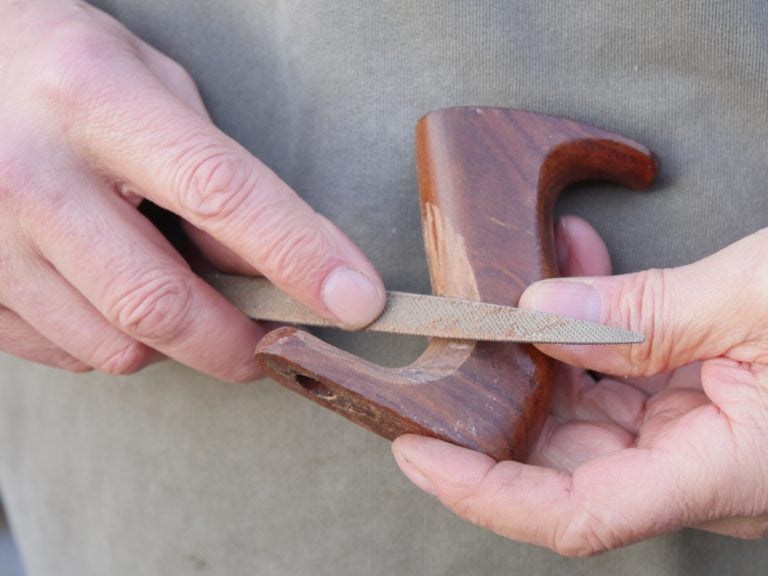 I reshaped the tote to fit my hands but the handle was fine enough and of course wooden handles do absorb sound better than plastic. Oh, you may feel the need to avoid the lever cam after my last post stating the need for working the cam, by the way. I don’t want anyone to think working the cam was a lot of trouble as someone said. It took literally no more than 5 minutes total to fix. The other two planes did not have the issue and were already rounded on the cam just fine so perhaps i got the only one with a flawed cam. 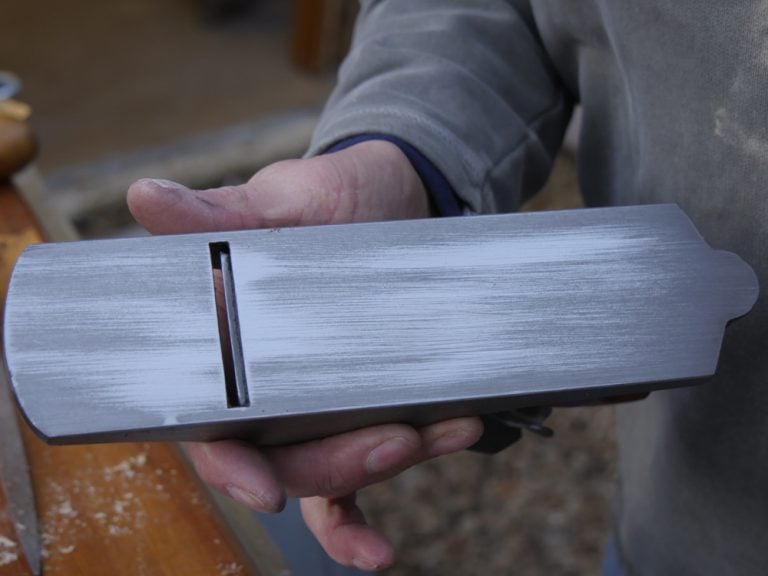 The soles to all three planes were really rather flat and the corners to the edges as good as most I have come across.

The Silverline plane was £12.90 so I think the rosewood handles, and they were rosewood, came in at about half the price you can buy them online. 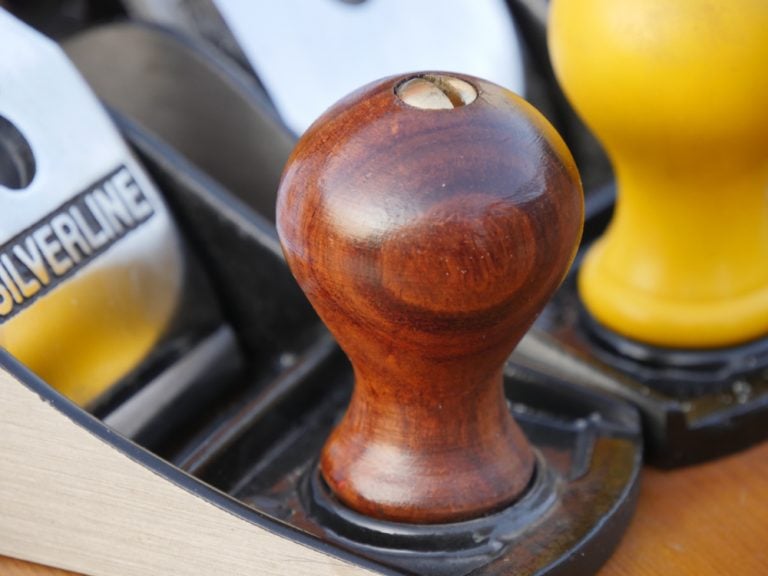 The choice is yours. if you want rosewood handles you culd go that route i suppose 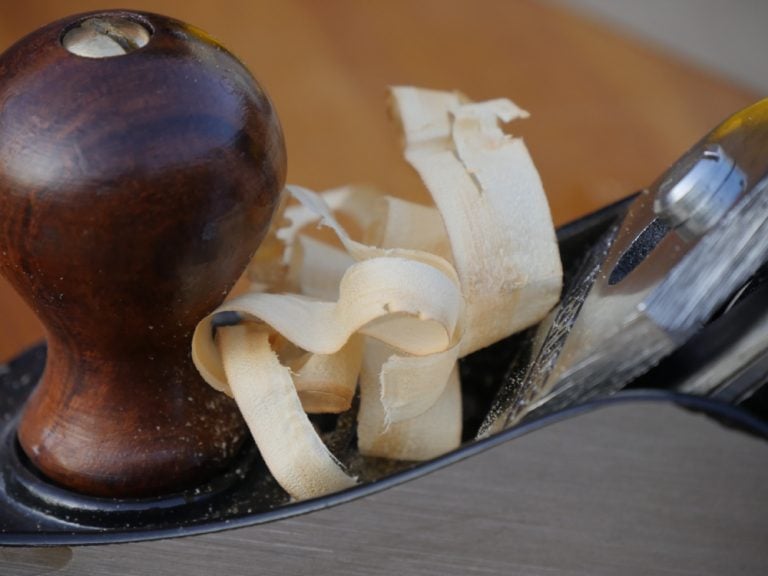 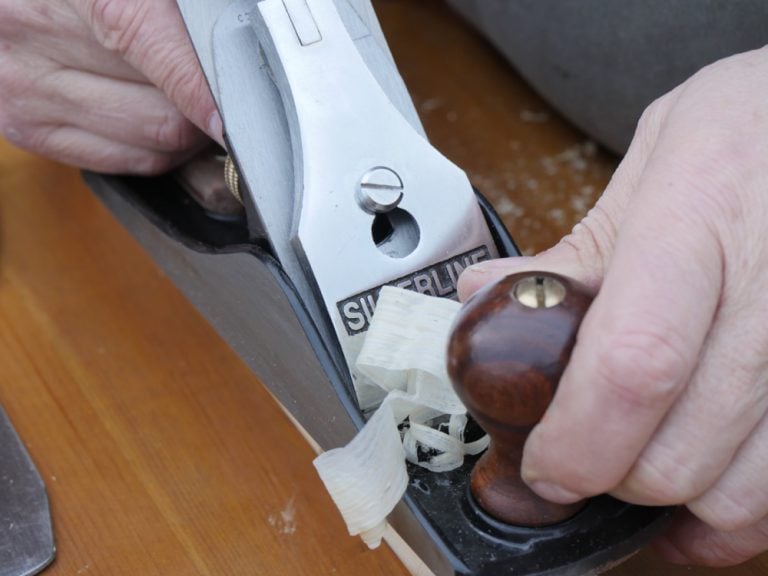 Oh, yes! How did the planes perform. For brand new planes, and most planes do need a little running in, they all performed just fine. In the long term we will see how well they do. I of course have stated why I introduced these here. I think that we have seen less planes showing up on eBay of late and perhaps the slow down is due to the resurgence we have engendered through our work. The top image shows the shavings straight from the package. The below one is after sharpening. I had almost nothing I needed to do to the Silverline, even though the brand has never been known for high quality.