Old thoughts may not be current

In many ways, in daily life generally, we unquestioningly adopt practices most of which make life run smoothly and efficiently. I suppose I’m talking about schedules, protocols and methods mostly. Part of the smooth flowing of life relies on interruptions. Those periodic stop signs, yield and give way signs interspersed throughout the day that disallow the passage of one to facilitate the crossflow of another.

I was glad when Britain finally replaced its hundreds of thousands of stop signs and replaced them with ‘Give Ways’, and I liked the fact that you could make a right on a red stop light as long as you stopped at the light and checked there was nothing coming in Texas and other US states. 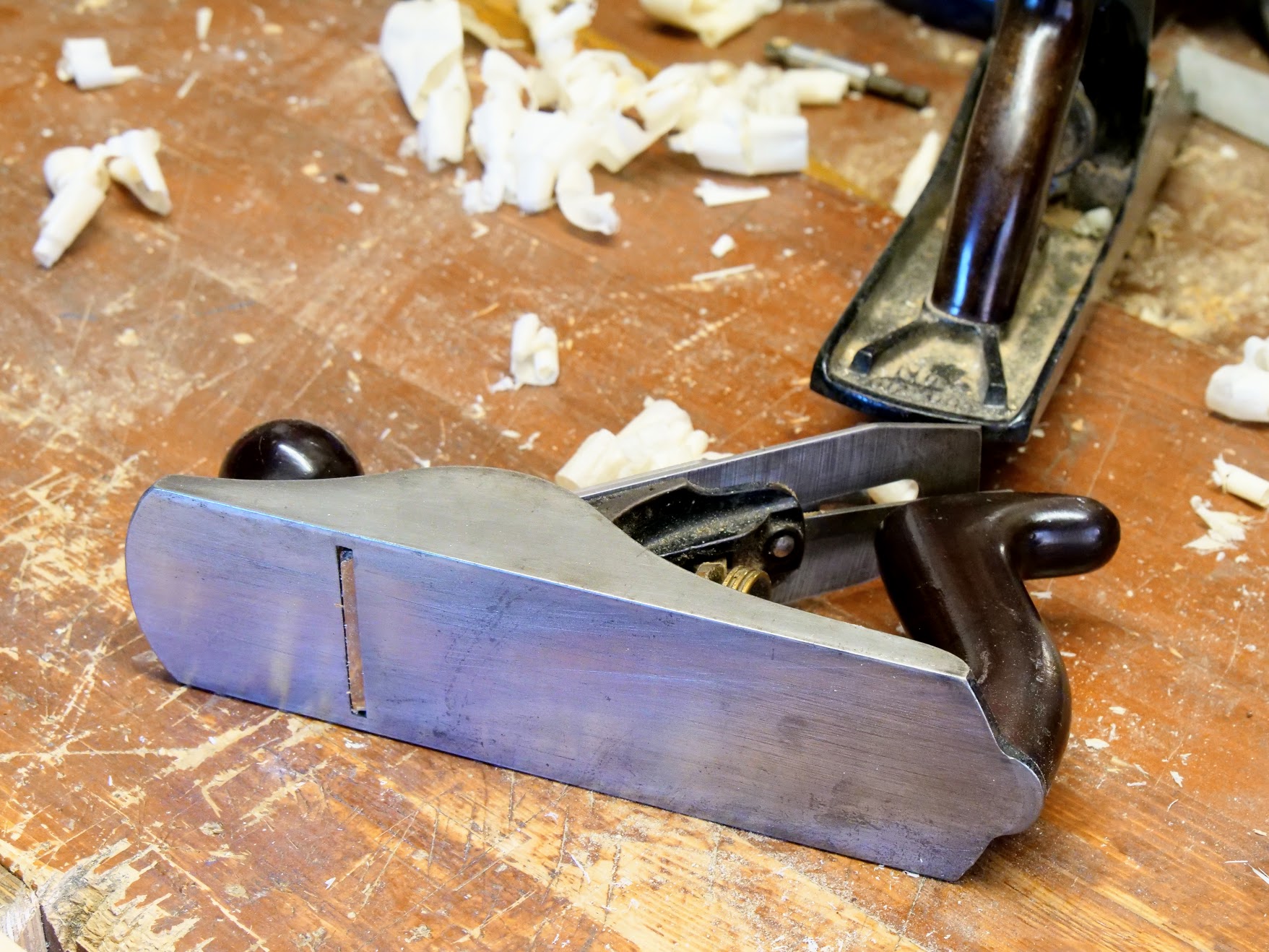 I have often written about not laying your, and I mean ‘YOUR’, plane on its side between bouts of planing because, well, it’s generally quite the impractical interruptive practice for one thing and unfortunately it was readily adopted as a universal habit and then almost law for most even though it was an idea designed to keep 13 year old schoolboys in check during their woodworking classes. In real life at the workbench it wasn’t developed for a working craftsman trained by real woodworking artisans. That might be more the equivalent of putting training wheels onto an adult bike when you have ridden a bike for years. Doing it as a general rule is impractical. Unfortunately it’s become the standard practice most adults unquestioningly adopted as children and the practice kept alive and kicking yet for no good reason. Now, as I have said before, in a classful of 13 year old boys back in the 1930s it made sense to ensure that they weren’t plonking and banging the plane down onto other metal tools like spokeshaves and steel rulers, chisels and other planes.

Laying the plane on its side meant kids took an extra second or two to more thoughtfully place it, and of course it warranted some kind of physical punishment like a tweaked ear or a swatting if you didn’t obey the rule. Thankfully we’ve mobilised people to move on from there and we’ve adopted a more adult approach.

When you know your benchtop, where and how you want to place your tools ready for continued pick up and put down, you are in total control and there is no need for archaic practices any more. 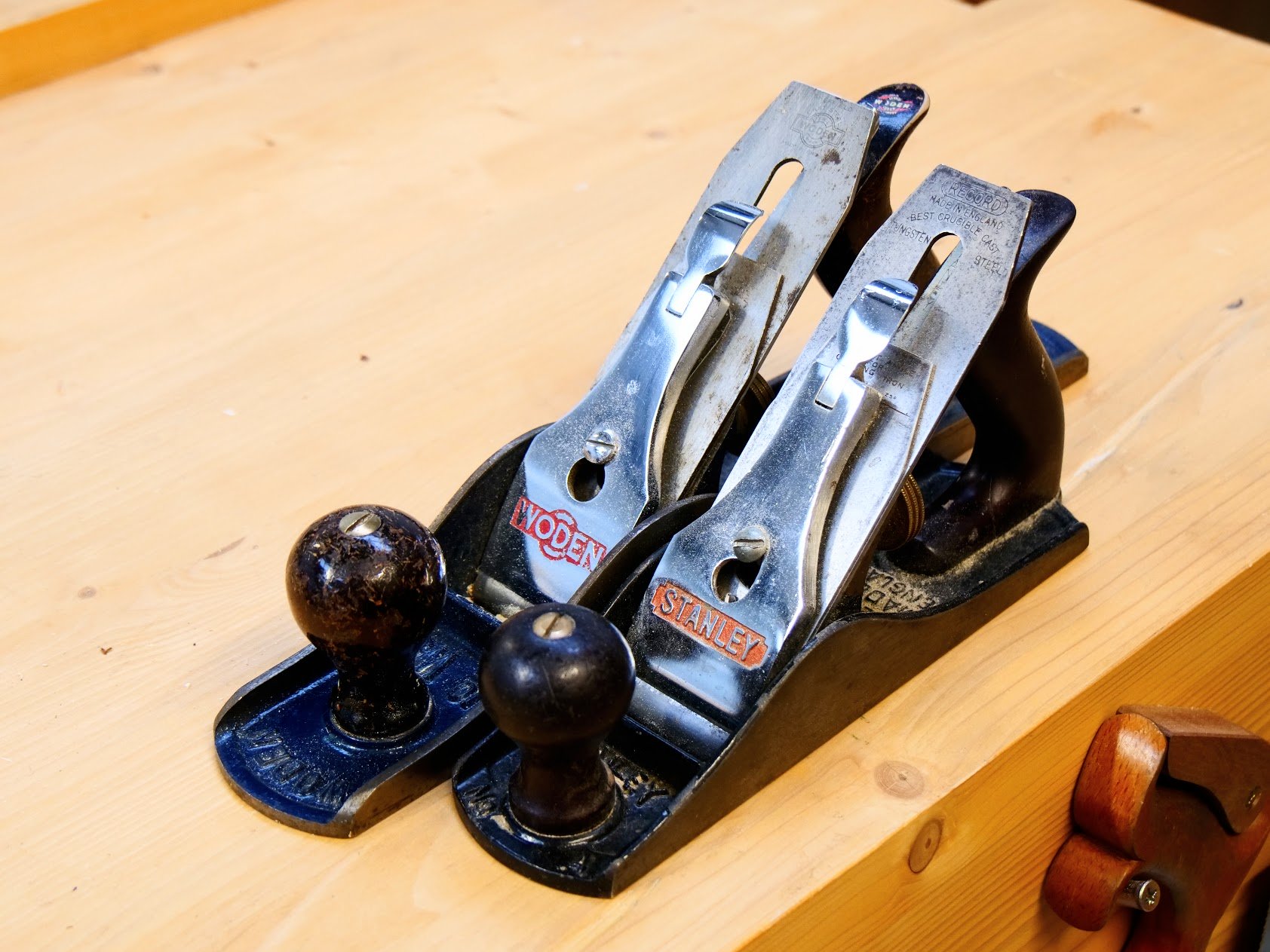 There are of course exceptions to the rules. If I am fitting a door at someone’s house and the ground around my work area is concrete or gravel, I lay the plane on its side, naturally. 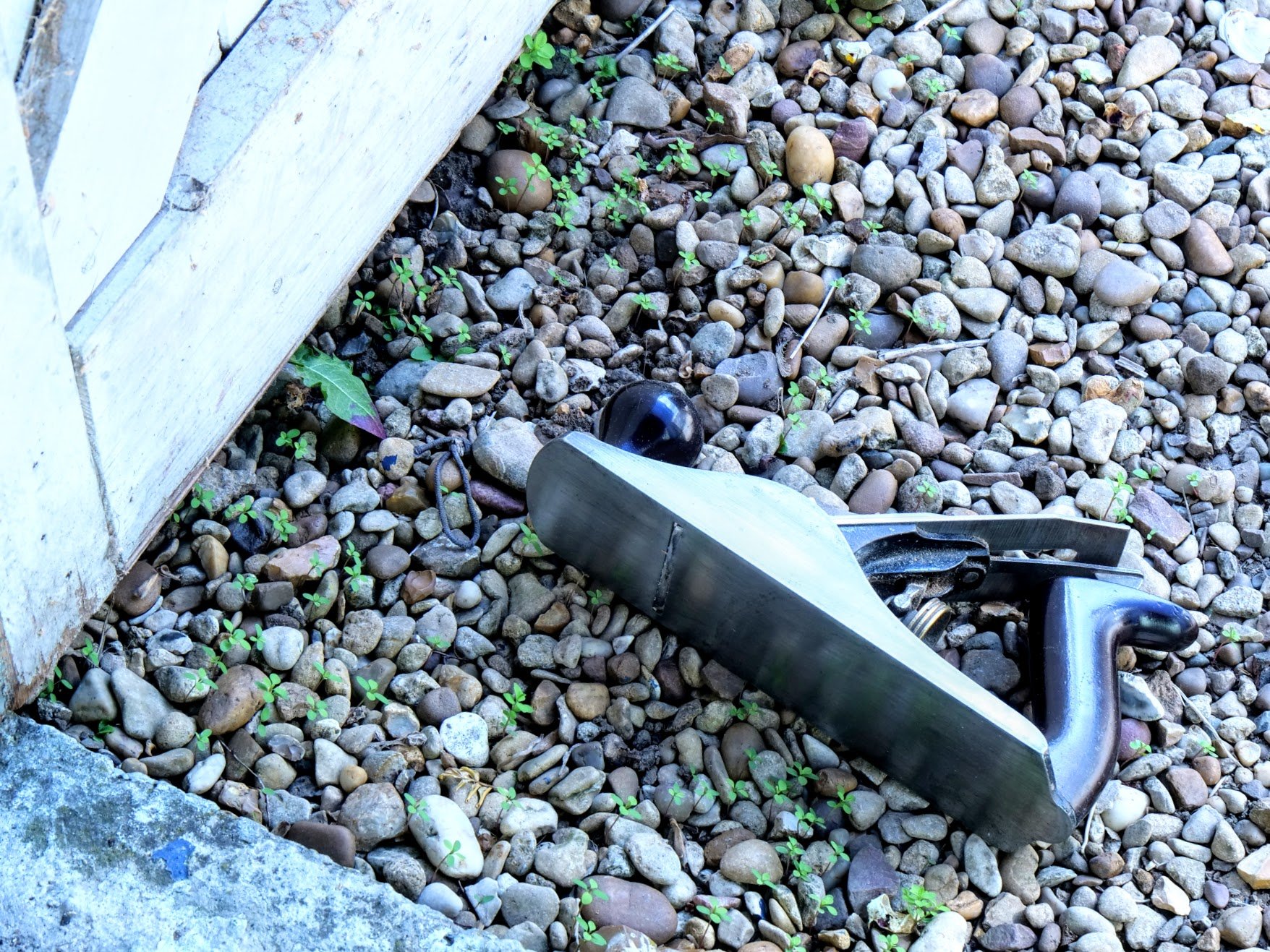 Rules are not meant to be broken as some smart Alecks say, just reconsidered and changed according to circumstances as and if necessary. 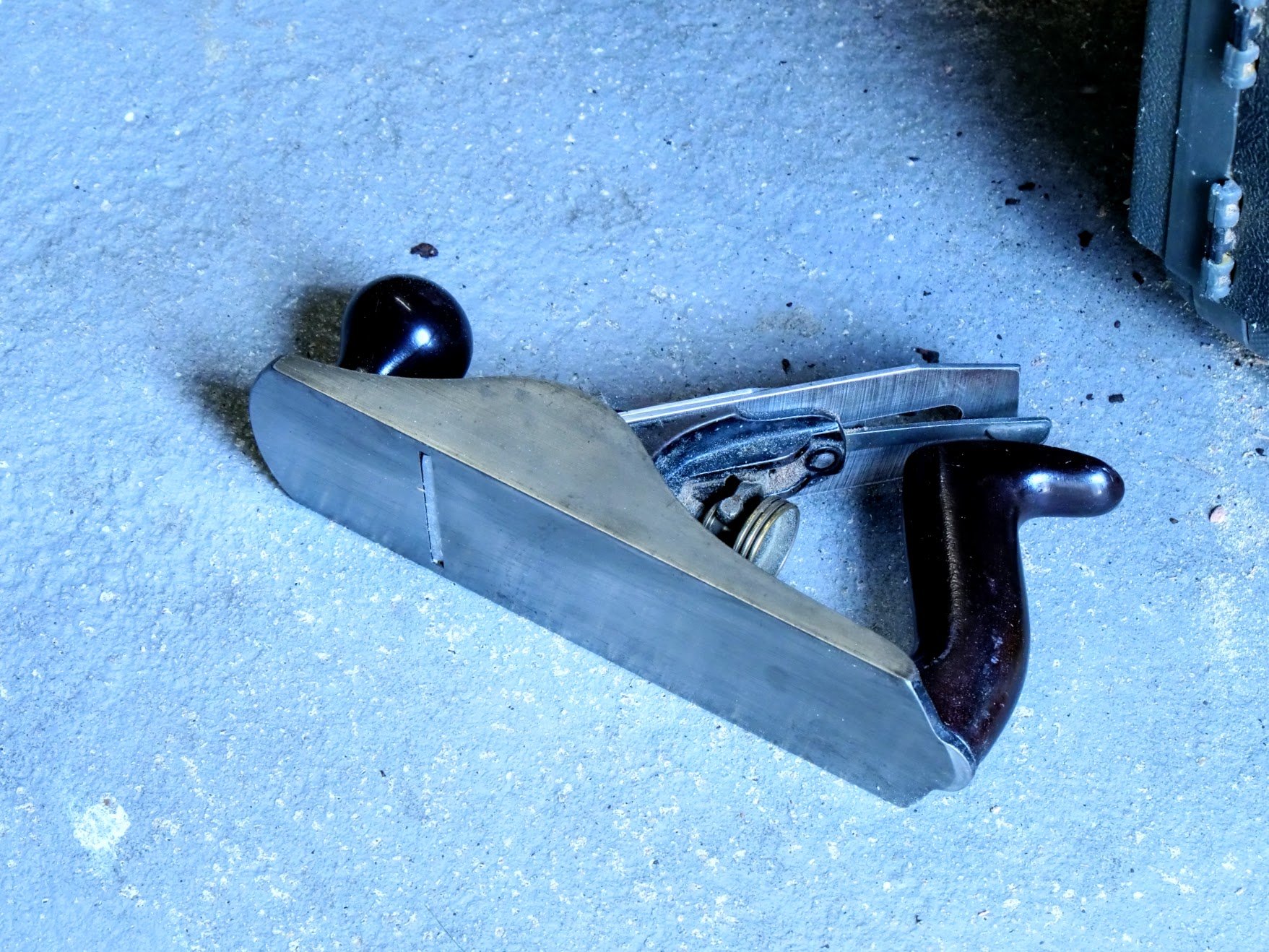 In teaching woodworkers to sharpen their tools it’s often the same, that people hone and grind bevels without really thinking through the reality of what they are doing. 25-degree grinding angles, 30-degree secondary or nowadays micro-bevel. Tosh! No, not really. If that’s a step to learning then it’s just fine, but then, often, we postpone mastery with tramlines that regulate rather than lead to new freedoms. I see how attitudes have permeated the woodworking world all the more and how unprepared people are to actually take risks with regards to sharpening practices. Take for instances the business of bevels to chisels and then plane irons too in some cases. In my world of hand tool woodworking I chop wood with a chisel using either a chisel hammer or a mallet. I might use them interchangeably. I also pare wood with only hand and arm pressure. Mostly I do both using the same chisel ground to the same angle. Now when I say ground I don’t mean on a grinding wheel but a coarse diamond plate. 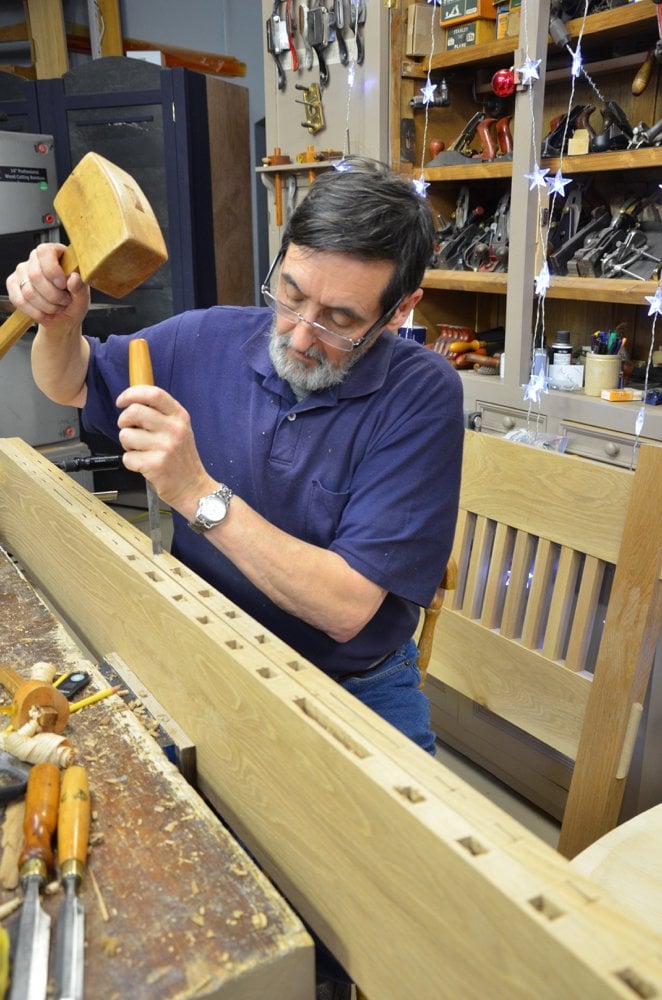 On the other hand, although I mostly use only bevel-edged chisels in the day to day of life, if I have a lot of one type of work to do, say mortising a dozen 1/2″ mortise holes that are 3″ deep and not through mortises, I would definitely head towards a mortise chisel of some type, probably a sash or registered mortise chisel. In such instances I would still grind my chisels to a shallower 25-degrees but then again, I might go even shallower but put a larger secondary bevel on the tip of 30 or even 35-degrees. The wood density and type, knots in wood and so on all influencer my decision. So you see why I entitled this article guidelines not tramlines. I like much more flex. A versatility leading to major adjustability helps me to work effectively and efficiently yet still flexibly. Try it! I even change the pitch on my bevel edged chisels, the ones I intend using for paring, to ‘thicken’ up the edge for strength. This was common amongst the men in my early days and they dwell happily in me now. Oh, and by the way, when you buy or see an old joiner’s cutting bevel you might see how very different things were before the trams came online. 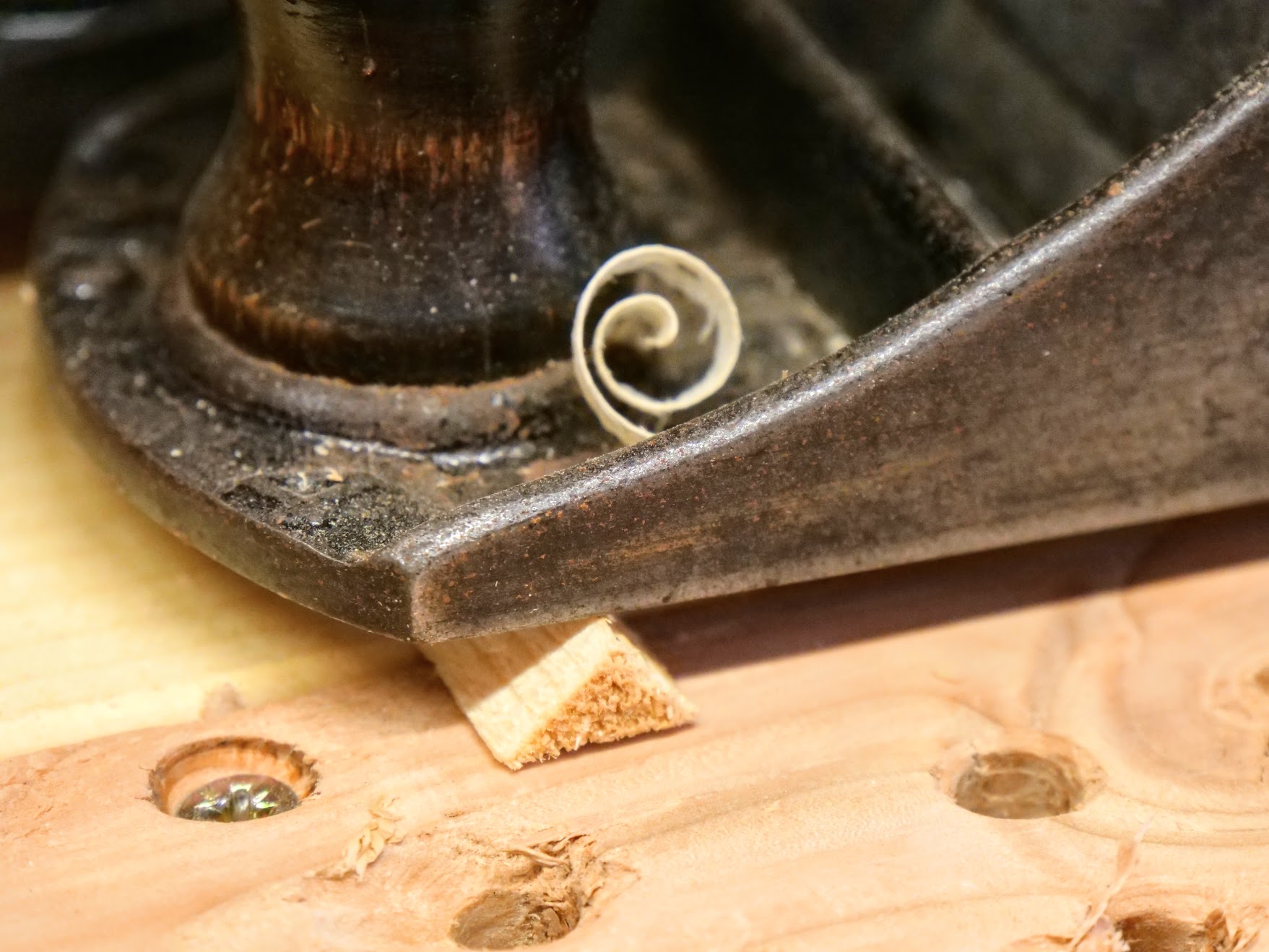 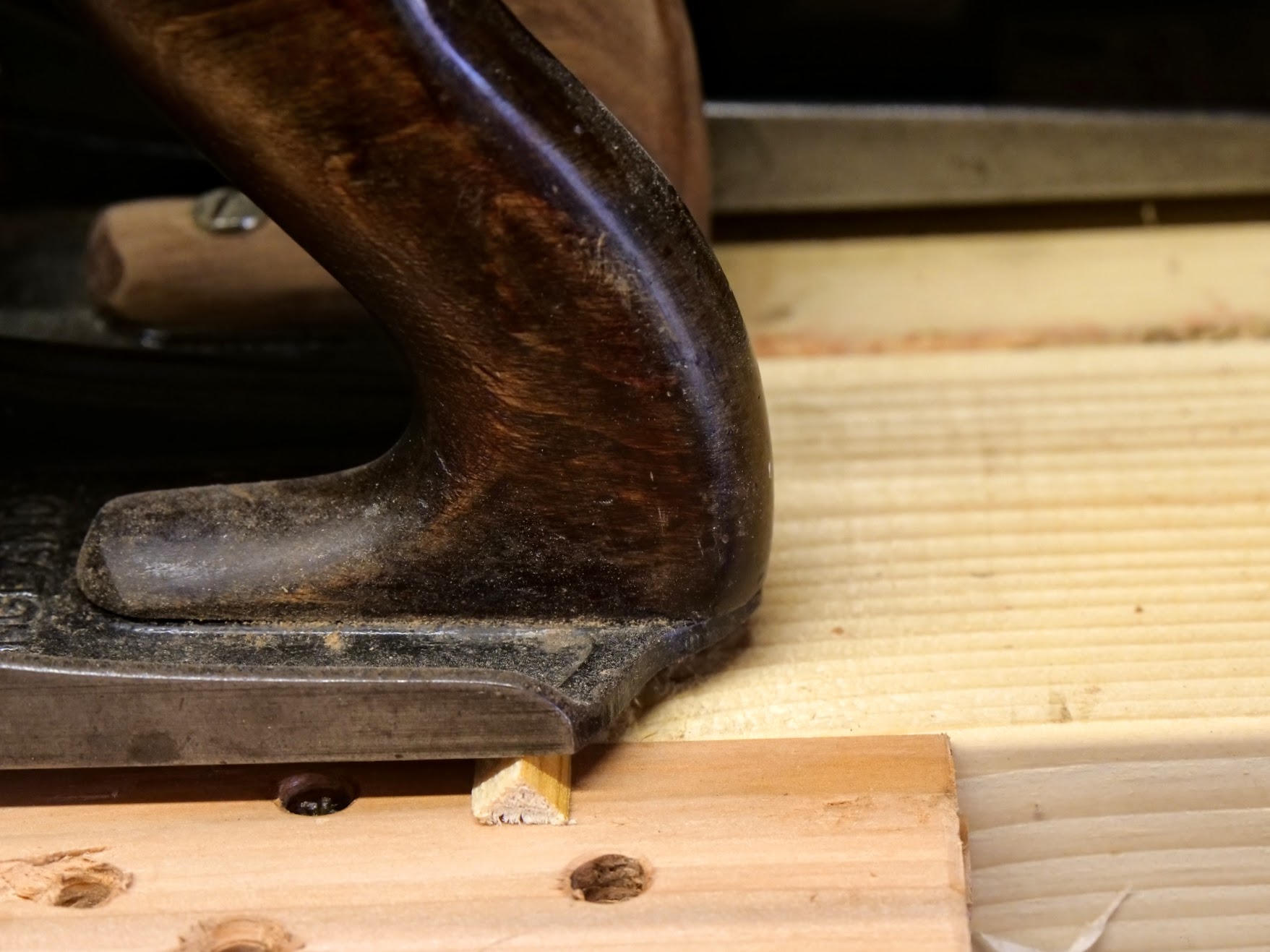 In my garage workshop I may not use a plane for a week or two. I use on e or two triangular sticks to lift the planes off a surface where they are stowed. That way no damp gets between the sole and the surface to cause a rusting climate.

So we see that jigs for routers are merely the tramlines of rigid steerage with zero tolerance and mostly they are used to displace the need for skilled workmanship.