…I mean, how can they get it so wrong? 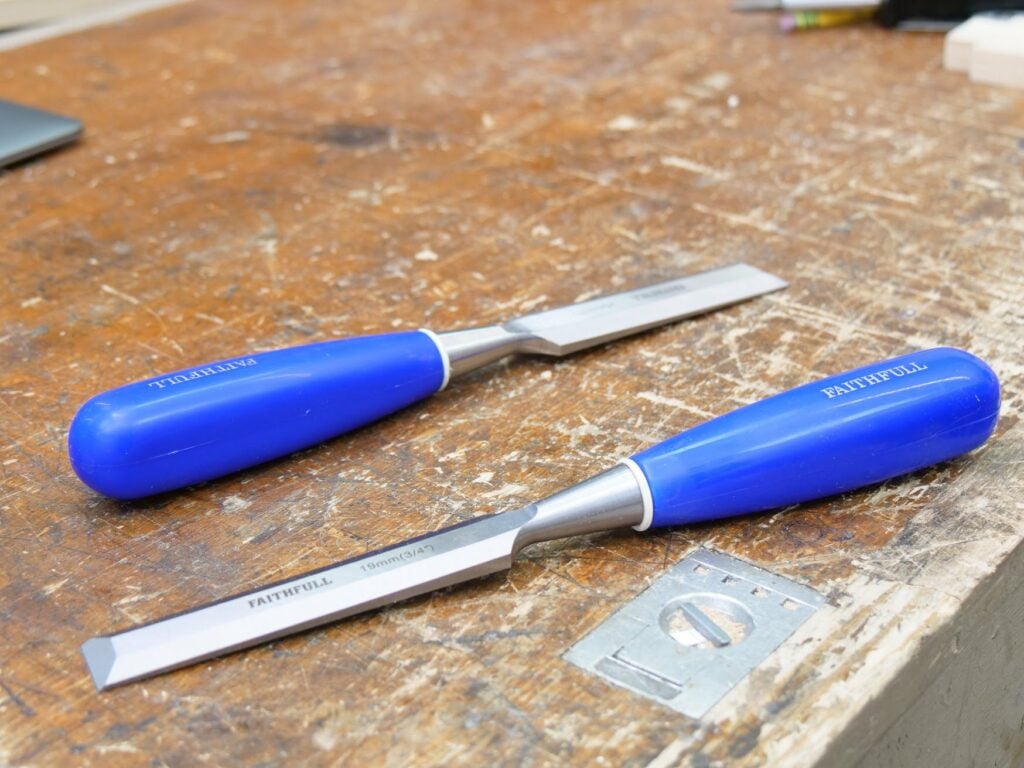 There I was, prepping a chisel, brand new, straight from the box, about to tell people you won’t go far wrong with a set of Faithfull (UK), blue plastic-handled bevel-edged chisels. I don’t vouch for all of their tools because they tend to be more an economy level provider, but I’ve used at least one set of these for years and the set I have used are as good as many higher end ones. Then I pulled a new set from the package and started getting them ready. 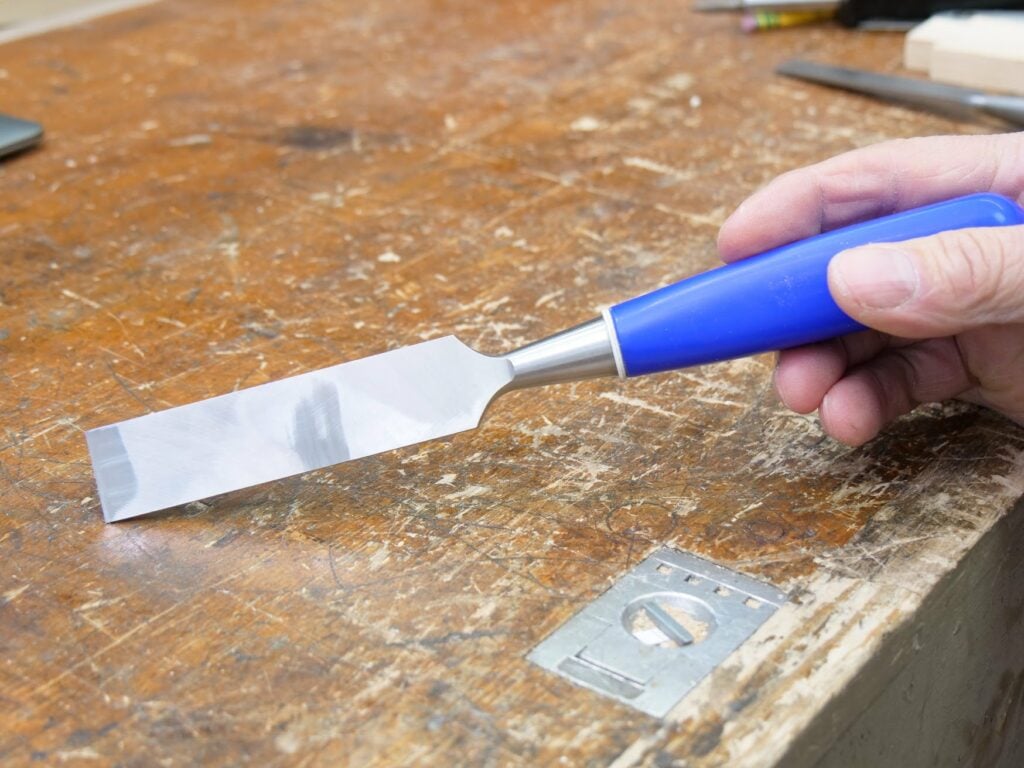 Here I abraded the back to get to the leading edge and it is ready for the main bevel on the opposite face.

Flattening the back went great, ever so slightly hollow, all the better. Flipped over to work the bevel and there I saw the ugliest steepest secondary bevel on a cutting edge you ever saw! It made me wince; sick even! Not one of the chisels would cut butter. 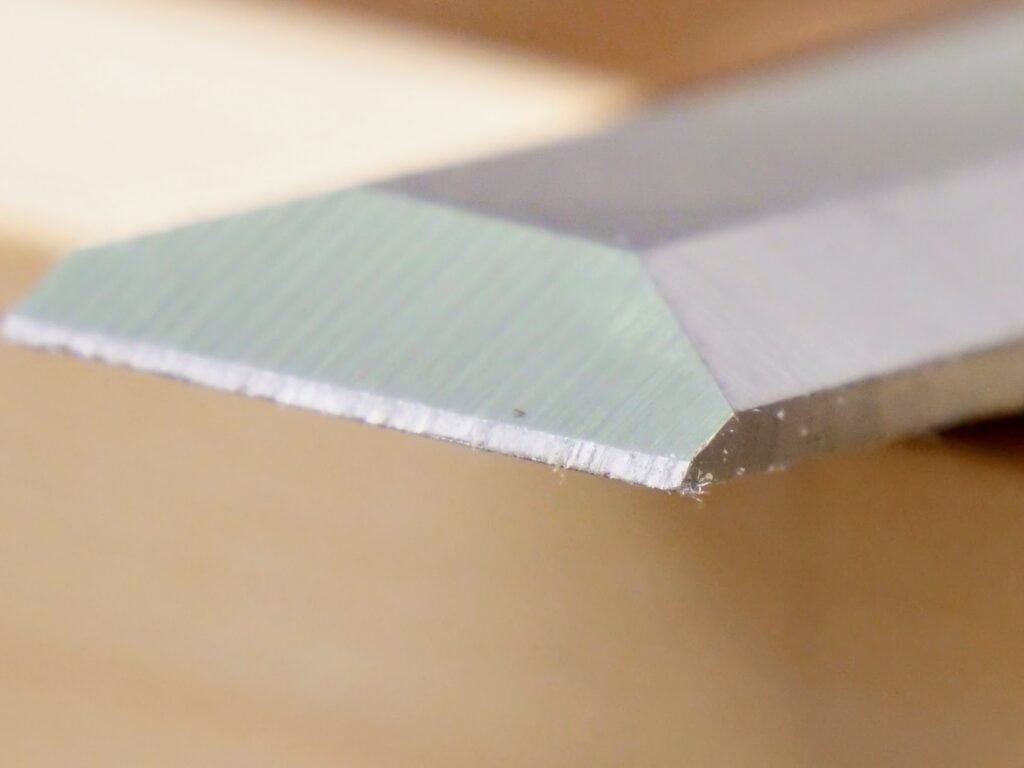 At this point I’m so taken aback. I want to give a good report but can’t. I’m now thinking Kunz #80 cabinet scraper and Two Cherries “Professional Quality” gent’s dovetail saw. Just how do suppliers do such devastating things? I know, it’s a first-world problem here but the issue for me is that it was literally 5 seconds away from being really good with the equipment they have to do it with. One of two things happened here, either the labour making it couldn’t be bothered and there is no quality control or there is no quality control before it goes out. Nothing on the packaging said there was. 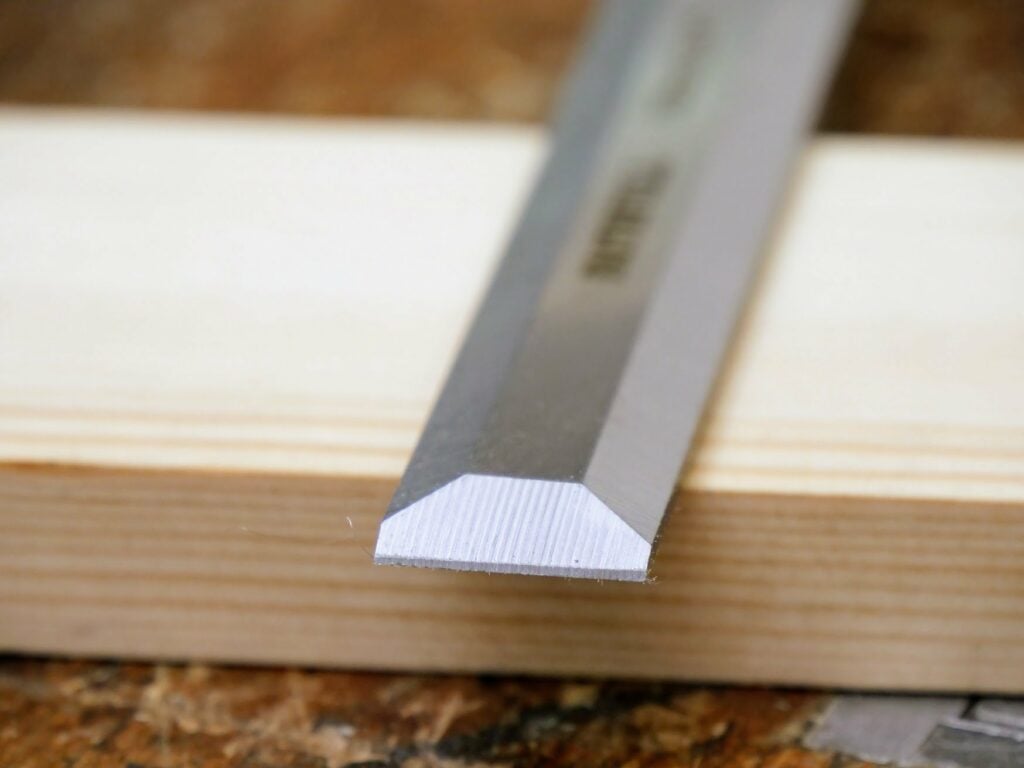 The issue is not so much the poor workmanship only, but if a new woodworker or DIYer had sought to resolve a woodworking issue using the chisels they would think that it was them that was the problem, or that hand tools just don’t work because, well, it’s just primitive. I felt so utterly frustrated because I’ve seen these chisels and know they have been good. I mean I know some people don’t like plastic handles, I get that, but I actually do. I like the weight of them and in this case the squared off rounds as an oval. 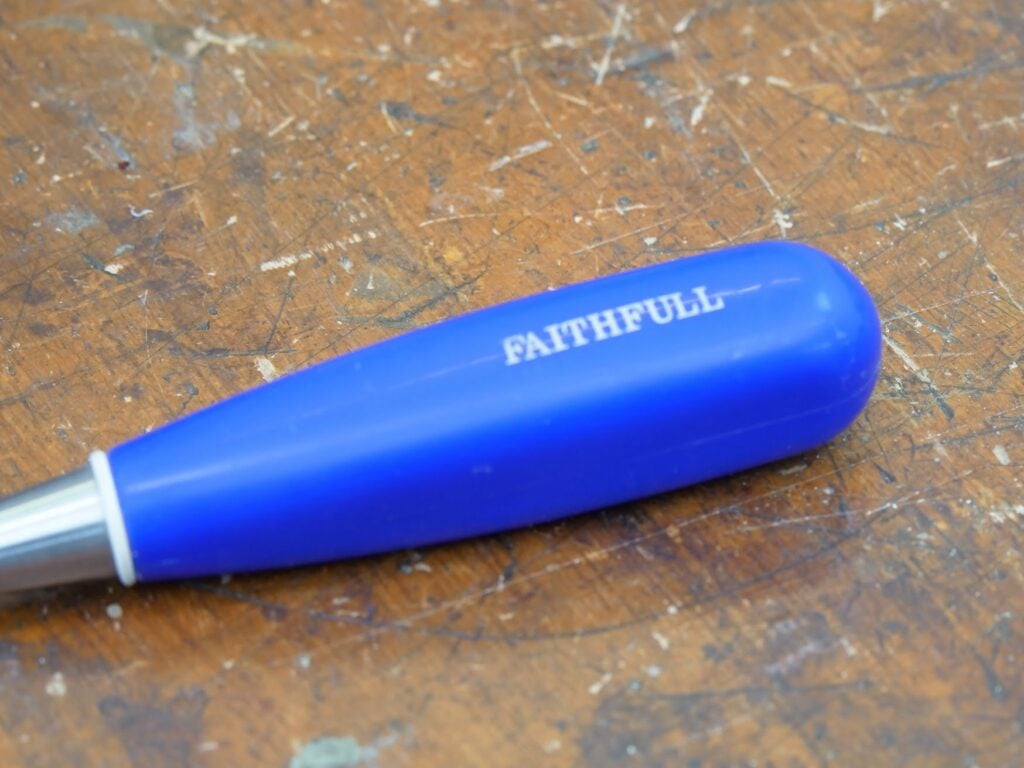 Then the bevels are nicely done and even. But how can I say go buy them but be prepared to regrind the bevel before you hone because by hand it will take you hours. Worse still, any new woodworker would think it was them and not the maker. When will these distributors that have the vast corner of the European market wake up to the reality that they have a responsibility and that they are ruining the good name of hand tool woodworking and their own hard-earned businesses. It’s such a small thing to get it right. No rocket science involved. I mean these have all the right ingredients to be good chisels. 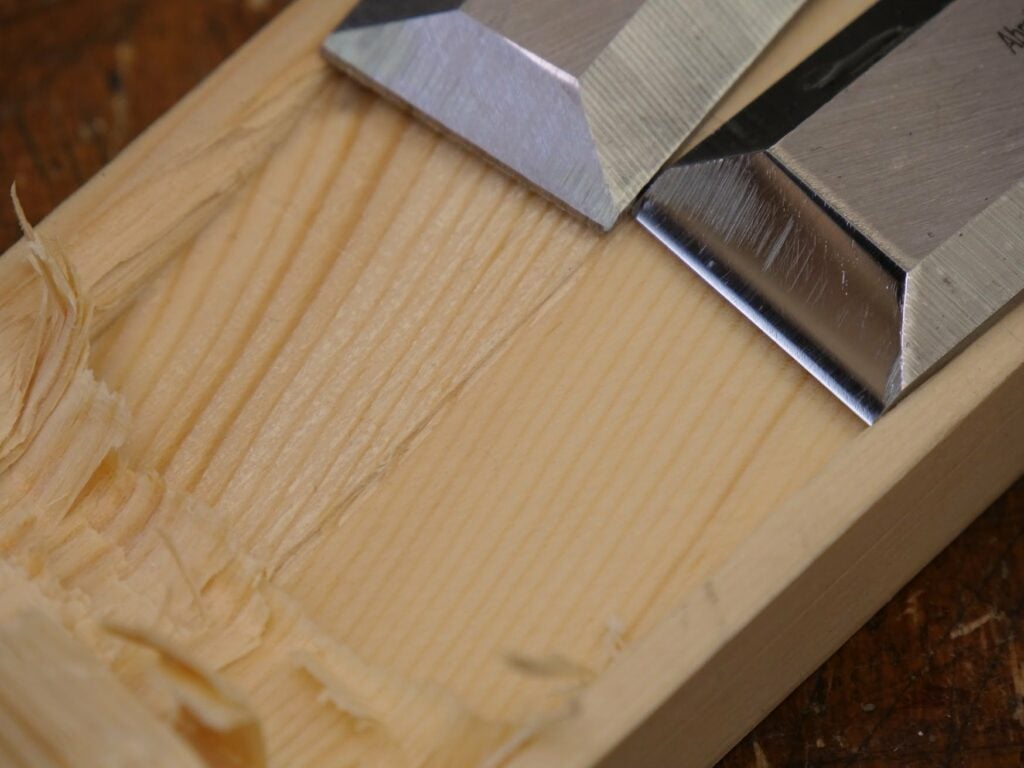 Above is the result of two chisels, one from the maker as is (Faithfull)  and the other I have honed.  I was surprised I could get the Faithfull to cut, even with a chisel hammer but I did.