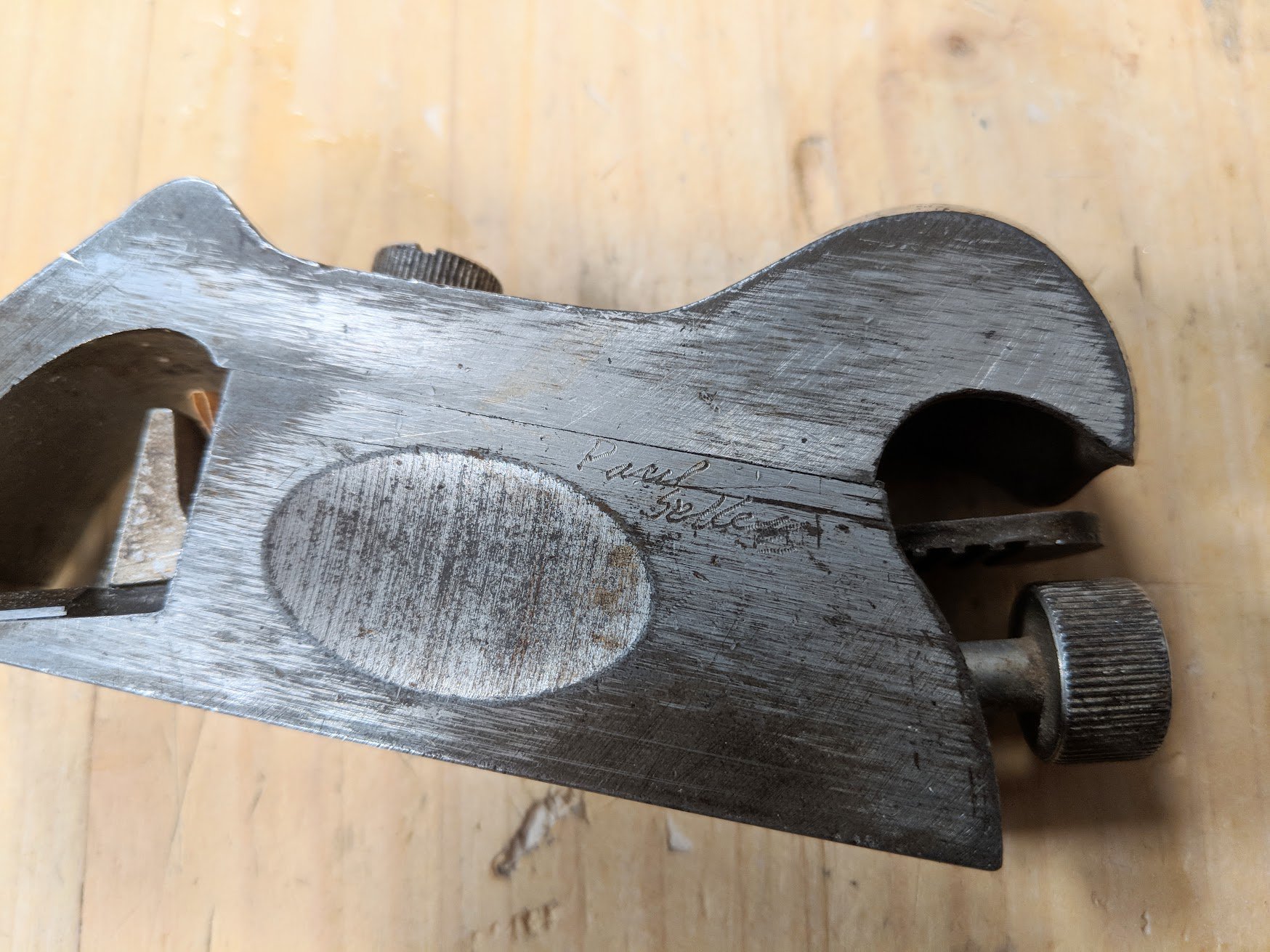 Fixing up the bullnose plane didn’t take much at all. The pictures really help when buying via eBay and I usually scrutinise them. Notice on my old model how the nickel plating is now patchy with wear after 50 years in the using, well, by the time i depart this earth there’s a good chance what’s left will remain. My tools have never really rusted or deteriorated through neglect in any way. The longest period of unuse was when I immigrated to the USA in 1987. They were wrapped and packed in newspaper, boxed and shipped in plywood crates and unaccessible for about 5 months. I was lost without them. In Concan, just a few miles north of Uvalde, Texas, a low-loading, 18 wheeler pulled up on the dirt road in the middle of nothing but yuccas and cactus and 32 crates of tools, family possessions and other equipment arrived. I couldn’t wait to reach my personal box of a handful of tools. When my family searched out their toys and treasures of meaning, Lladro geese, scrap books and such, I admit needing only my woodworking hand tools. 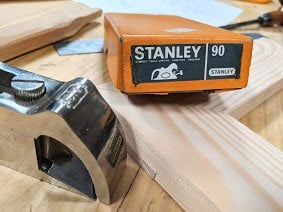 Having had my tools within a yard of me most of my life now I realise that, yes, I earned my living using them, constantly relying on them, when they were indeed returned to me it was the obligation I felt to them that mattered most. Most people own things these days that it’s hard to get this close to. A computer and a smart phone is outdated after a few short months and we often keep them until we must exchange them for the newer model because at a given point of obsolescence they become uncoupled and unsupportable. Clothes have become the same. At one time no one would have given up a good woollen coat or jacket until the thing wore out. Now they are discarded like supermarket plastic bags were. Things today seem rarely to wear out as such, they are exchanged on a whim for something newer. It’s only decades later that we realise we’ve polluted with our excesses the natural things around us. Thankfully tools are not like that; they  rarely give way or sway to fashion. I would, could, never trade in my now ‘vintage‘ models because I have owned them for too long and need something newer and faster. They have proved themselves to be equal to everything I have ever asked them to do and the continue to surprise me. The only replacements tend to be excessively overweight, over engineered and totally inflexible. That doesn’t mean no one should perhaps at least consider running some side by side to try out as I have through the years—at least give it a fair trial over a period of time and then see which one they would reach for over another.

So this newer version of the #90 bullnose, possibly made at the same time as my own there in the Sheffield of old when it was a manufacturing centre to be reckoned with, will not replace my own as far as worth goes, it will be a useful tool should I decide to keep it. Then again, I may just choose to give it away now that it’s working so well. 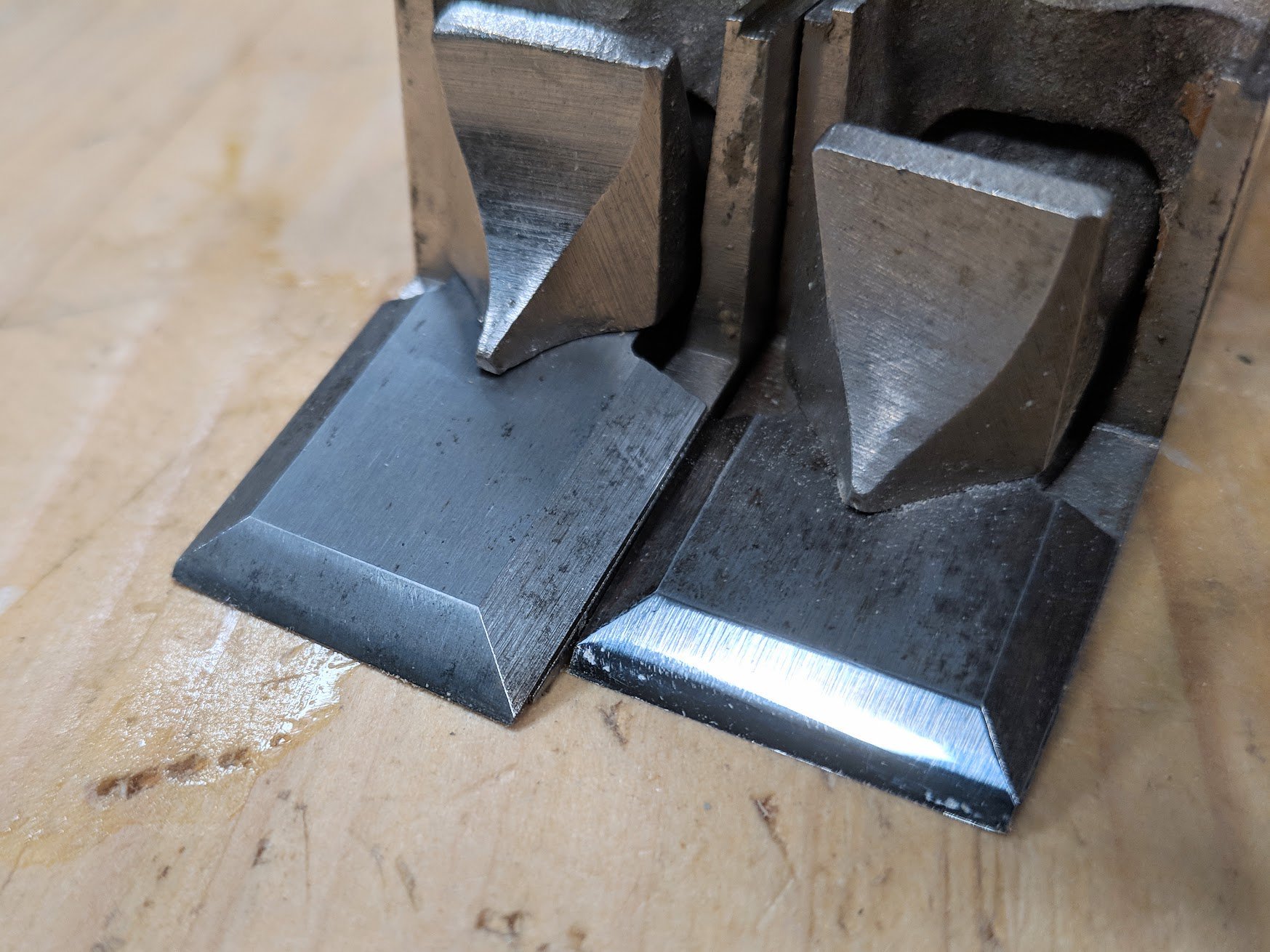 It’s a surprise to see how little wear to the blade has happened now that I have sharpened it for so long. This is because I very rarely grind my tools on power grinders.  A quarter inch in 50 years. At least I found that surprising!