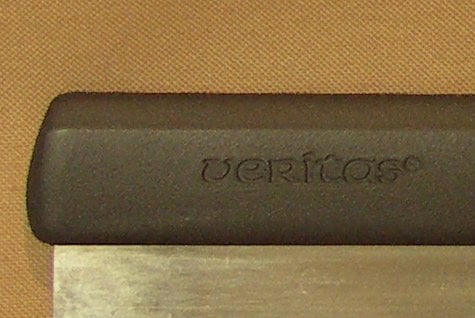 The Veritas dovetail saw cuts tenons and housing dado joints just as well as fine dovetails. Here is a great saw and what’s more, the saw actually fits my hand and it has a good sized handle I really like.

Some years ago I spoke to Lee Valley Tools about producing a dovetail saw and they were coming up with something quite different looking but highly effective and very attractive price wise.

Using the saw for the White House inlays and veneers 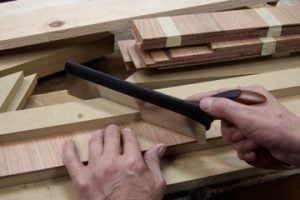 The saw came boxed and I had not considered all of the features as I had seen it in the catalog. When I said different I meant that the rigid spine along the back was not purely metal and the handle didn’t directly flank the saw as conventional saws always do.The spine gives the saw an unusual or non-conventional look I must admit, but coming from the Veritas stable I knew of would work, work well and last. The substance of the spine is made up of a composition of stainless steel powder, glass fibre and polymer resin.

My first use of the saw was actually cutting mesquite (twice as hard as oak) for the White House pieces I made for the Cabinet Room back in 2009. Since then I have used the saw extensively and love the way it motors through the wood. This one is a dovetail saw with 14 points per inch (ppi) but I was cutting veneers and tenon cheeks and shoulders with it as well as oak and ebony inlays as you can see. 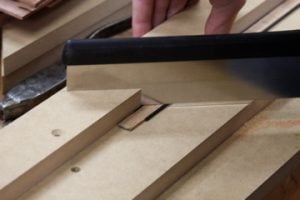 I have put this saw through its paces over the past three years and because I have focussed on traditional handsaws I don’t want you to think I eschew modern tools like this one. This saw is one of the best on the market in terms of performance, and it’s priced realistically.

The steel plate is thin in contrast to current British made saws, which is not a negative at all as it’s this the enables the saw to cut into the wood with half the resistance yet it still has plenty of umph for its job.

Now then, when it comes to keeping its edge I was surprised how good it was. I keep the saw for really fine work so it’s not so much my everyday saw, but I use it for lots of my projects.

It’s almost three years now since I began using it, so it falls within my criteria to test tools for three years before reviewing its full performance and I think you will not at all regret your investment of around £64 or $65 usd. Furthermore, I sharpened the saw for the first time last week even though it was still cutting well. That’s a long time between sharpenings for a full time woodworker. It was a breeze to sharpen I must say and with a single pass through each tooth I was back to peak performance.