As a follow up on scarce finds on eBay I thought it might be useful to convert and existing gauge to approximate a similar but home made retro-make design that will work equally well.

The critical advantage of the Stanley 5061 gauge is the ease with which the trailing edge marks combined with maximum visibility of the point itself.

Here is a simple way of altering the orientation of the point. 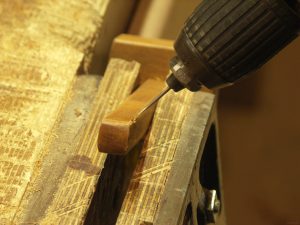 Pull the point from the gauge with pliers or make a fresh one from a heavier piece of piano wire ground to a point using a grinding wheel or a flat file.

Install the point into the drill and use the point as a drill bit, applying firm and even pressure until the point passes through to an acceptable distance. Drill from corner to corner as shown. 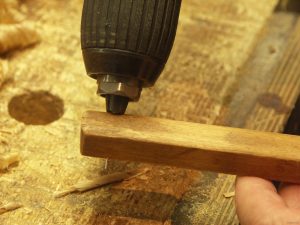 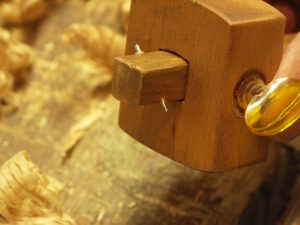 Release the point from the drill and the bit will be firmly anchored in a friction hold in the stem of the gauge.