Of America and Europe the differences are so hugely diverse I could never even begin. I think that it would be true to say that cultural differences in woodworking separate the continents of North America from Europe in some measure too. I know that the UK is only a small part of Europe and in so many ways all of the EU countries are remarkably diverse and very different than one another and should not ever be lumped in as all being the same at all. One thing does stand out to me and that is the lack of unity in woodworking in Europe . In the US woodworkers really share that space of time called leisure and often I find a couple of guys who get 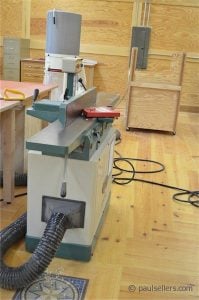 together to work wood when the can. The camaraderie here is quite inspiring and very unique. Friends, often from very diverse backgrounds, get to together to talk about wood and work wood. They help one another and learn together. In the UNITED States, people form guilds and share their lives in meets across the continent. This seems not so evident in the European UNION. In the UNITED States there are magazines expressing the culture of woodworking. In the European UNION they seem not to exist except in very small amounts. In the UNITED Kingdom (once called Britain), there is a failing societal structure that more disunites than unites woodworking from its very deep and far reaching roots where for some reason there seems now to be only a few woodworking guilds and societies where in fact nothing could or should prevent such a thing. Anyway, here is a point I see that is a great difference between Europe and North America for instance. Until yesterday I would have said one difference between woodworkers in the UK and the US is that it’s almost essential to be a minimalist woodworker because most people in the UK and Europe as a whole do not have the same space to allocate to a machine shop setup. That being the case, most people do not have a range of machines standing around a two or three car garage or a purpose built metal building dedicated to a workshop. Neither do they have basement workshops because most homes do not have basements or even cellars any more. 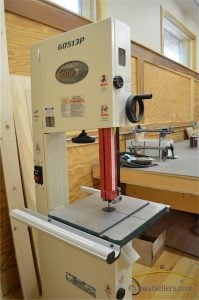 Ask an audience in the UK what kind of machines they have and they are most likely to say none or, possibly, a bandsaw. On the other hand, here in the US, most people seem to have good workspace and often have a dedicated shop. On both continents therefor the mentality toward woodworking is very different.

If I ask the show audience how many are professional woodworkers earning their living from working wood, it is very rare to see even one hand go up, but occasionally a hand will go up, sometimes, but rarely, two. An audience may average 60-70 people in each seminar I give and so out of around 700 people in a weekend, I probably see only 10-12 full-time woodworkers. Many North American woodworkers rely solely on machines for their woodworking and so most of the ones I meet have a fairly comprehensive workshop comprising tablesaw, bandsaw, planer, jointer and sliding arm chop saw, drill press and so on. Now yesterday I met a young woodworker living in an apartment and he told me some people make a plywood base that surrounds each leg and holds a tennis ball inside on which sits the bench leg at each corner. I think a horse mat would do the same thing.

So what is the governing factor that makes so broad a difference? 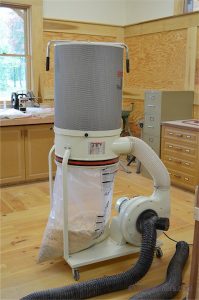 I think I can speak for both continents in some measure. One very significant influence is space. Turn a tablesaw on in the terraced house in the UK and you will soon have the neighbors beating on the wall. In fact, even in the garage it would likely be the same because your neighbors are often right on top of you. Now I suppose that is the same in high-density areas of the cities of the USA, but the fact remains; many if not most US woodworkers often own a shop full of machines. 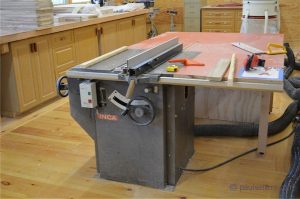 Another powerful influence that changed the face of woodworking in America was a man known as Norm Abram of This Old House fame and also The New Yankee Workshop. Whether it was good or not is not for me to judge, but it does seem that that this hero of North American woodworking changed the face of US woodworking big time and when I arrived to live in the USA I was constantly asked if I “ever watched Norm.” For some unknown reason, my working with hand tools somehow connected me with the power machine world even though there would absolutely no logical connection at all. I actually never watched Norm even once, but it’s here that we discover how in North America it became the Norm that Normalized machine-only woodworking to become the standardized way of working wood and so we discover the power of culture by what people say and what people do because culture defines people in very powerful ways. It did and does seem that as a direct result of the PBS TV presentations he delivered to camera, he persuaded hundreds of thousands of people, probably millions, to embrace the power tool world by presenting an unarguable way of working wood that removed the effort it took and also thereby the necessity of developed skill. People unwittingly admired this methodology and so we see at some level how this influenced a change that changed the way we not only perceive woodworking today, but and this is my belief, hid from sight what most woodworkers were looking for; a more peaceful and safer way to work with wood and of course the skill that that took. Even the amatuer woodworker across the continent now uses mainly industrial equipment to work wood for very simple tasks. So much is this the case, many woodworkers own no tools that are not powered by electricity or battery power. On the other hand, over in the UK, power woodworking never had that level of input, even though the programs ‘Norm’ was a part of were indeed broadcast on UK channels. It seems there was some constraint in the psyche of UK woodworkers that resisted the power world at some level and especially is this so at the amatuer level.

In Britain, woodworkers most often work in the tail end of the garage or in a dedicated shed that can be as small as 5’ x 8’. British garages are often no more than 8’ wide and the length of the car plus 6”. Again, no room for benches and power equipment. 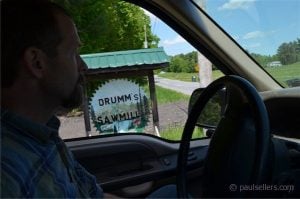 Access to wood, too, makes a huge difference. Walking around the Woodworking Show each venue, I often see two or three local wood suppliers selling locally grown hardwoods ranging from mulberry to curly maple and and quilted cherry to black walnut with many letters of the alphabet in between. Driving through upstate New York you can drive past small lumber mills, stop in and load the trunk or truck with chunky pieces of wood to build your desk or bed from. That’s not quite so easy to find in the UK.

Just thoughts really.I have taught thousands of American woodworkers to work wood using hand tool methods. There seems a higher demand today than ever before and I think that this is because of many contributing factors not the least of which is the invasive presence power machines bring to the surrounding area. 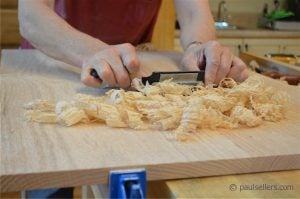 Neighbors don’t seem to mind lawn mowers and hedge trimmers, but turn on a router or a planer after 8pm and somehow the street’s been invaded by martians. Woodworking machines are indeed highly invasive and the invasion manifests for different people in different ways. Safety is highly influential in the commercial word of working wood and standing at the forefront is the high risk factor that for some reason doesn’t quite convey the same risk in the private sector of woodworking. In the commercial sector, woodworkers are compelled to wear many pieces of safety equipment not so readily available to or required for home woodworkers. Chain-mail gloves for bands saw users, chaps for chainsaw users seem common. Powerful dust extraction and safety guards on commercial units are quite impressive but go into the home shop and it all seems remarkably simple. Of course none of this is needed for the hand tool enthusiast, but what makes the biggest difference is the space needed for power woodworking. That’s something that’s unlikely to change. A solution could be to adopt work centres with machines for use by people. Guilds and societies could make a difference too. I don’t have the whole picture, but I wish i did. It would be neat to see the percentages shift a little and see kids back in the workshop.