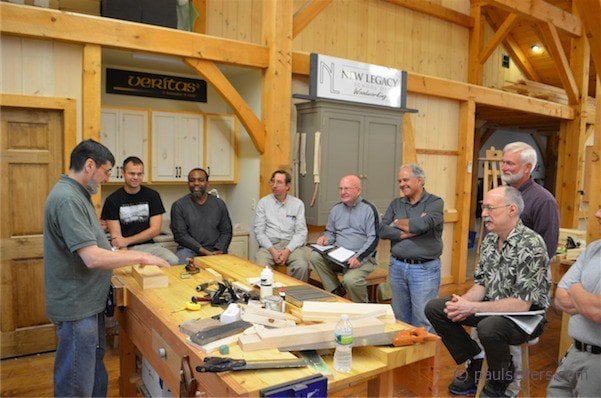 Tomorrow I arrive back in New York and I am looking forward to the two upcoming workshops. With two full classes again (same in the UK), this promises to be a time of growth and change for about 40 woodworkers from across the USA and Canada. In my line of work as a teaching maker, I find more people than ever in a constant quest for learning and self-improvement in the use of hand tool methods and techniques and that really excites me. 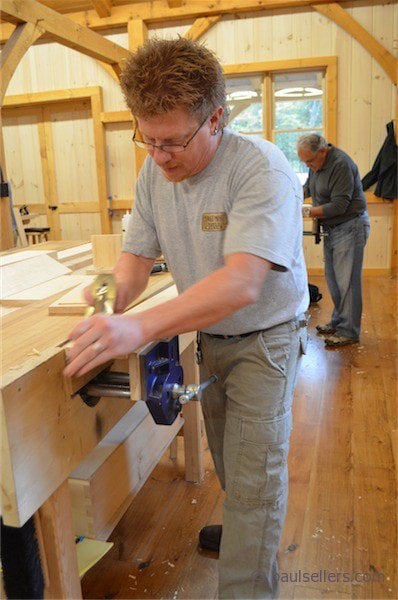 I also see more people than ever who are prepared to start at the very beginning to make certain that they have the right foundation on which to build their future. I think that traditions really count. It’s taken some time to transform the way adverse influences dictated change. For instance, did you you know that every woodworking joint, and I am talking about true joints here, has been around for centuries and that whatever we might consider new is often nothing more than an adaptation from something old and traditional. The same is true of woodworking tools such as planes and saws, scrapers, spokeshaves and so on. Most tools are centuries old too.

Over the next three weeks, during these hands-on, at-the-bench workshops, we will discuss a wide range of issues surrounding change and at the end of these two courses, people will be able to decide exactly what methods they want to use based on their increased knowledge and experience.

A Two-day Module for Every Woodworker

This coming weekend is a weekend of discovery. It’s a special time when we dismantle many myths and mysteries surrounding woodworking that for over half a century have created great confusion. Learning to sharpen tools using methods and techniques passed down for generations has preserved the elementary skills that work effectively. We combine the best of the past with more modern technological developments as a strategy that preserves and protects sustainability without compromise. 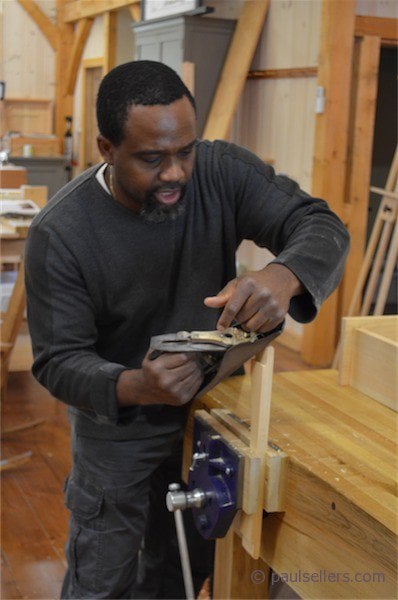 25 years ago I developed a woodworking strategy based one simple theory. I saw then that with three joints and ten hand tools you could make just about anything from wood. This coming Saturday 20 students will join over 4,000 men and women who have learned exactly that.. They will make the three joints with some other variations and discover for the first time exactly what lies behind the real power of hand tools. At the end f the weekend they will know not only how to use their tools but, more importantly, how to sharpen and adjust them for optimum performance. 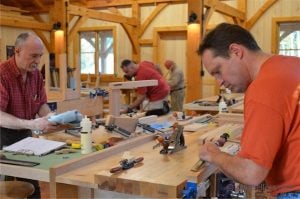 The following Saturday we begin our 9-day Foundational Course that further unlocks the confusion and not only transforms the way people work with wood but unites them with traditional methods that work as well today as they did for craftsmen throughout the centuries. Three modules demolish many false assumptions that hand tools don’t work that well when in reality they often do the job better, faster and more efficiently. As we build boxes, bookshelves and tables, students discover new levels of confidence and feel more in control of their work. 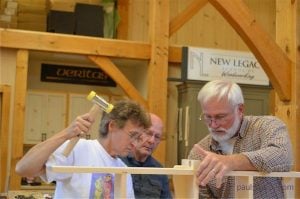 This is a fast-paced course that really works for everyone who wants to develop true skills in the art and craft of hand tool woodworking. I just finished the same course here in the UK and this is what people said about the class: 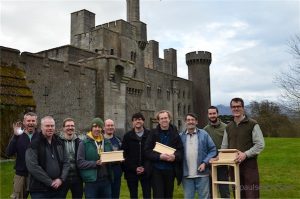 For me it was the first nine days of a lifelong course. These days exceeded my expectations. The whole time I felt nothing but grateful for just being able to be there. And I learned an enormous amount – not just about the various joints, but also aboutct concentration, discipline, and perfectionism as the clock is ticking. There is truly no substitute for hands-on directed learning, at least not for me. Just wish it could have been 30 days instead! We’ll see…

I start the coffee table tomorrow. I am not worried for a moment that it will come out any less than perfect.

At the end of his nine day foundation course, Paul Sellers wrote that his students had learned more about using hand tools in nine days than they would otherwise have learnt in months or years. After experiencing this first hand, I think he’s absolutely right. He not only teaches you how to make three essential wood joints, but also inspires you to work with concentration, care and confidence. There’s no pussy footing about here: he demonstrates a joint, or a step in making a joint, and sets you to work. At the end of the course each student makes their own box, bookcase and table – about three days per project. Each project showcases one of the joint types so that by the time the project is complete you’ve got a lot of practice in getting it right. 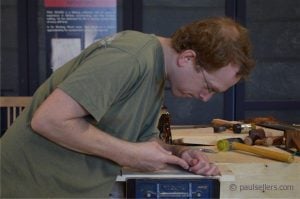 Accompanying this is Paul’s wit, sense of humour and general good nature, which makes you actually want to work hard. Paul also demonstrates how you don’t need many tools (or need to pay a fortune for them) without any fancy jigs. I do my woodworking some evenings during the week, and in the weekend, so nine full days of woodworking was a new but fantastic and intense experience. Although I was mentally and physically tired after each day, it was a ‘good’ tired feeling.

I had watched some of Paul’s video’s online, so it was a bit surreal walking into the school the first time. His video’s are actually filmed at his workbench right in the school. He teaches just like he does on his video’s, but with some essential differences: he’s right there to answer any questions, provide additional tips, critique your work and he drives you to work hard and with confidence. A nice touch is that Paul updates his blog regularly during the course and it’s great to see the pictures and read Paul’s reflection of how things are going on a daily basis.

The setting for the course (Penryhn Castle) is great. I would advise using a car to get to and from the course, although there is some public transport and fellow students helped out those without a car. The nearest airport is Liverpool, which is about an hour and a half away. There are plenty of places to stay in the area (B&B’s, hotels, caravan parks, cottages etc).

Paul started the course by saying “this course will change your life” and he was right. I have left the course with a new set of skills, a different approach to woodworking, and the inspiration to carry on and learn more.

3 thoughts on “Back in New York – Spring Workshops Start Again!”