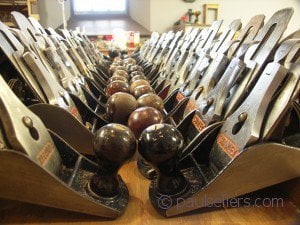 I have a plane # 604 bedrock soled corrugated and stanley 4 normal smooth soles, after flattening the soles of both working I do not find them duferencia, could you tell me what is the difference between a stanley soled corrugated and without her?. There is much controversy in deciding which is the best set of plans, the Type 11 with 3 patents is reputed to be one of the best, for you what is the best series of the Stanley before the Great Depression that followed or below.

Stanley of Stanley Rule & Level fame past has made various bench planes for surfacing and smoothing wood and one plane sparks the interest with woodworkers periodically. The issue and interest in corrugated soles surfaces from time to time because they are scarcely-seen planes nowadays and those selling them on eBay describe them as “Rare and sought after Stanley planes”. In reality most woodworkers I ever knew shied away from them and I was certainly advised not to buy them as an apprentice. Rather than repeat myself you can read up on an earlier blog as a point of reference. 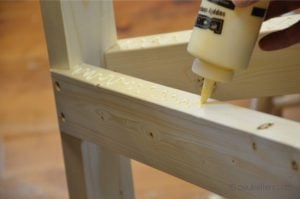 The reasoning behind the corrugated sole is that they theoretically have less friction between the sole and the wood being planed and obviously that makes some sense. Prior to the rise of Stanley Rule & Level as planemakers, woodworkers always liked wooden-bodied planes because these do ‘float’ across the surface like a skate when compared to flat metal-cast soles, which somehow suck themselves to the surface of the wood. Wider, heavier models do this all the more and especially so the heavyweights, which all modern-day offerings are. Transitioning from wooden bodied planes to all metal models was not an overnight thing. It took seventy years in fact before wooden planes became more the rarity because the wooden planes worked so efficiently and so effectively. (If you ever get chance to purchase one of Phil Edwards planes from here in the UK you should do it. His planes are truly wonderful and well worth the shipping charges and the wait. I love his work and can recommend it.) Counter to that even more, the new Stanley Bed Rock models with their wide cutters and cast metal bodies was a challenge for Stanley to sell. He struggled to get woodworkers to accept them for decades. Today the problem is exacerbated all the more but because people have no reference, heavy-bodied thick-ironed planes are becoming more accepted and may well be destined to stay because in actuality there are no modern alternatives producing quality work and workmanship in lighter models. The plane makers today are making the same basic Bed Rock pattern planes using the same methods of manufacture and the same materials but on three different continents. None of them are making the #4 Bailey pattern, which I think is a shame because it was such a good plane. As can be seen, the corrugated sole was supposed to address the issue, but craftsmen found that the shavings stuck in the corrugations more than anticipated and ultimately people preferred the smooth soled planes and stopped using the corrugated types. I have owned a couple through the years and when you get used to them they are lighter to use. You will find yours is fine and with certain woods the shavings are less likely to stick to the sole and the sole is marginally less likely to stick to the wood.

When it comes to Stanley plane types I am afraid I don’t really get into it. My only stipulation in general is not buy ones with plastic handles, or generally ones made after the mid 1960’s.