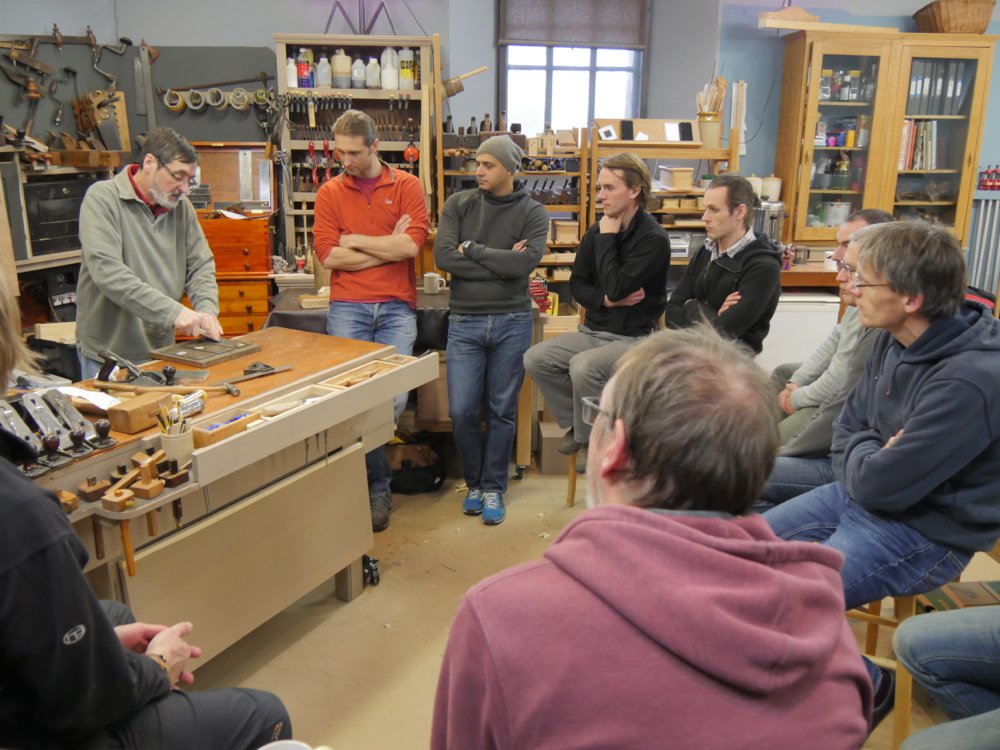 This is the first nine-day foundational of the year and I wonder of it’s a sign of change as I look at the demographics. It’s rare but this class is all male and the average age has dropped from the mid early 50’s to around the mid 30’s. It’s a low-maintenance class and for the first time ever I think they were all within a few minutes of one another as we closed the door this evening. 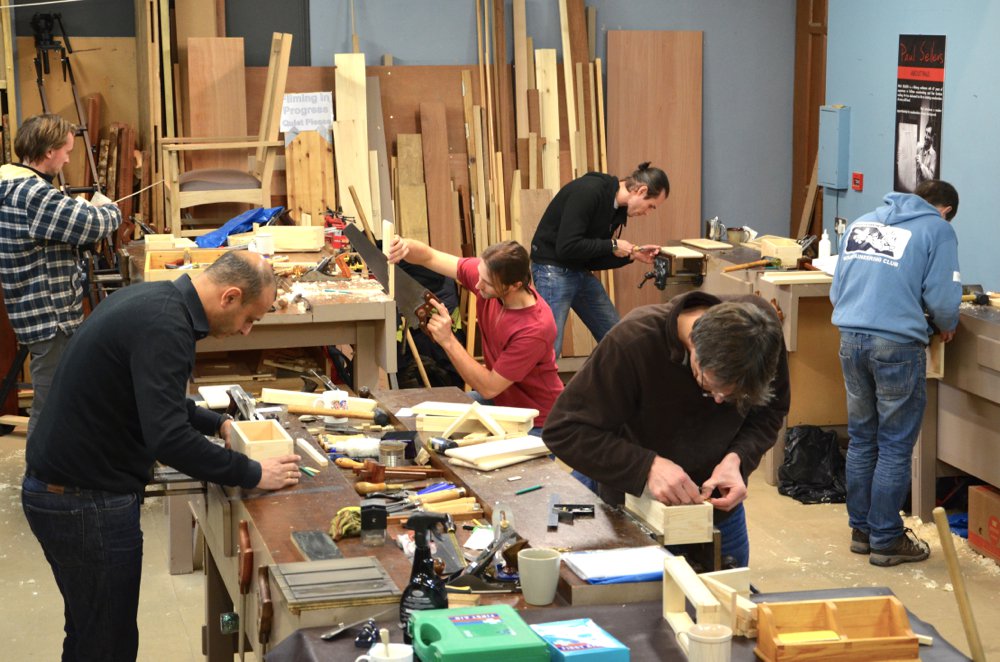 They cross from bench to bench from time to time throughout the day and talk about their work, their thoughts and the tools they’re using.They joke with one another and now they are sharing how the were amazed and disappointed. 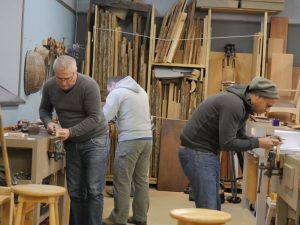 Gutted and ecstatic and all within a few seconds of each other. It’s nice watching them become friends like this. 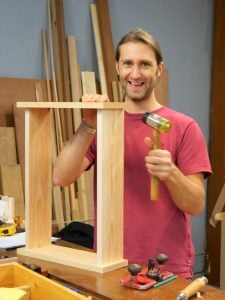 Two of the men work for the same organisation in the same building and had even seen each other at work but never knew one another until this week. It’s somewhat surprising but I suppose at least half of them come from other countries and that has been a definite shift from when we held our first classes. 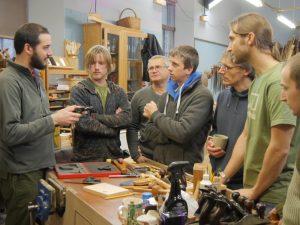 Men born in Tunisia, Lebanon, Austria, Spain, Ireland, Wales and England are all working together with a common love for woodworking bringing them the the New Legacy workshop in a castle in North Wales. Another aspect of the demographic is that five of the ten men want to become woodworkers and include it in their living as part or all of their income producing work. Two if them already are woodworkers. 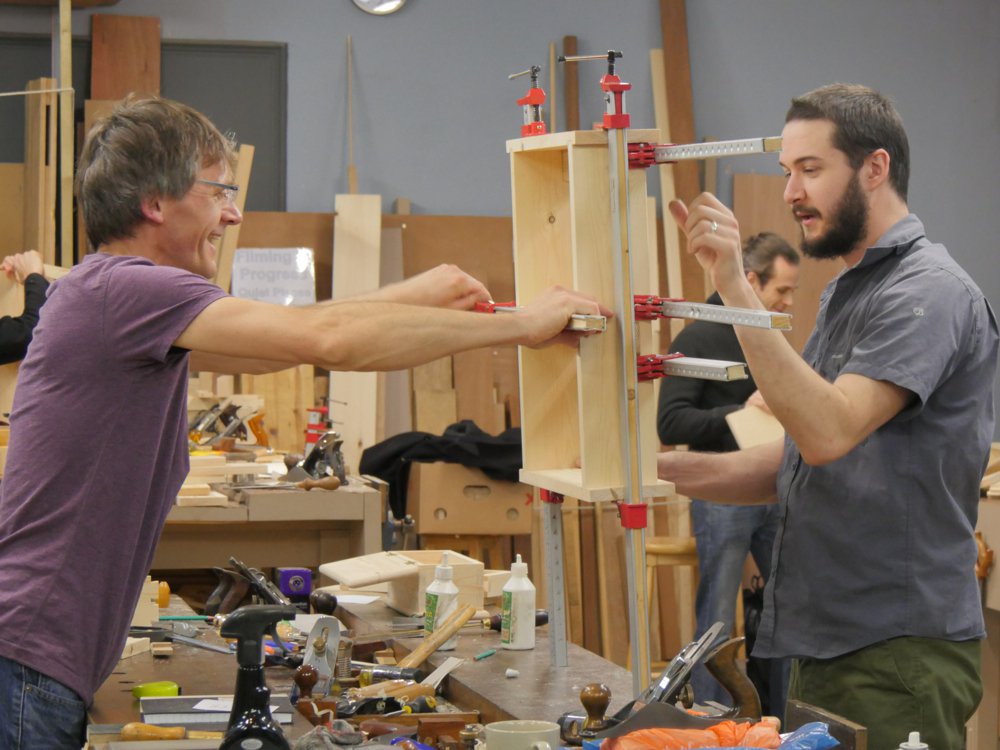 This is another shift. Before this class most students never saw this as a real possibility, but these men do. 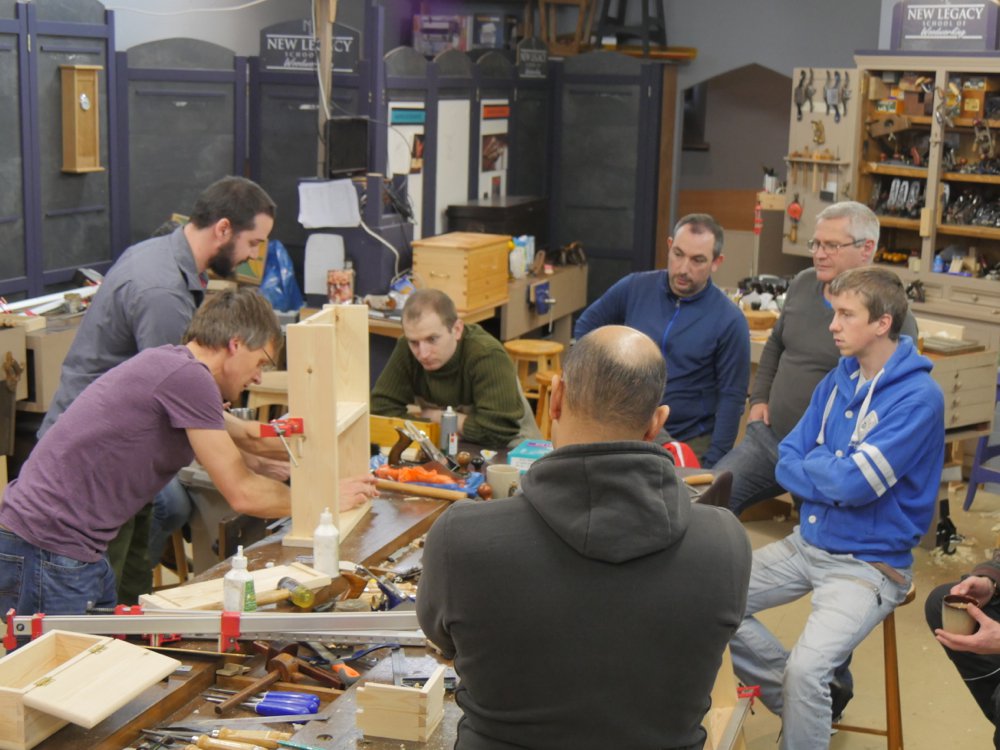 If you listen to them, as they chat back and forth, you hear a heartbeat of woodworking pulsing rhythmically back and forth. The planes are a source of conversation as are the jokes about the Aldi chisels or the poor man’s router. It’s organic, this pulsing beat I mean, just watching and listening and I feel my own spirits soar as I go, “Yes!” this is working, they are listening and they are learning lifestyle is very, very real. 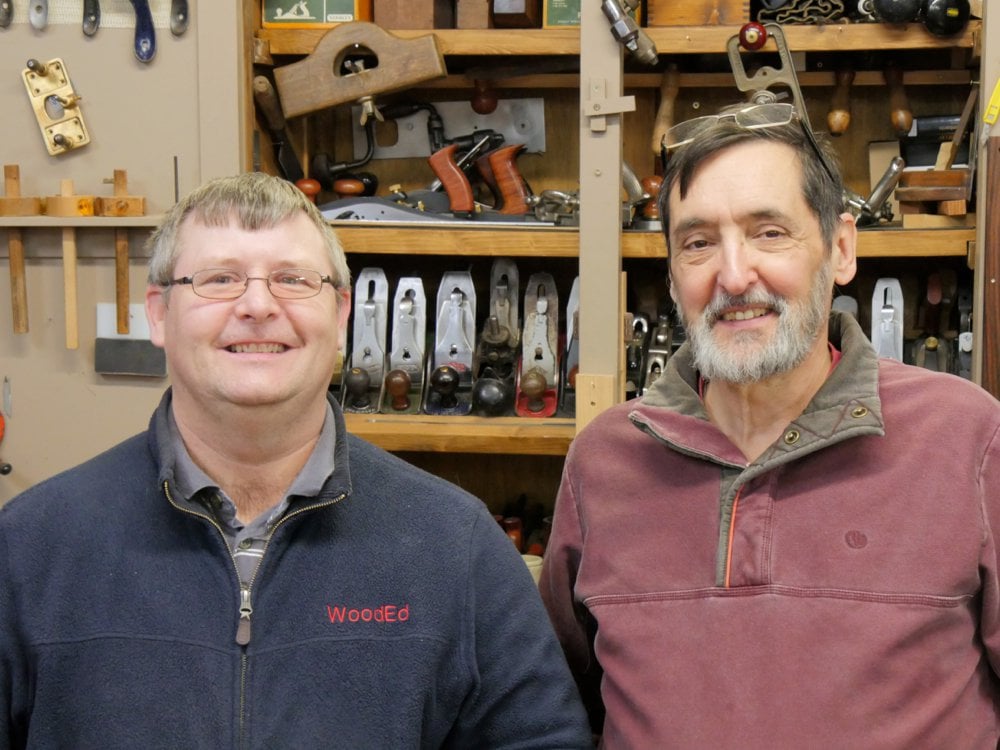 Yesterday Eddie Flynn made it in to the workshop for a little while. Some of you know Eddie for his volunteer work helping his fellow woodworkers on the woodworkingmasterclasses forums. We had a good old chin wag as he shared some of his vision for establishing a new Men and Sheds group in his region of Liverpool. 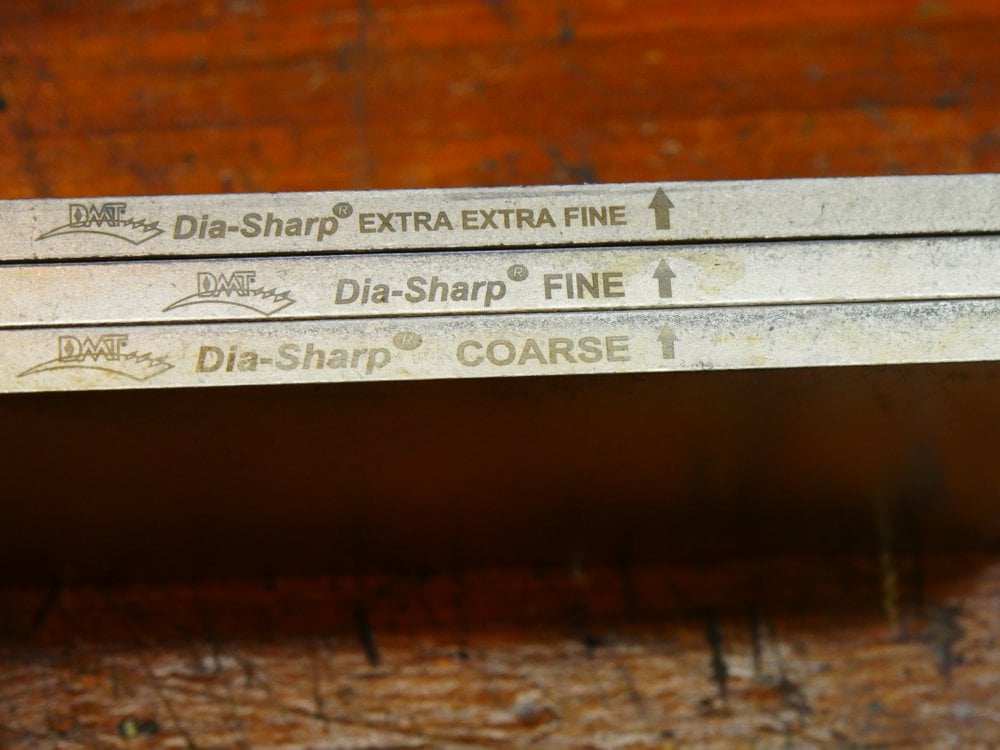 I return to my work testing out some of DMT’s Dia Sharp sharpening plates to see how the grits worked on fifteen chisels and three plane irons. 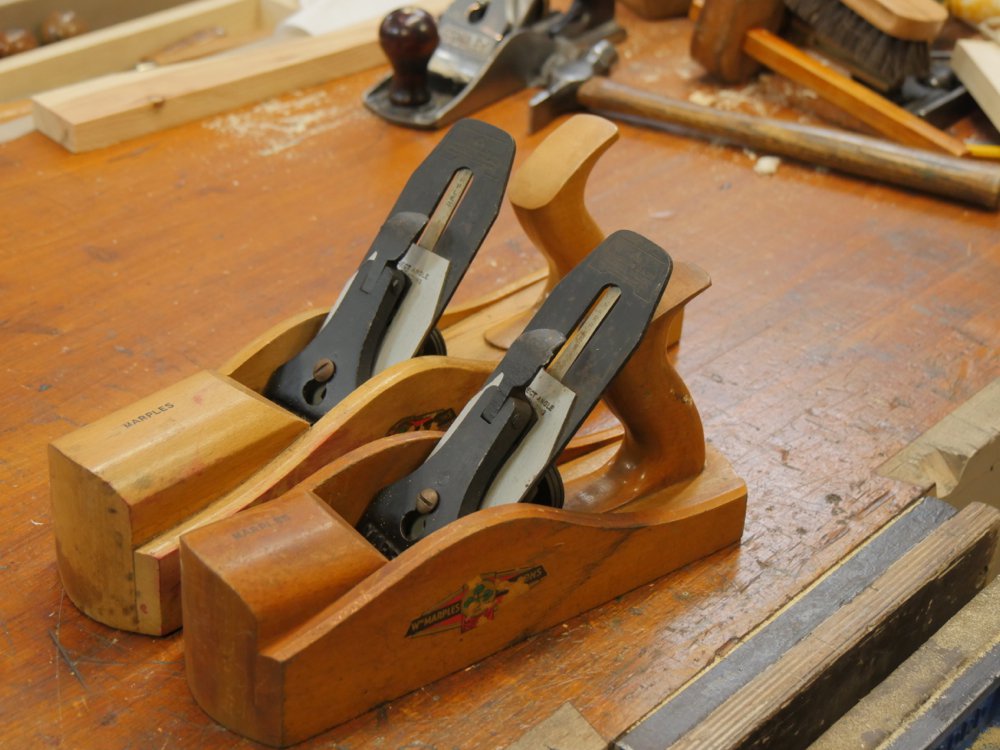 I also unwrapping two new old-stock Marples wooden planes and then finished off making a square awl with a propane torch and some O1 steel. 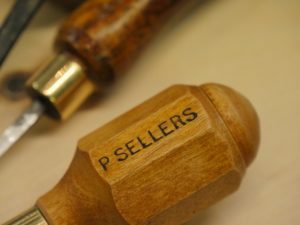 I write some passages for the new book and look at the new pictures we have from the photo-shoot last week. Stunning, just stunning. Phil passes me another cup filled with freshly made home ground coffee and I sip  and think to myself, “How is all of this possible?” It’s really happening at last. After three decades fighting my corner for lifestyle woodworking. Three decades dismantling the damage  has proven all the more worth the effort. 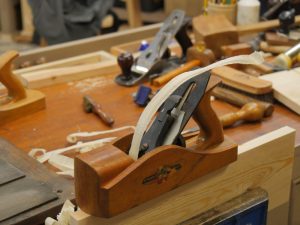 New woodworkers are being born and are yet to be born and we are equipping people and making it happen! One million people, one million, will watch or read about our work in using hand tools again this month. Actually, more.  I’m teaching a class and planning two new books that will hopefully bring more and more sense and meaning to woodworkers around the world and it means something. I suppose I shouldn’t really call this going to work.

← The Demands of Thick IronsWooden Planes and All Metal Ones – What’s the Difference Anyway? →