“It’s no secret that I do not like heavy bench planes of the #4, 4 1/2, 5 and 5 1/2 sizes. I feel that they are generally excessive and costly and especially is this so for new woodworkers. I believe I speak truthfully on this issue and even after fifty years of working wood I still rely almost solely on the the planes numbered above for my daily work. With these four planes I can do anything I can with other planes.”

I am not sure I follow what you are saying. Are you saying you do not like the Lie-Neilsen “heavy” planes but do like the old Stanley Bailey planes of the #4 to #5 1/2’s? I have never held a Stanley Bailey, are they lighter than the LN’s? I thought the LN’s were patterned on the Bailey’s. Am I missing something?

I am a beginning woodworker using a mix of power and hand tools but trying to slowly wean myself from most, or all, of the power tools. I am learning a lot from your YouTube videos. Thank you for providing them. 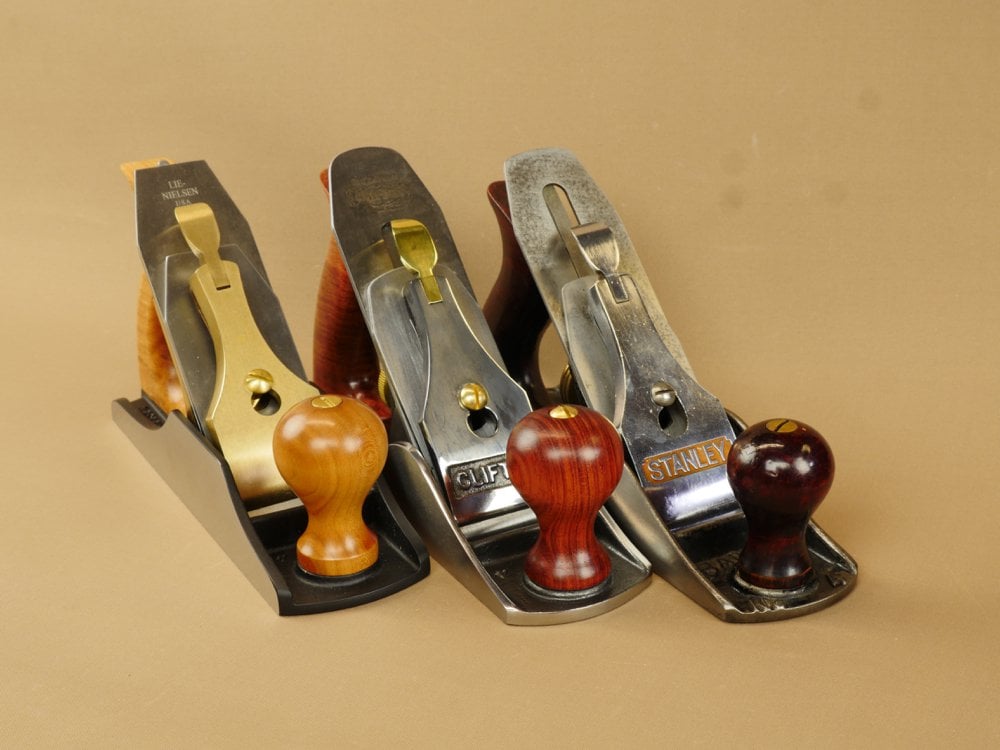 Whereas Lie Nielsen, WoodRiver, Jumma, Quang Sheng, Clifton and others are all copies patterned from Leonard Bailey’s formidable plane range, these planes have indeed gained weight (physical) over the years too. It is also true that the standards on all of them are pretty high but that they are all very much the same plane. Wouldn’t you think that just one of them could give us something new and innovative. It is pretty boring when you go from one to the other and then another and you say to yourself they are all the same. None of these makers invented anything but copied what was already in existence in the same way many makers copied most of the Stanley planes when the patents ran out. In the case of the heavyweights it just happened that they all plumbed for the Bed Rock pattern but not because it was the best but that no one was making them. Lie Nielsen was the first and then the others wanted a slice of that pie too hence the birth of Clifton planes in the UK, WoodRiver (crummy name) and subsequent to that we saw the Chinese move in because this great North American chain store retail franchiser needed their own model and couldn’t find a maker to supply them. Most of the commonly known plane makers were actually gone or on their way out with the advent of scaled down industrial machines designed for the home user but then people started to investigate hand tools as an alternative to the machines and a niche market opened up whereby so-called high end planes came to be. 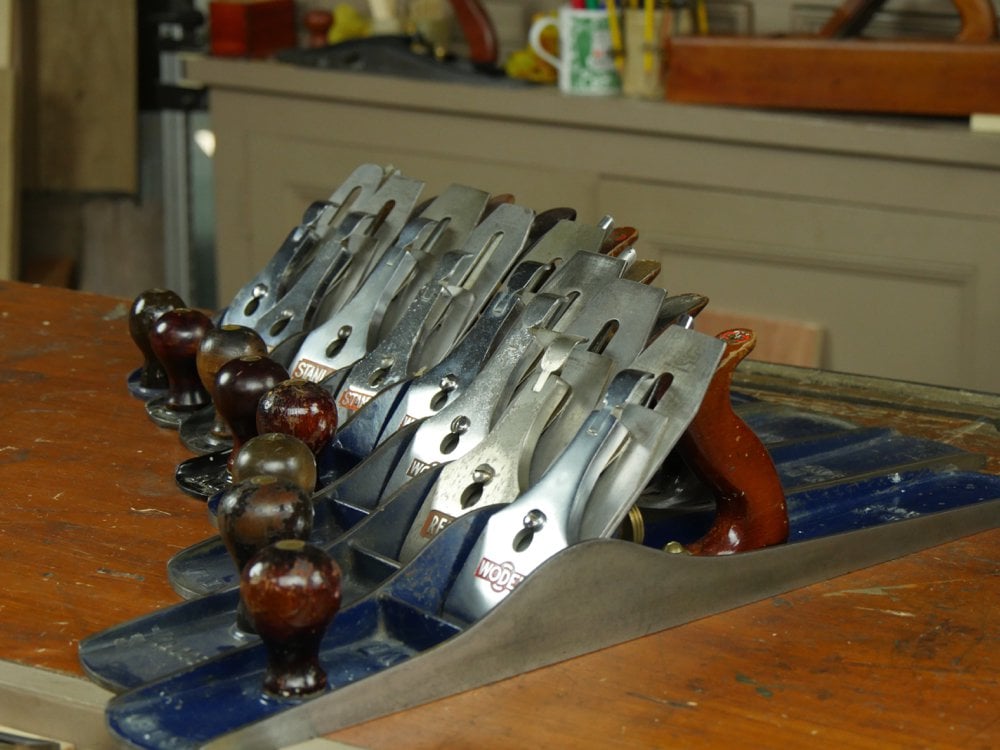 I don’t think that this was in answer to a need so much as a lack of working knowledge of the planes. There was a long period when planes like the Bailey-pattern were considered inferior to what was emerging but the reality was they had no champion to fight Leonard Bailey’s corner. In the hands of inexperienced users the old ones you list seemed to jump around and then someone said that heavy planes with thick irons solved the problems. Of course they didn’t at all, they had the same issues. What was different though was that they arrived sharp and set in the box so at least they would work for a few weeks if taken care of and not reset. Of course this only postponed what has to happen eventually and that is to understand the plane, any plane, the best thing is to take it apart and put it back together time and time again as you would a hand gun or a rifle. Do it in your sleep so that you are always ready for action even in adverse conditions. 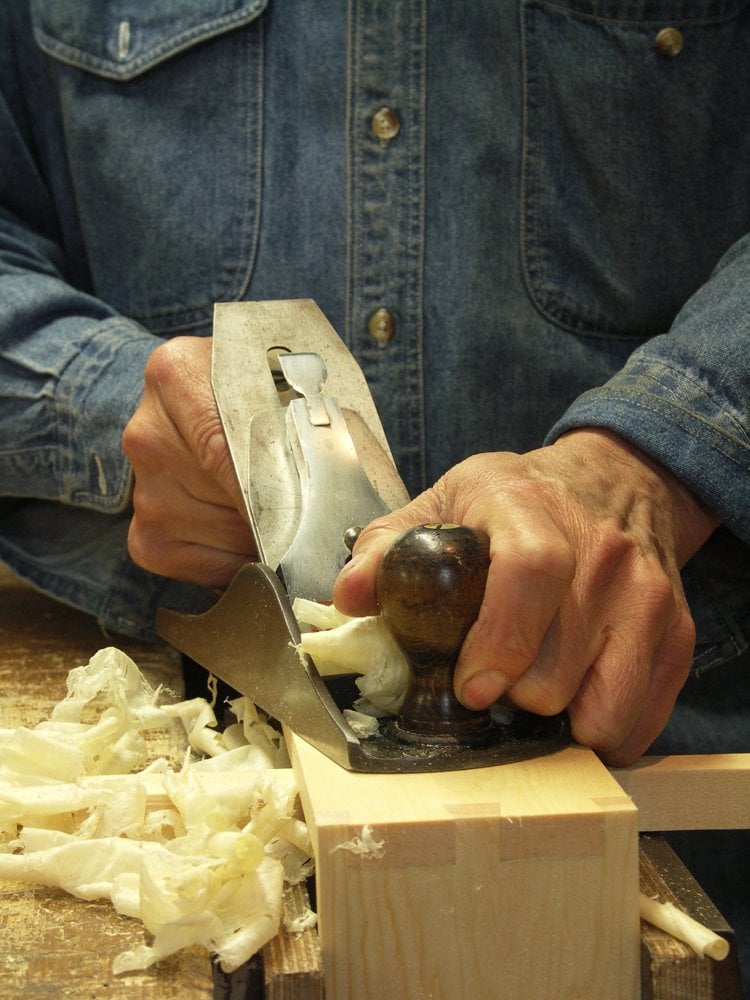 I say all of that to say that the engineering fraternity have as yet to come up with one that weighs in the same as the Bailey pattern planes. You are right, Leonard Bailey did indeed invent the planes we are speaking of with the only difference between a full-blown pure-bred Leonard Bailey plane being a minor introduction called the Bed Rock pattern frog. Whereas people selling Bed Rocks extol the virtue of the sliding incline where the two chunks of metal slide against one another with an awkward mechanism inside for adjusting the planes mouth, what  no one talks about is that this automatically alters the depth of cut to a miss-set position. The reality is that we woodworkers hardly ever need to adjust the throat opening in the first place. In fact, in my 50 years I have only altered the throat opening half a dozen times and it made little if any difference to the awkward grain I was trying to work on those different occasions. Add to this the fact that such an adjustment ALWAYS alters the depth of cut and you face even more adverse reality than any problem you might be trying to resolve in the first place. The fact is that the Leonard Bailey plane CAN be adjusted without removing the plane cutting iron assembly, if you know how, when everyone tells you it can’t. Another plus for the Bailey is that resetting the frog to change the mouth does not alter the depth of cut; that is no small thing and indeed is another plus. 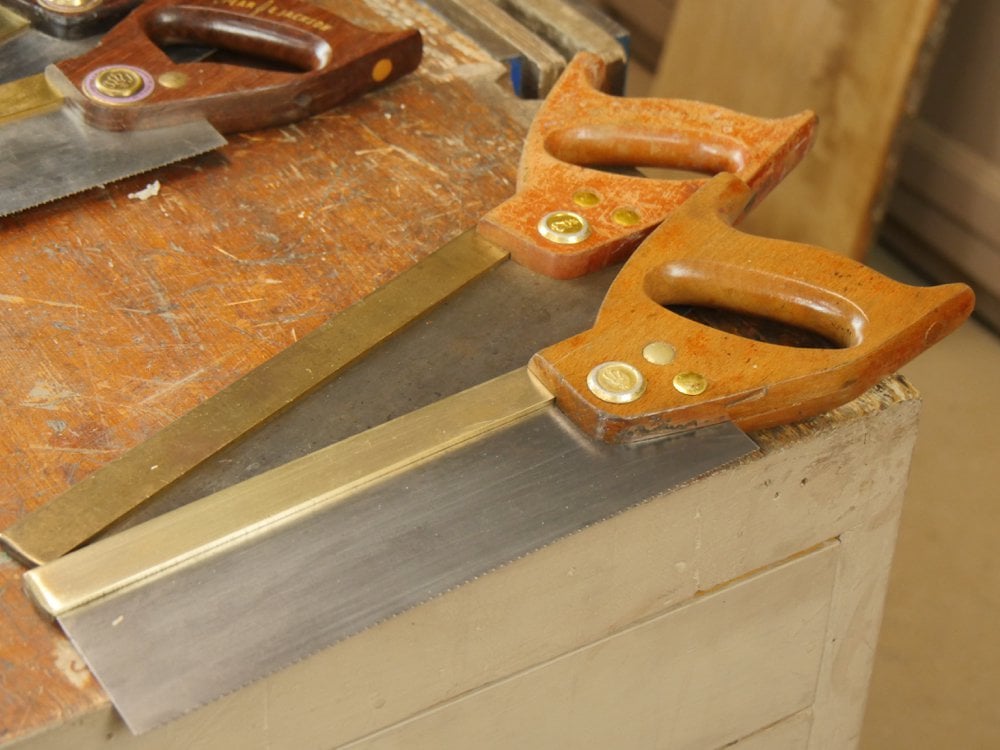 Now as to your saws. Truth is that there are really only two saw makers from Britain these days. One of them, Spear and Jackson, don’t really have much of a clue about saws these days. Certainly nothing like the original owners of the company. They are marketing strategists relying as many such companies do on their daddy’s reputation. The old name still counts for something. All of S&J saw are made in Taiwan so they are not a British made saw. Then on the other hand you have Thomas Flinn. No one connected to Thomas Flinn has any connection to the maker Thomas Flinn as in the man Thomas Flinn. Nor do they know Roberts or Lee of Roberts and Lee or Pax or Crown or William Greaves. What the owners of Thomas Flinn did over the years was buy the names of these saw makers when they went out of business and applied them to their saws. Until the internet developed its fully orbed probe to provide its unending supply of information everyone thought these saws were different makers in Sheffield. The reality is they all come from the Flinn stable.

As to your Tyzack Turner saws. I am afraid it is unlikely that these were produced by Tyzack and Turner as such but by some other saw maker putting their names on the saws. That said, there is nothing wrong with the saws. They are good saws and I own some of them too. I am afraid you have look a little deeper beyond the labelling with some, not all, UK makers. Not much is truly made in the UK if you start digging around. There are some that try to keep the standards and I hope we will see more tool makers emerge in the coming years.