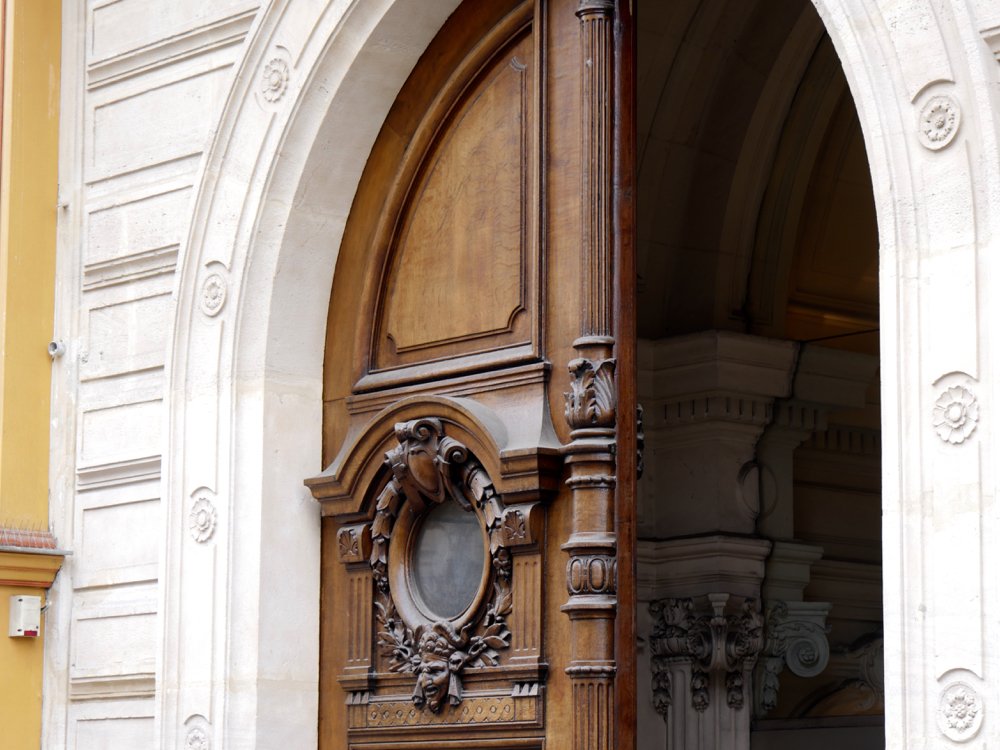 I was in Reims and Paris a week or so ago, just before the bad weather but not in good weather either. The thing that struck me was the decline in skilled work and craftsmanship and then the decline in maintenance outside of the capital’s key buildings being eroded by foot traffic of a world of global tourism. Magnificent buildings of course nurture national pride no matter the nation, that’s what the massive iconic structures and statues were designed to do. Aside from such iconic structures drawing the eye and admiration of all, there were men and there were women, perhaps in some work mostly men and in others mostly women. Genders split apart anyway, who carved and shaped a culture we recognise as belonging to France or England or Scotland. Divisive to divide 196 counties rather than unite I suppose. 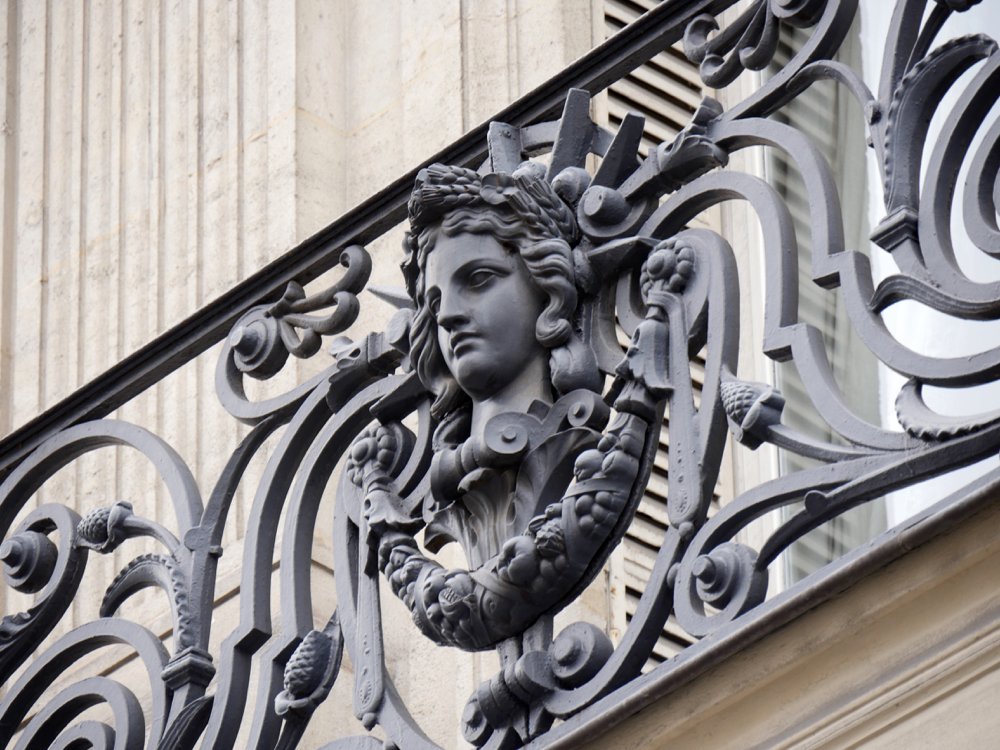 This week, spending restful time in Oxford six miles from my home, people, mostly Asian tourists, stood like statues in front of Oxford’s iconic buildings with their arms extended holding telescopic poles that clawed their smart things and snapped pics to impress people with before they even return to Asia. Of course we all do similar things by degrees. What struck me was that whereas people took pictures of recognisable buildings, they didn’t seem to be looking at the buildings themselves at all. I suppose the culture of ‘me‘ is taking ever-more ground, but what also struck me is that no matter the country and no matter the buildings they are indeed eroding and there is no longer the wealth of invasive cultures to feed the brute that built arches and cathedrals and towers and such things that merely expressed the dominance of one culture over another. 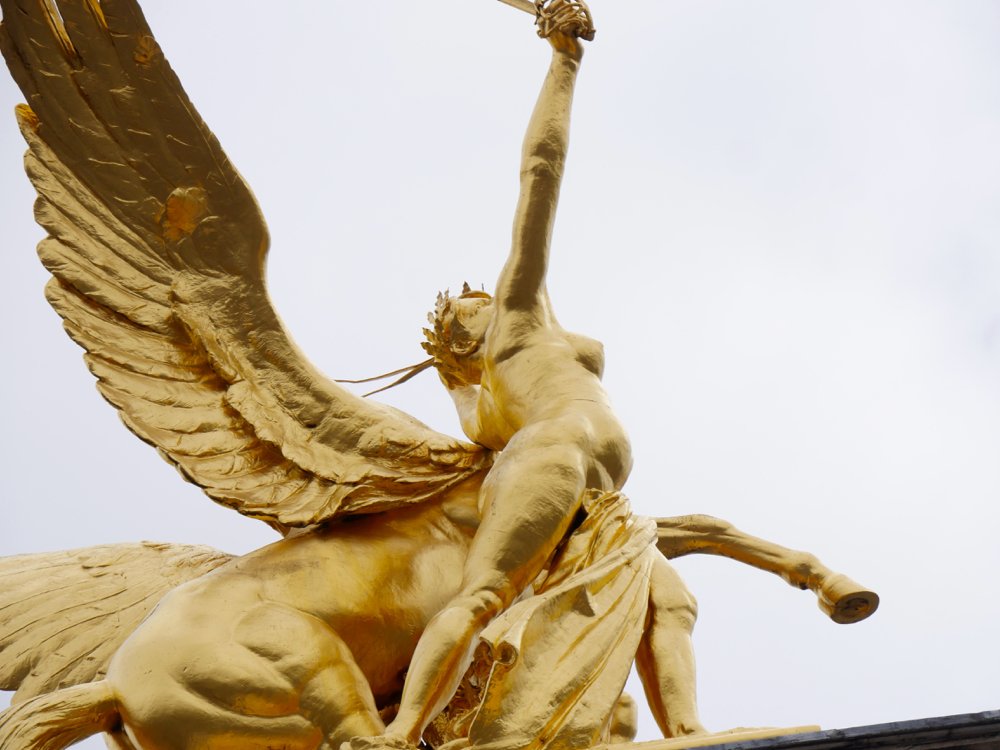 Of course there is no need for a fancy gold statues of naked triumphants returning from undiscovered worlds and bold eagles exemplifying aggressive dominance. This is now internalised in peoples. 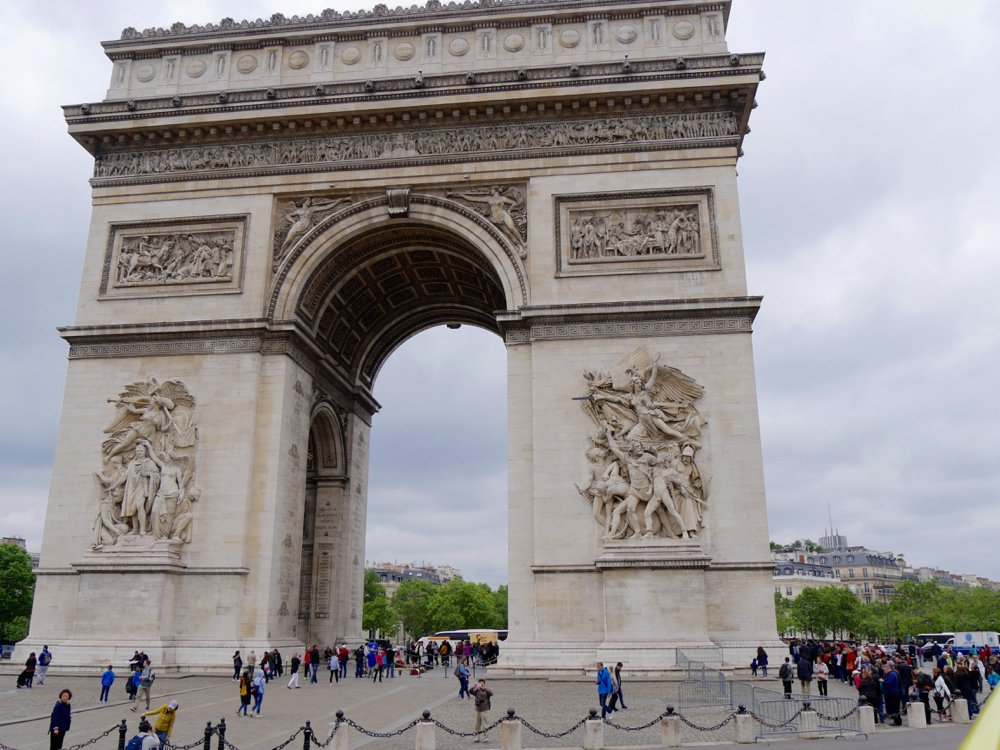 I watched people in a cafe sit drinking and eating beneath some love art work produced by a carver. last week I sat and stared at the work of french cravers now long dead. It’s the same the world over. Whereas we may have one person who can capably and efficiently carve and make a living from it, possibly, there would have been 2,000 carvers 150 years ago. I don’t know how I feel about that but what I do know is that those days of creative work are over. They will never return. 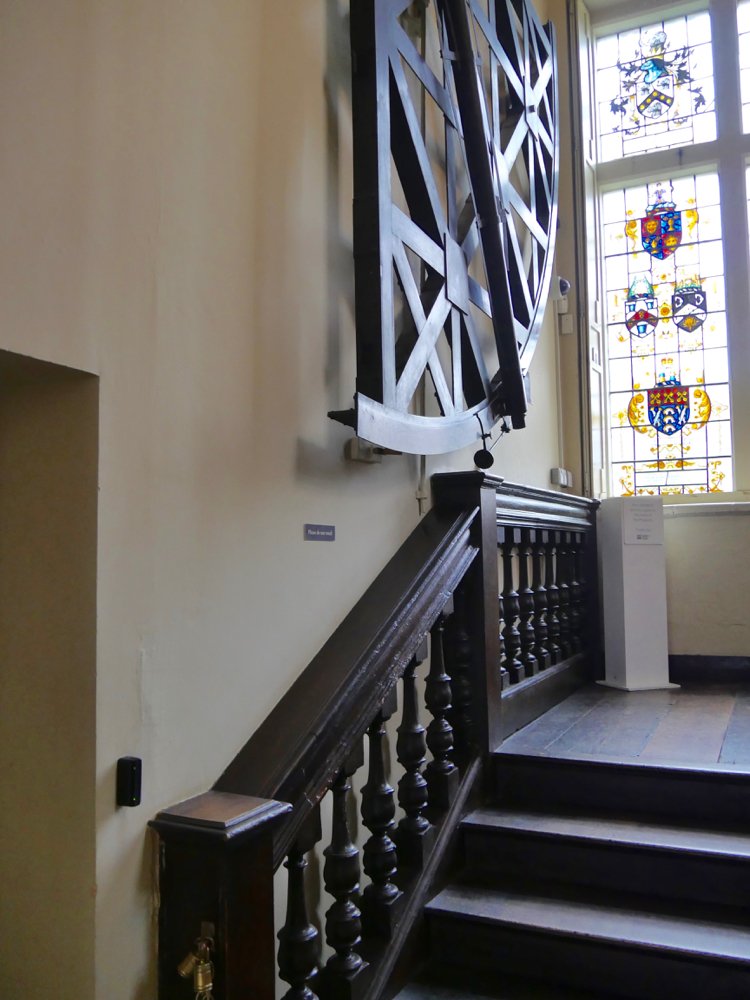 It is of course a reality that if France has its triumphant expressions of success so to do most other countries of Europe. For me it’s the eye of the Industrial Revolution that intrigues me the most and the reality of woodworking throughout that era. 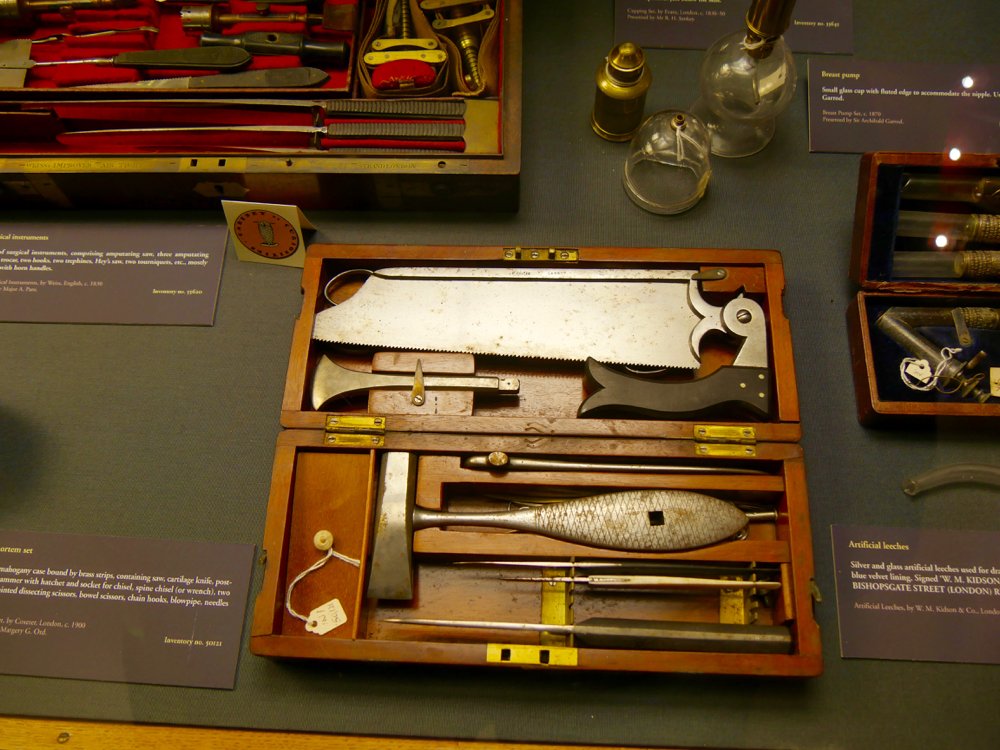 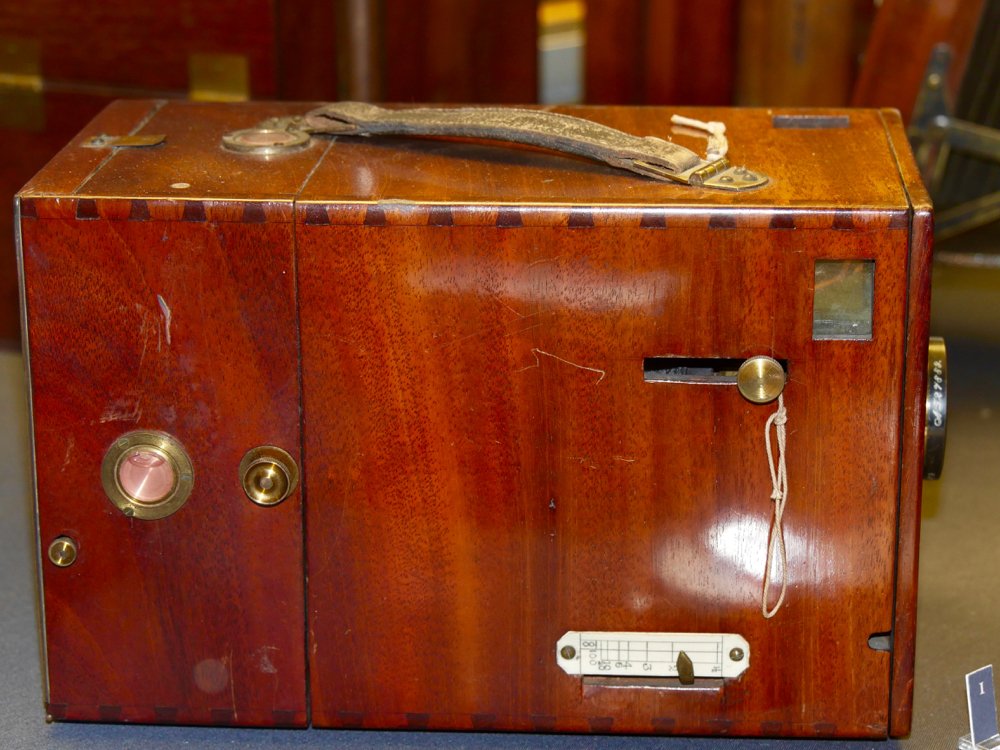 In the Scientific instrument museum in Oxford I was struck by the amount of wood used in the construction of instruments and also the protective casings that held them safe. Multiple floors and casings kept them for the generations to muse on. let’s face it, all of these instruments were the precursor to the ever smarter smart phones that allow owners to access a million times more info than the instruments in the museum. 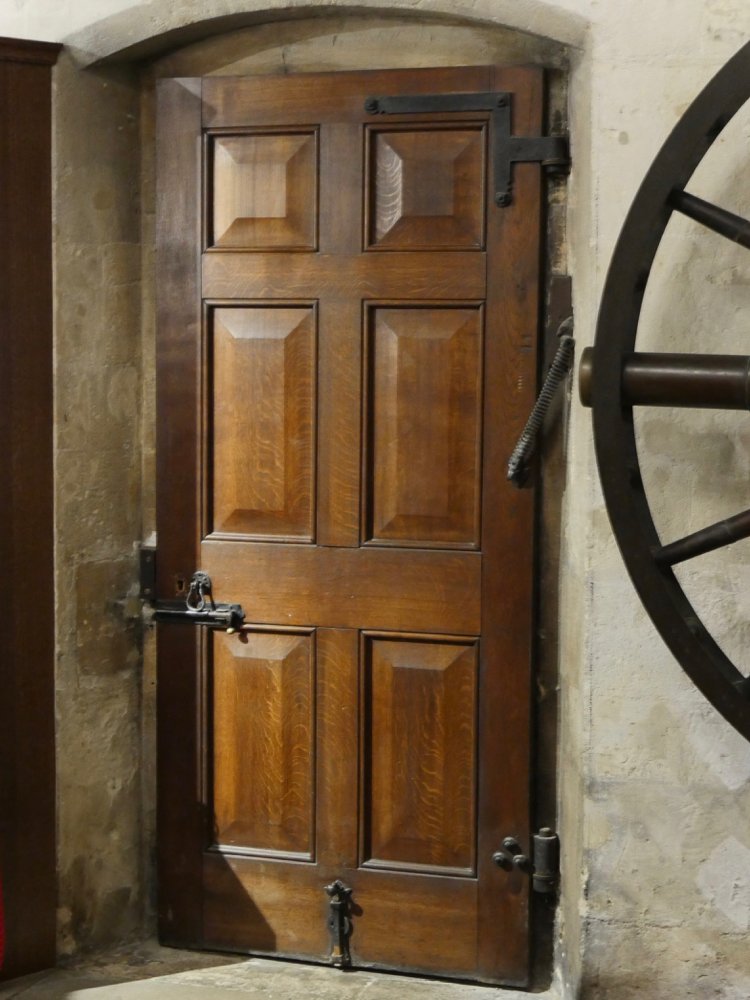 Actually, that may be true if I use the word ‘access’ but the instruments, in the hands of those that developed them, provided much more. Imagine what they would have done with a smart phone! Actually, that’s probably not true. Perhaps they would have competed in games dumbed down to two thumbs too. I suspect not. Some people see beyond life’s games and are ever-plumbing the depths for newness and new knowledge and technology.

I do look forward to the future with apprehension on the one hand and hope on the other. who nows what will shape the cultures f the future. I wrote this following my trip to Oxford and Paris: 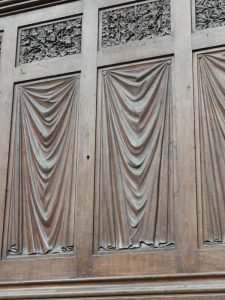 I looked up from my coffee and saw a lovely art work and knew that the man, anonymous in the carved relief, was done.
A thousand carvers died and so too the craft slowly dies to soon be gone.
No man will carve such skilled things of creative art in future days unfolding.
A lost living seems now to have no value.

Someone devised a copy CNC machine to rough-carve deep elements to size a leaf, a flower petal and a linen fold in wood with no soul.
He asked a woman to carve what the machine could not bring to life.
She walked from him and never carved her living again. 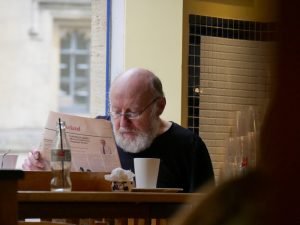 So the man reads his news-filled paper beneath the art carved and never saw the enriching work.
The coffee cools and he sips and laments that banks are dishonest and politicians lie.
He never knew the honest man that carved the honest art and laments not the loss of art that will never come again from the gouge and the chisel’s edge. 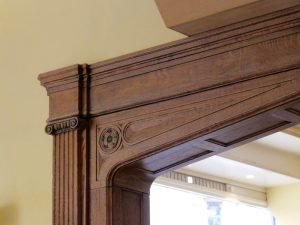 One day the cafe will change hands and sell out to a smart phone company selling its smart sleeved plastic virtuality beneath the lost and hidden artwork covered by smart phone signs.
And the texture of a man’s lived life in Oxford will one day disappear.

42 thoughts on “Does the Past Have a Place in the Future?”