So what do you do if a tenon snaps off when you least expect it? Such things happen, after all, and you have already invested good time in the buying and milling wood, forming tenons and even shaping the wood for its place in the whole. I have had it happen with dovetails too. It’s as if a tooth was pulled or something like that anyway. There is no doubt that such things can be very frustrating. The ultimate then becomes a question of integrity. Is adding a false tenon less than acceptable in the grand scheme of things. By doing such a thing does the joint have integrity and then of course your own integrity might be called into question too. After all, is this what your customer would or would not want? On the other hand, many if not most professional and amateur furniture makers and woodworkers actually rely on third-part components to unite the parts in place of a joint created in the solid wood itself. In whichever realm they choose they can be dowels, biscuits or dominoes, all of which are made from solid wood. But still, for the joiner and furniture maker, you know, the maker known for actually making real joints and not assembly parts for mass making, there has to be the question of personal integrity. The line for me is drawn here. If I am making a piece to sell I would replace the piece and eat the cost rather then sell something to a customer knowing that the piece is flawed by such a thing. My customers came to me knowing that I would make the project to the very best of my ability. There’s an expectation that goes with my work and and anything less is unacceptable. 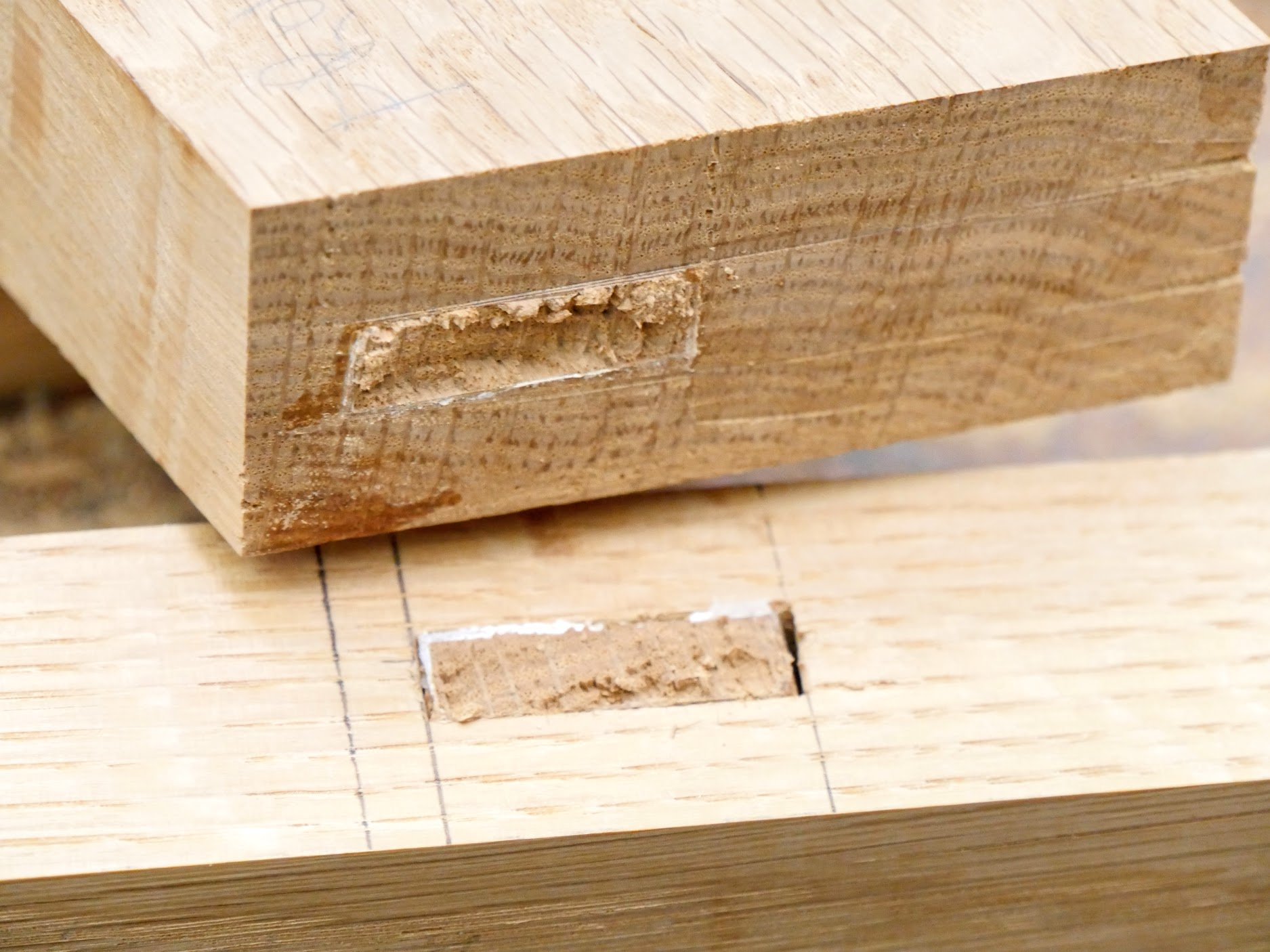 Whereas repairing a missing tenon with an implanted one is absolutely acceptable in a piece in for repair for whatever reason and from whatever source, repairs in new work can indeed become questionable but not necessarily unacceptable. For example if something falls onto the edge of a new cabinet and damages the corner of an edge I would have no issue cutting out the flaw by ripping down the length of the top and adding on an additional half inch or more. This type of repair to new work is simple and often undetectable and most cabinet tops and tabletops are made up of several pieces by lamination as a matter of course anyway. On the other hand, depending where the damage occurs, a repair could render a piece unsafe. Ultimately the decision is yours. An apprentice once asked me if he could glue a long-grain break on a chair leg once and I told him emphatically, ‘No!’. “Why?” he asked, “isn’t the glues joint stronger than the wood?” “Perhaps.”, I answered. “But what if it is still breaks on or near the glue line? Then it could be argued that you knew of the weakness and glued it.” Any piece that you make that possibly becomes a safety issue should be replaced. In the case that follows no such concerns exists. Further more, however, I do not intend to sell the piece anyway, so it’s not an issue. In my case though, and it may well be a contributory factor in my decision making, the oak rail was a complimentary grain where the component was a perfect colour and grain match–it was indeed irreplaceable in the grand scheme of things. I decided I could indeed fit a false tenon to my rail. It certainly wasn’t a safety issue and neither was it a weakness. I have no intent to sell the piece either. By mortising the end of the rail 2 1/4″ in to create the pocket I wanted I soon had the new stem installed.

It’s never easy to mortise end-grain with just a chisel because of the nature of the grain, so I bored out most of the waste first, which works well. I made the replacement tenon fatter than the mortise so that I could refit it to the mortise hole.

Once mortised, and with the tenon fitted to the rail, I then used two-part, two-ton epoxy to glue the tenon into its new hole. I do this rather than using PVA because I have no way of guaranteeing that no voids exist inside the hole.

Putting a little excess glue in the hole and then applying force via clamping the tenon under pressure with clamps means the glue is forced up and into the walls of the mortise.

With the tenon glued, and allowing the epoxy to fully cure, I am confident that the joint will hold.

So these are the ways we evaluate the integrity of our pieces. It’s not whether we will be ‘found out’ but whether we measure up to our customer’s expectation or indeed the standards we have set for ourselves. I know for me that I will always feel better if I have gone the extra mile.

14 thoughts on “When a Tenon Snaps”